Get the app Get the app
AOPA will be closing at 3:15pm ET Thursday, December 1st. We will reopen Friday morning at 8:30am ET.
AOPA Members DO more LEARN more SAVE more - Get MORE out of being a pilot - CLICK HERE
News & Media Automation saves another pilot

Aviator meets engineers behind the system

The U.S. Air Force has declassified the cockpit video from an F-16 training flight in May during which the pilot lost consciousness and his aircraft handled the ground avoidance. Work continues to bring this technology to general aviation.

The pilot, a foreign national training with the Arizona Air National Guard, and his U.S. Air Force instructor visited Edwards Air Force Base in California Aug. 25 to meet test pilots and engineers who developed the technology now credited with saving four lives, a visit reported publicly by the Air Force Sept. 3. The release of the declassified cockpit footage gives viewers a clear picture of what would almost certainly have happened to the pilot (who has not been publicly identified other than by his call sign “Ocho”) had the automatic ground collision avoidance system (Auto-GCAS) not been present and active.

The pilot lost consciousness unexpectedly during a routine training maneuver that progressed to an 8-G pull. The instructor’s increasingly anxious and repeated shouts into the radio, “Two–recover!” went unheeded by Ocho, his F-16 in full afterburner and accelerating to supersonic speed in a 55-degree nose-down, inverted dive.

“I started to roll and started to pull and I’m following (the instructor pilot) with my eyes,” the pilot described in the Air Force article. “The next thing I remember is just waking up and hearing ‘recover.’ It happened so fast. Usually, (when experienced at pulling Gs), most people get tunnel vision that gradually comes in. That’s what I always get, but that day I didn’t get anything.”

The automated system that took control, rolled Ocho’s F-16 upright, and lifted the nose to a safe attitude (with just a few thousand feet to spare) on May 6 has been in development for three decades, a cooperative effort by the Air Force Research Laboratory, Lockheed Martin, and NASA. According to the Air Force article, the pilot and his instructor, Maj. Luke O’Sullivan, also visited the NASA Armstrong Flight Research Center in Edwards, California, during a kind of victory tour celebrating the latest “save” logged by Auto-GCAS. NASA reported on that visit Sept. 20.

“My memory is that I started the fight and then I could see my instructor and the next thing I remember is just waking up,” the pilot told the NASA engineers. “It feels weird because I think I’m waking up from my bed. In my helmet, I can hear him screaming ‘recover, recover’ at me and when I open my eyes I just see my legs and the whole cockpit. It doesn’t really make sense.”

It took perhaps 30 seconds for Ocho to bring his F-16 under control.

“The first thing I thought about was my girlfriend, and then my family, and then my friends back home, and the thought of them basically getting a call,” he told NASA.

NASA project manager Mark Skoog has worked on autonomous systems throughout his career and said in the Sept. 20 NASA article that fighter pilots once resisted the technology. Skoog was not immediately available Sept. 20 to learn how much has been done to bring this technology to general aviation aircraft. 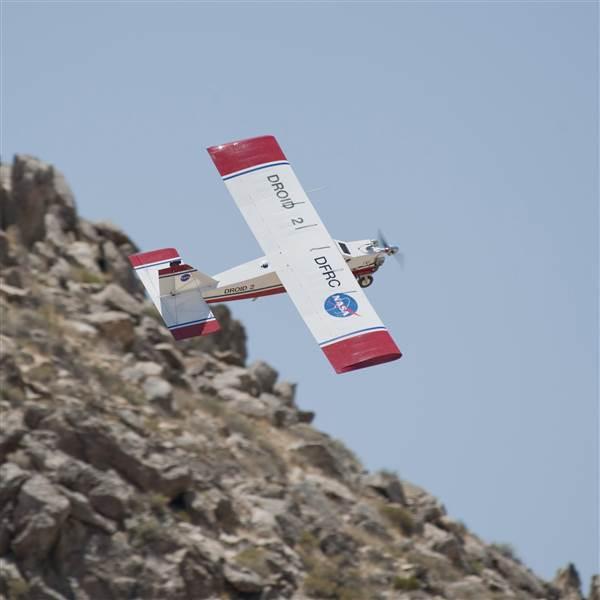 “There were some instances where we saw families of pilots who’d been lost in mishaps and we knew that it could be prevented,” Skoog said in the NASA article. “It was very challenging. There’s a personal burden and a clear moral responsibility to get the message out to the decision makers so that they can properly administrate funds to bring this kind of potential life-saving technology forward.”

“After having gone through so much initial resistance from the pilot community, to now, where just weeks after its implementation there was a complete reversal in pilot opinion,” Skoog said. “They are finally seeing what we in the test community saw for a long time.”

Ocho told the NASA engineers that he is grateful to be alive.

“This was an isolated incident for me, but, from the bottom of my heart, I just want to say thank you to everyone who has been a part of developing the Auto-GCAS system,” Ocho said. “It’s everyone, not just engineers, but politicians and people just trying to get the ball rolling on having the Air Force use it. They are the reason that I am able to stand here today and talk about it. I’m able to continue to fly the F-16, and I’m able to go home and see my family again. So thank you, so much."

The same collaboration that produced Auto-GCAS is now working to enhance it into a new, integrated system that will prevent midair collisions as well as controlled flight into terrain. Engineering and Technology Magazine reported Sept. 12 that the new version of Auto-GCAS is being tested using off-the-shelf consumer electronics, a smartphone installed in a drone and programmed with the terrain database which is a crucial element of the system.