A gathering of TBMs

Among the turbine crowd, the TBM Owners and Pilots Association (TBMOPA) ranks high when it comes to its members’ enthusiasm for the airplane. Many of its 805 members have owned successive TBMs as these single-engine turboprops have moved through their design evolution: the TBMs 700, 850, 900 and, most recently, the TBM 930. 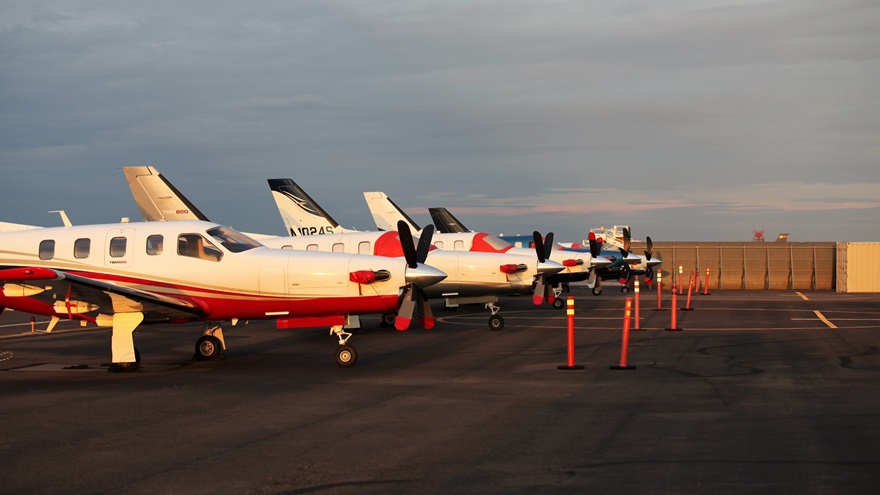 The association holds an annual convention, and this year its thirteenth such meeting was at the Arizona Biltmore in Phoenix. As usual, the convention was a mixture of educational goals, type-specific safety seminars, product updates, status reports, and entertainment. But permeating the entire four-day event was a strong social aspect as members revisited each other, met new attendees, and interacted with executives and other representatives from Daher-Socata—the TBM’s manufacturer. Officials from Daher-Socata’s headquarters in Tarbes, France, were there, as well as from U.S. sales and maintenance headquarters based at the Pompano Beach, Florida, airport and distributors across the nation.

This year, 101 TBMs arrived at the convention’s designated airport, Phoenix Sky Harbor International, bringing 205 owners, their spouses, and friends. In addition, 37 vendors were set up in the convention’s exhibit hall, making for a total attendance of some 305 people, according to TBMOPA estimates.

TBMOPA members are often eligible for discounts on upgrades and modifications to their airplanes. In the Daher technical review presentation, Daher told of a retrofit kit for the now-obsolete pilot and co-pilot chemical oxygen system used in TBM 700As and Bs. Owners also were advised to wait two minutes before shutting down their engines—instead of the previous recommendation to wait one minute—so that internal coking deposits can be burned off better. See an oil pressure decrease in flight? This is a sign that oil may be bypassing a clogged oil filter, a company presenter advised, adding that an oil pressure drop, followed by a rise, could well indicate that the filter has ruptured, which calls for a landing as soon as possible. Want an angle of attack indicator? Daher now offers that option, an Alpha Systems unit, in all its models. A new wind display is coming with the Garmin G1000’s version 15.11 software update, as well as adjustable-volume audio alerts, emergency descent management, and numerical heading and course displays on the compass card.

Daher is also offering owners of TBM 850 and 900 models a combination AOA/underspeed protection retrofit kit for $22,900; list price is $27,900. But act fast. This offer, as well as one that adds envelope protection, expires Oct. 31. New main landing gear doors are also on offer, yours for $15,000 and 15 hours of labor, so line up. The new doors boost cruise speeds by 2 to 3 knots, and make the cabin quieter, Daher said. 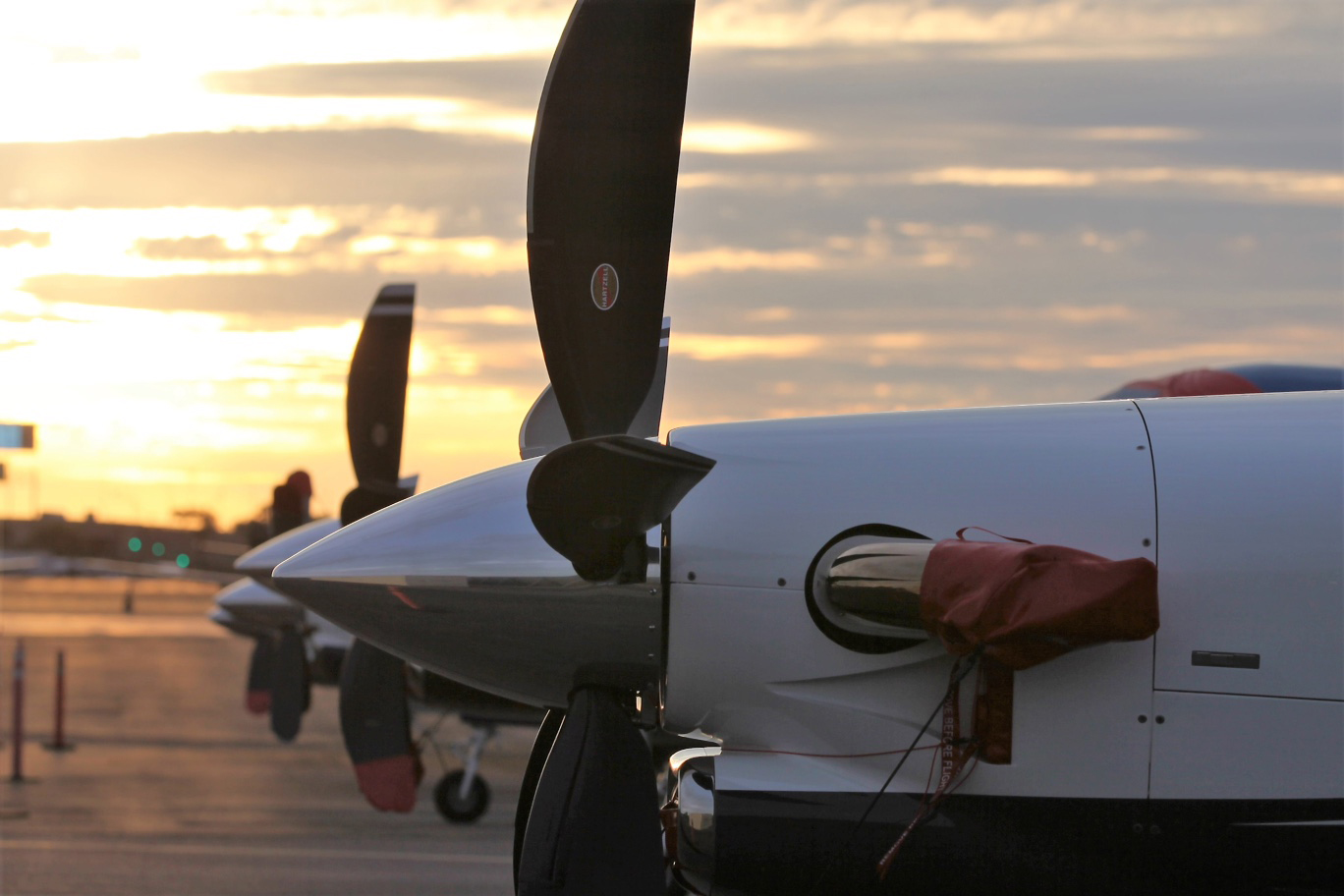 Want winglets on your TBM 700? If 20 orders are received, with $9,500 deposits, Daher will give member-owners a discount off the $74,900 list price for the kit, which consists of 35 parts, including new static wicks, LED lights, and more. It’s a big work package, involving 100 to 150 hours of labor—since the wing must be cut.

TBM accidents were reviewed in another seminar, and Simcom Training Centers reviewed details of its popular scenario-based simulator training and refresher courses. The audience was polled on how they’d manage two scenarios: one involving a circling approach in instrument conditions to a short, narrow runway, another a night approach to an airport in the mountains experiencing marginal VFR conditions. The scenarios weren’t fiction. They were replications of actual accidents. The circling approach ended with a stall after the pilot felt he was too high on final. The pilot on the night approach abandoned a straight-in approach in favor of a circling maneuver because he also felt he was too high. He crashed after entering a low-altitude, 70- to 80-degree banked turn. Surprisingly, both accidents did not result in fatalities.

An insurance presentation delved into some thorny issues. If your windshield cracks in flight, will your policy cover it? Yes, if the cause is normal aging, wear, and tear. No, if it’s a bird strike. If you take off without a weather briefing and have a damaging turbulence or hail encounter, will your policy pay up to fix the damage? Yes. “There’s no exclusion for stupidity,” said insurance presenter Tom Chappell.

But the presentations weren’t all business. For example, airshow performer Julie Clark told an entertaining tale of how she came to repair clocks and wait tables to raise money for flying lessons, and then fly for the airlines, buy a beater T-34, and turn it into the pristine airplane she flies today.

AOPA President Mark Baker was also one of the key speakers. Baker touched on the importance of type organizations like TBMOPA to retaining pilots and promoting safety. He reviewed AOPA’s ongoing efforts to attract, retain, and revive the pilot population through several of the association's major initiatives. These include securing an alternate means of certification approval for the use of less-expensive, modern, non-TSO’d cockpit instruments so that older airplanes can be upgraded at less cost. The recent passage of less-restrictive third class medical reform, thanks mainly to AOPA’s lobbying efforts, should help pilots grounded by non-critical medical issues get back in the air. So should AOPA’s You Can Fly initiative, which includes the association’s Rusty Pilots program. (The seminars have been responsible for getting some 1,800 pilots flying again.) AOPA’s emphasis on flying clubs also has paid off, Baker said. More than 740 flying clubs have taken advantage of AOPA’s flying club information network and online resources, and brought 18 new flying clubs alive this year alone. And Baker reviewed the AOPA Foundation’s progress in moving high schools to add aviation-related courses as part of the nation’s move to increase the number of STEM (science, technology, engineering, and mathematics) classes.

One TBMOPA convention tradition is a banquet featuring videos of each TBM landing at Sky Harbor—always a big hit—and an auction. Let’s just say that airspeed control issues made for the most, um, interesting arrivals. Proceeds of the auction go to Able Flight, a nonprofit organization that funds flight training for people with physical disabilities. The highest bids? Two, at $15,000 apiece for a one-week stay at a premier, eight-bedroom beachfront estate in Costa Rica. Second place went to two $12,000 bids for weekly passes to EAA AirVenture, complete with private RV motor home and golf cart.

The 2017 TBMOPA convention will be at the J.W. Marriott San Antonio Hill Country Resort in San Antonio, Texas, from Oct. 18 to 21. 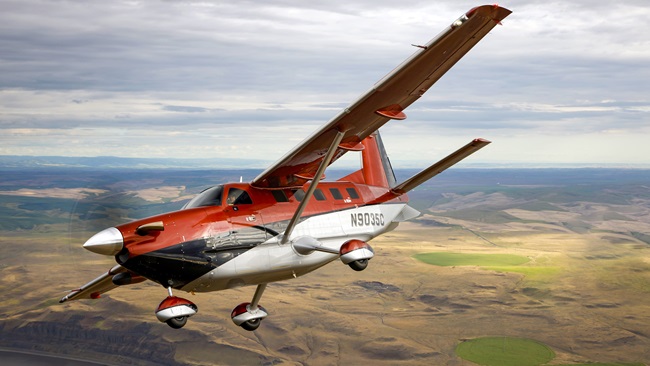