Get the app Get the app
Already a member? Please login below for an enhanced experience. Not a member? Join today
News & Media How it Works: Shimmy damper

How it Works: Shimmy damper

Controlling the urge to shimmy and shake

You say damper and I say dampener, or vice versa. John Wells of Arapahoe Aero at Centennial Airport near Denver found it both ways in one Cessna parts document. Primarily associated with Cessna aircraft, aircraft taxiing at higher speeds may experience a shuddering of the nosewheel, meaning the shimmy damper isn’t doing its job. 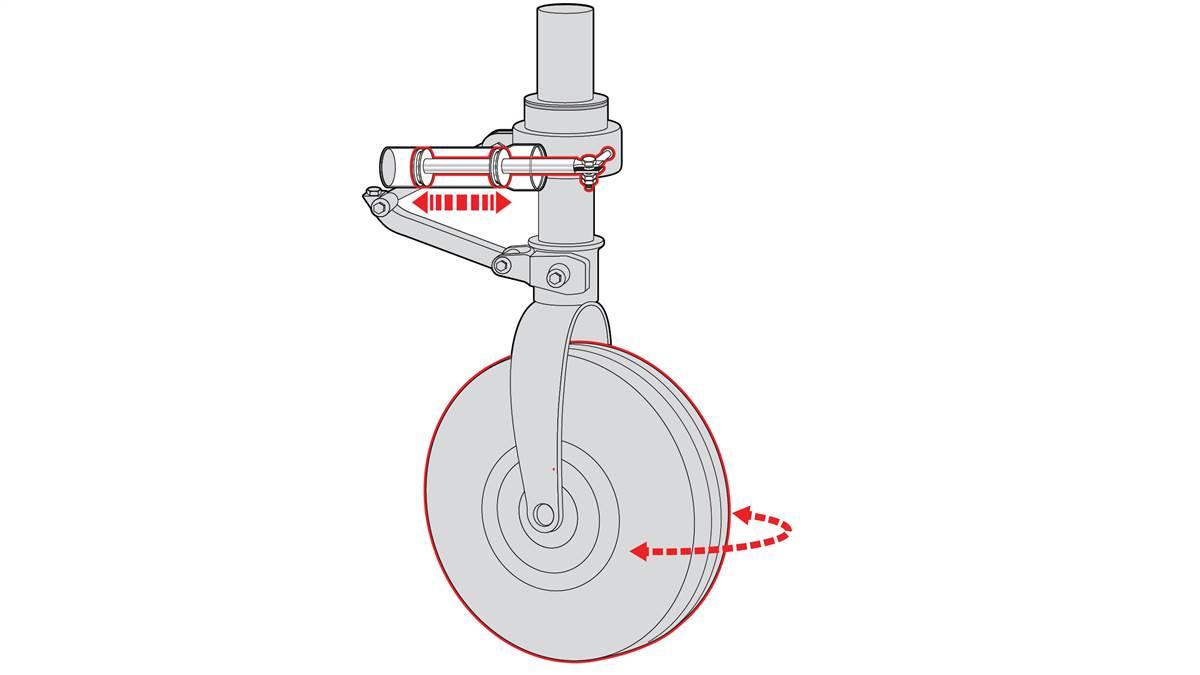 A shimmy damper uses a cylinder filled with hydraulic fluid or a rubber/lubricant combination to prevent rapid movement of the nosewheel, while not interfering with slower operations.
Illustration by Steve Karp

How to impress a flight school

If you want to sound impressive the next time you have a nosewheel shimmy, tell the flight school, “I think the shimmy damper is leaking hydraulic fluid.” You may say dampener if you like.
The damper looks from the outside like a boring old piston. Actually, there are exciting things going on inside. In older systems, a plate inside the damper has a fixed, tiny hole allowing hydraulic fluid to pass easily through for normal steering at lower speeds. Turn the airplane, and the fluid squirts from one end of the cylinder to the other. At higher speeds, the fluid can’t get through as fast as the nosewheel wants to shimmy, and the nosewheel is stabilized, preventing shaking. Pretty exciting, eh? You’ll think so if it ever doesn’t work.

A second system, one made by Lord Corporation, offers a fluid-free shimmy damper. Instead of hydraulic fluid, it uses a rubber formulation with high-tech lubricant. There’s no fluid to leak. In the hydraulic system, just 20 drops of leakage can deteriorate performance and send you shuddering down the runway.

The first time you experience a failed shimmy damper on the taxiway or runway, you’ll think the aircraft is shaking apart. The important thing to remember is that while it isn’t, and you’re safe, you need to get weight off the nosewheel by pulling back slightly on the control yoke. Right now.