Get the app Get the app
Already a member? Please login below for an enhanced experience. Not a member? Join today
News & Media FAA begins drone map release

The FAA on April 27 began to publish electronic maps for airports across the country that detail where and at what altitudes remote pilots may hope to achieve clearance to fly unmanned aircraft in certain types of controlled airspace. This information will be useful to all sorts of pilots. 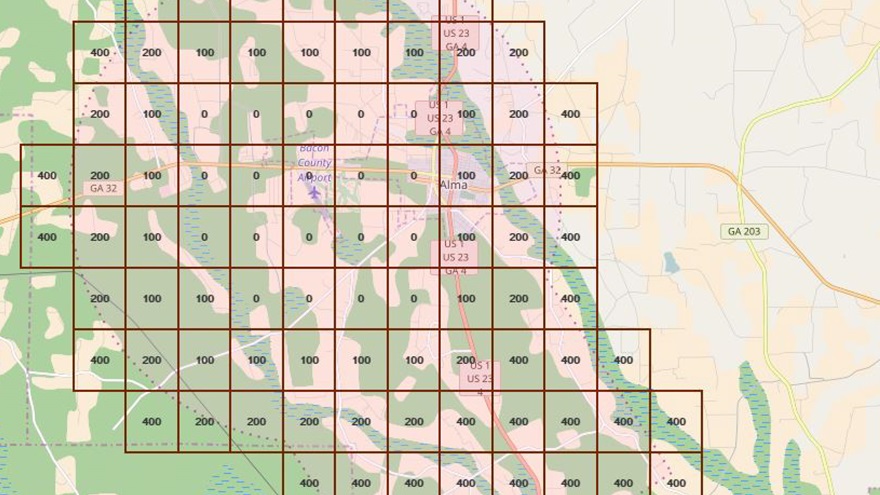 The FAA is publishing maps like this one for airports across the country, detailing altitude limits on unmanned aircraft operations in grid squares. Image courtesy of the FAA.

The maps lay foundation for the Low Altitude Authorization and Notification Capability (LAANC), a system for drone traffic control that the FAA hopes to have online by the end of 2017. Remote pilots are expected to benefit from more rapid access to airspace where currently the time required to gain authorization makes many operations near airports impractical, while manned pilots also will have more information available to them about where routine unmanned aircraft system (UAS) operations are expected to occur.

Part 107, which governs unmanned aircraft, restricts operations in Class B, C, D, and E surface area airspace, though the FAA has authorized many unmanned operations in controlled airspace on a case-by-case basis since the regulation for small UAS took effect in August. A rapidly growing number of remote pilots who wish to operate within controlled airspace have submitted requests through the FAA online system, though with little guidance or insight on how the FAA evaluates each airspace authorization request.

The agency expects a huge surge in drone activity, particularly commercial operations conducted under Part 107, in the coming 20 years, and is working to automate the UAS airspace authorization procedure as much as possible. More efficiency will allow the agency to scale up and meet growing demand for airspace authorizations; agency staff currently need three to four weeks to process an authorization request, and LAANC could bring that down to minutes in some cases.

The digital maps being made public through the FAA UAS Data Delivery System include a grid overlay that depicts acceptable altitude limits for UAS operations near airports around the country. Remote pilots can reference this information when planning flights and preparing to submit online authorization requests, with the expectation being that a request designed to conform with the local limits will be more likely to achieve rapid approval. Operations outside of the defined limits may still be approved, but will require more detailed review.

Manned pilots also can glean useful information studying the UAS facility maps for airports they use, as the maps will show where UAS operations may be more likely. Hobbyist drone pilots can use the UAS facility maps as a resource to identify what acceptable altitudes are around airports more generally, including airports with no control tower. 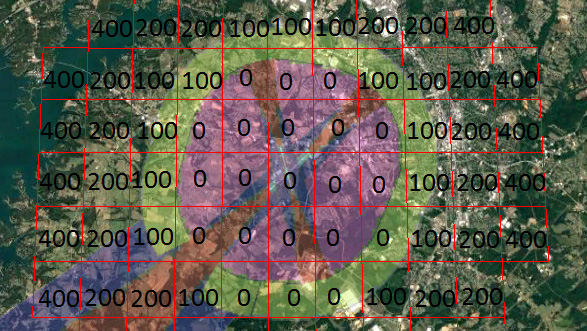 The area around each airport is divided into a grid with an associated altitude limit, such as “400” for a grid square where there is no local altitude restriction (Part 107 operations are generally limited to 400 feet agl, except in close proximity to a structure, or as authorized by a waiver) or “200” for a grid where UAS operations may be possible at or below 200 feet. Grids marked with a “0” are deemed too close to manned operations to allow any UAS operations.

The grids will be updated on the same 56-day cycle that applies to other aviation charts. The FAA plans to have all facility maps published by Oct. 31.

AOPA has studied several facility maps and determined they are consistent with obstruction protections that limit construction of structures (obstacles) near airports, as well as the protections provided for instrument approaches.

AOPA continues to advise remote pilots to pay attention to detail when submitting airspace authorization requests, as many applications filed to date have been rejected or delayed by incomplete or inaccurate information. Requesting an operation that fits below the designated ceiling for UAS operations depicted on a facility map does not guarantee approval.