Get the app Get the app
News & Media Camarillo conclave

Around 5,000 pilots and visitors, and 390 airplanes all converged on California’s Camarillo Airport April 28 and 29 to kick off this year’s round of AOPA regional fly-ins in style.

New for this year was a two-day schedule that included a series of workshops that took place on April 28. These popular educational initiatives featured interactive, hands-on sessions with discussions and demonstrations dealing with owner-guided maintenance, mountain flying, ocean flying and ditching, an IFR refresher course, and a “Pilot Plus One” program aimed at activities designed to appeal to non-flying spouses and partners. AOPA’s popular Rusty Pilots seminar was also held on April 28, and again on April 29.

This new dimension gave added value to the first AOPA Fly-In of 2017 and, based on the 327 who attended the programs, they will be continued at the rest of this years’ fly-ins.

Clear skies and ideal temperatures prevailed over the two days, with occasionally strong Santa Ana winds being the only weather glitch. But never mind, campers and exhibit airplanes alike descended on Camarillo. The pilot who flew the farthest? Joe Davis, who cruised a whopping 2,229 nautical miles from his home base at Chester, Connecticut (KSNC), in his 1970 Cessna Cardinal. He won a Stratus 2S ADS-B receiver for being the pilot who ventured the farthest. 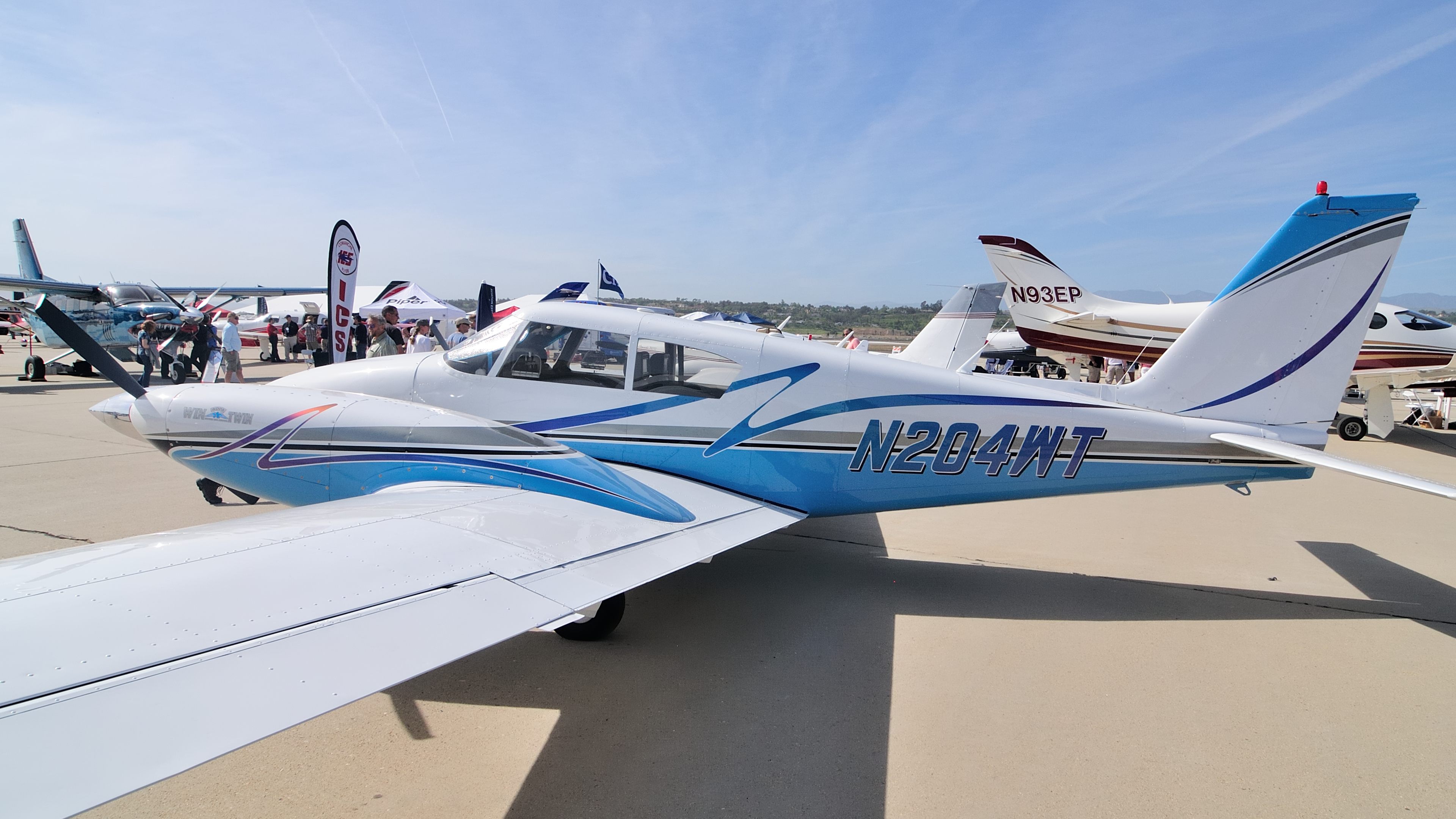 As usual at AOPA’s fly-ins, there were exhibit airplanes aplenty—58, to be precise. Thanks to a wing of the Commemorative Air Force being based at Camarillo, its staff put a Grumman F6F Hellcat, a Mitchell B-25J, an Aero Vodochody L-29, and a very rare Mark XIV Supermarine Spitfire on display. Also featured were the latest from Textron Aviation, One Aviation’s Eclipse 550, a Quest Kodiak, a Piper M600, a Tecnam P2002 LSA, a HondaJet, a Cessna Mustang, a Beech A36 Bonanza, and many more, including the new TBM 930s from Avex Inc.’s TBM service center, located at Camarillo. Plus, Mid-Continent Instruments’ 1941 Beech Staggerwing, “the only corporate-flown Staggerwing in the world," according to Mid-Continent service representative Pat Napolitano; a Stemme S10-VT motorglider; and another regular fly-in visitor, AOPA’s 2004 Win-A-Twin sweepstakes Twin Comanche, N204WT. Next to it was a 1972 Piper Comanche 260TC, complete with manually controlled turbocharger.

There was even a vintage Cirrus VK-30 kitplane—in the Seller’s Corral, a venue where sellers could put airplanes up for sale. One big standout was Spanish Fork, Utah’s Mike Patey, who showed off his Turbulence homebuilt—a two-seat, PT6A-42, 850-shaft-horsepower-powered airplane that’s a reinforced and enhanced take on the Lancair Legacy. Patey took the Turbulence to 382 knots/439 mph to win the AirVenture Cup at Oshkosh. This firebreather climbs at 200 knots and does 5,850 fpm in the process. Looks good, too.

Drones also took center stage in the display area. Denver’s Multicopter Warehouse had several of its drones flying in a cage. These ranged from the $1,000 Mavic Pro all the way up to a Matrice model designed for industrial applications, which looks like a very large alien insect and runs up to $15,000, depending on the camera and other options available. Other models were the popular Mavic ($1,000) and the Inspire 2 ($2,999). All impressive, and all packed with features designed to avoid obstacles, automatically return to their pilots, and make crash-free landings.

At the Pilot Town Hall, the fly-in’s closing event, AOPA President Mark Baker highlighted several of the association’s successes. Topping the list was the passage of BasicMed, an alternative pathway to conventional medical certification that allows pilots to self-assess their medical fitness to fly aircraft with maximum takeoff weights of less than 6,000 pounds, with up to six occupants, at speeds up to 250 knots, under IFR or VFR, and at altitudes up to 18,000 feet.

“This is the biggest thing to happen in general aviation ever,” said Baker of the rule, which will allow more lapsed pilots to return to flying. More than 1,000 pilots have completed BasicMed’s medical process and taken the online course. 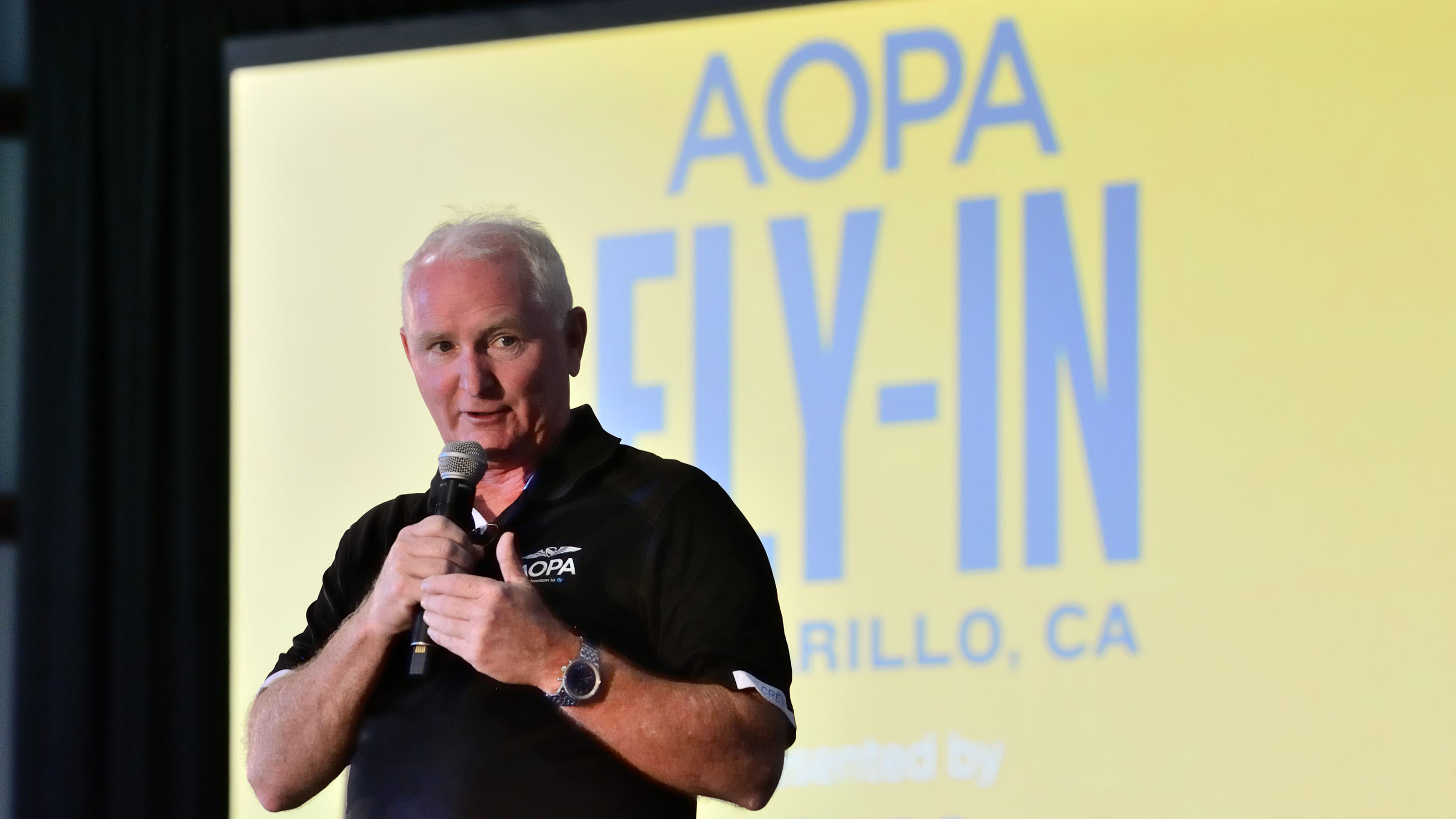 Other Town Hall topics emphasized AOPA’s consistently strong advocacy for lower prices and fees at certain FBOs. “We just want fair and reasonable access and pricing,” Baker said. He added that AOPA also is working with candidates and city officials to keep Santa Monica Municipal Airport open; AOPA’s You Can Fly initiative inspires pilots to stay active, and granted 22 scholarships to students; and AOPA’s Flying Club Network was instrumental in forming 48 new flying clubs. In addition, Baker reported that 40 percent of pilots who had attended AOPA’s Rusty Pilots seminars had passed their flight reviews in 2016, putting 3,500 pilots back in the air.

Accompanying Baker on the stage was Experimental Aircraft Association President Jack Pelton. Baker and Pelton affirmed the associations’ commitment to working together to advance general aviation, an effort that extends to both EAA and AOPA including all aviation enthusiasts in the ranks of membership. Baker and Pelton also reiterated the need to allow the approval of non-TSO-d avionics for use in certified aircraft—a move that helps grow the pilot population by providing capable, affordable instruments, radios, and receivers for installation in older aircraft. It’s a goal that both groups will continue to push strongly in the coming months.

With the Town Hall wrapped up, it was time for the traditional ice cream social, when any and all got to cool off. Next stop on the fly-in trail: Norman, Oklahoma (KOUN), on Sept. 8 and 9, where we’re all hoping to meet up again. See you there! 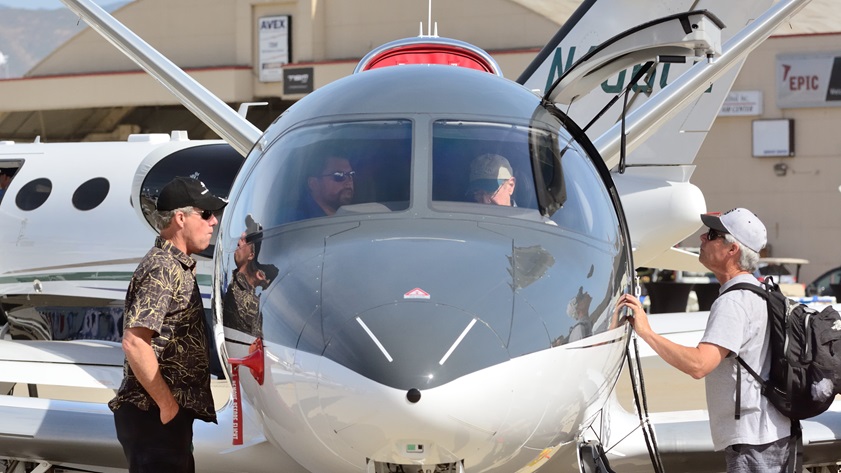 AOPA Pilot Editor at Large
AOPA Pilot Editor at Large Tom Horne has worked at AOPA since the early 1980s. He began flying in 1975 and has an airline transport pilot and flight instructor certificates. He’s flown everything from ultralights to Gulfstreams and ferried numerous piston airplanes across the Atlantic.
Go to Thomas A. Horne's Profile
Topics: Medical Reform, You Can Fly 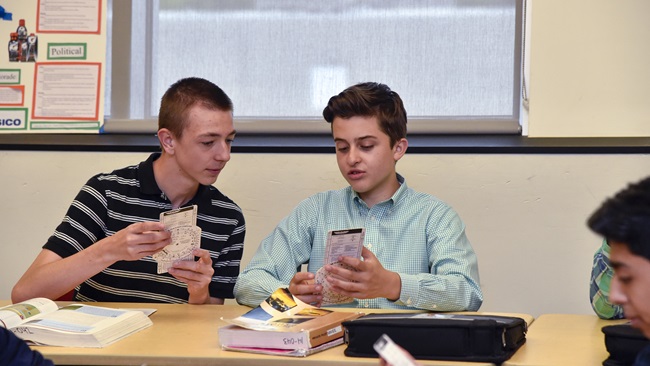 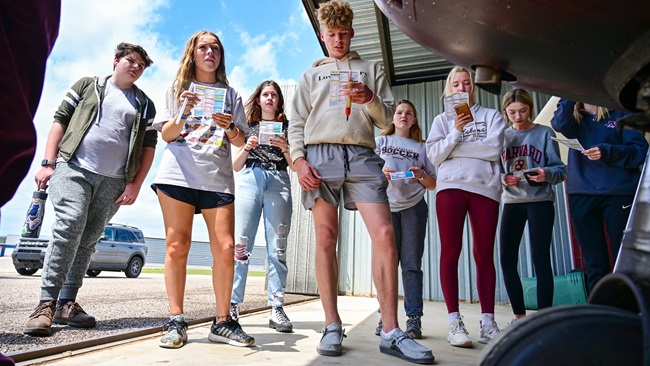 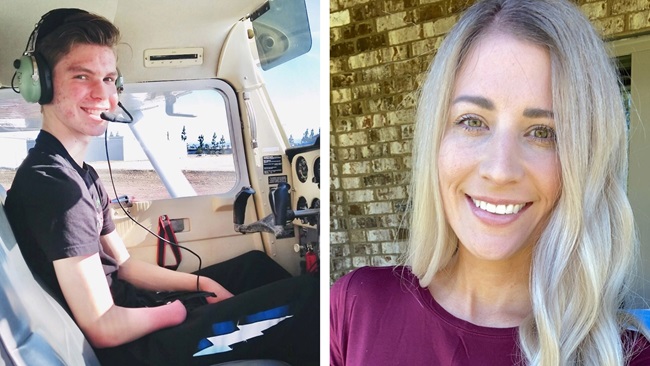