Get the app Get the app
Get the latest news on coronavirus impacts on general aviation, including what AOPA is doing to protect GA, event cancellations, advice for pilots to protect themselves, and more. Read More
Already a member? Please login below for an enhanced experience. Not a member? Join today
News & Videos What am I? Aircraft tires

Where the rubber meets the runway

Aside from that pleasurable sensation when an aircraft tire meets the runway with a satisfying squeak and not a squeal or screech—in other words, a greased landing—most of us don’t think much about our flying carpet’s rubber feet. The tires on a car have it easy compared to those on an airplane. Cars don’t drive along a hot, sunburned taxiway; climb into freezing temperatures at altitude;  and eventually touch down, where their speed jumps instantly from motionless to 60 to 80 miles an hour, sometimes bouncing several times. 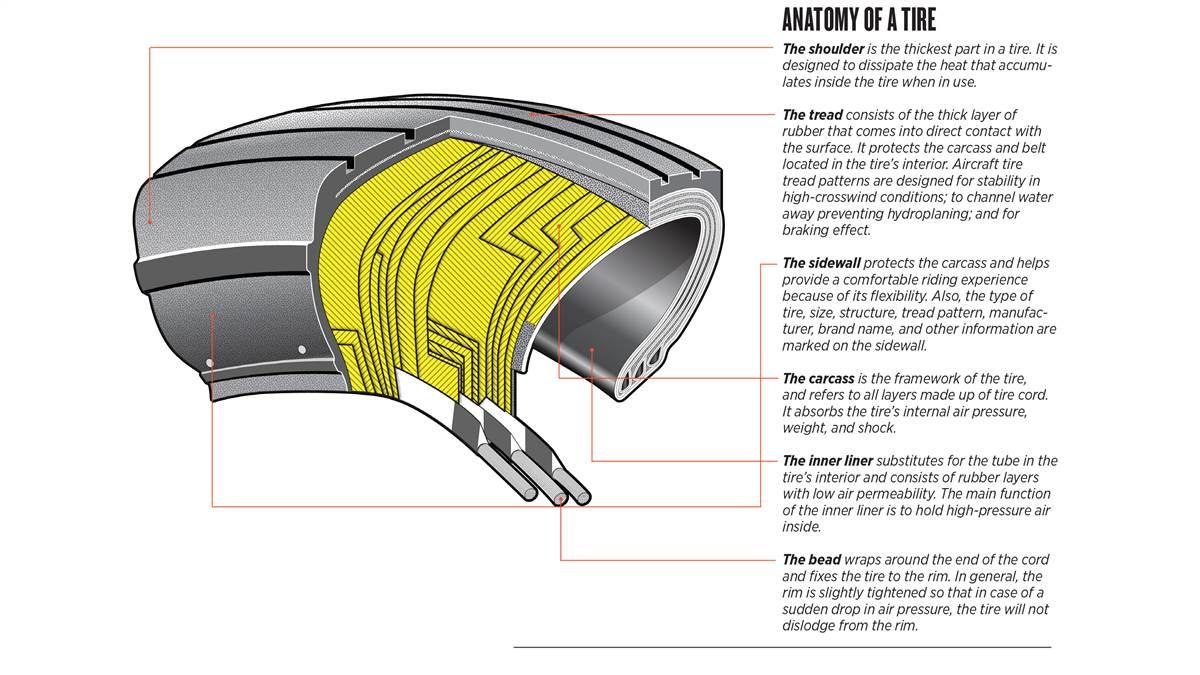 How many tires does it take?

• Michelin was the first manufacturer to develop radial tires for aviation. It made the tires for NASA’s space shuttle, which required 600 psi.

• Goodyear supplies the tires for SpaceShipOne.

• The Wright brothers used bicycle tires on the Flyer.

An aircraft tire must withstand a lot of pressure (pun intended). On the ground, it must support the weight of the aircraft. During taxi, it provides a stable yet buoyant ride over asphalt, loose gravel, or grass. On takeoff, the tire structure carries not only the aircraft load, but also the forces generated by the aircraft’s acceleration. Landing requires the tire to cushion the touchdown and absorb high braking forces.

An aircraft tire is a composite of different rubber compounds, fabric material, and steel. Each component affects the performance of the tire. Aircraft tires are certified by the FAA and subject to technical standard order approval. A TSO sets standards for aircraft tires, including how they’re to be tested and the limits of their endurance.

The radial tire. The cords on a radial tire run straight across the tire, from one bead to the other. The radial cord layout, in addition to steel belting beneath the tread surface, helps stabilize the sidewall and tread patch, while allowing the tire to better conform to the surface. While a bias ply tire follows the ruts and breaks in the road, a radial tire skims across the top and soaks up some of those transitions. Radial tires are notable for excellent landing performance.

What is your tire saying to you? 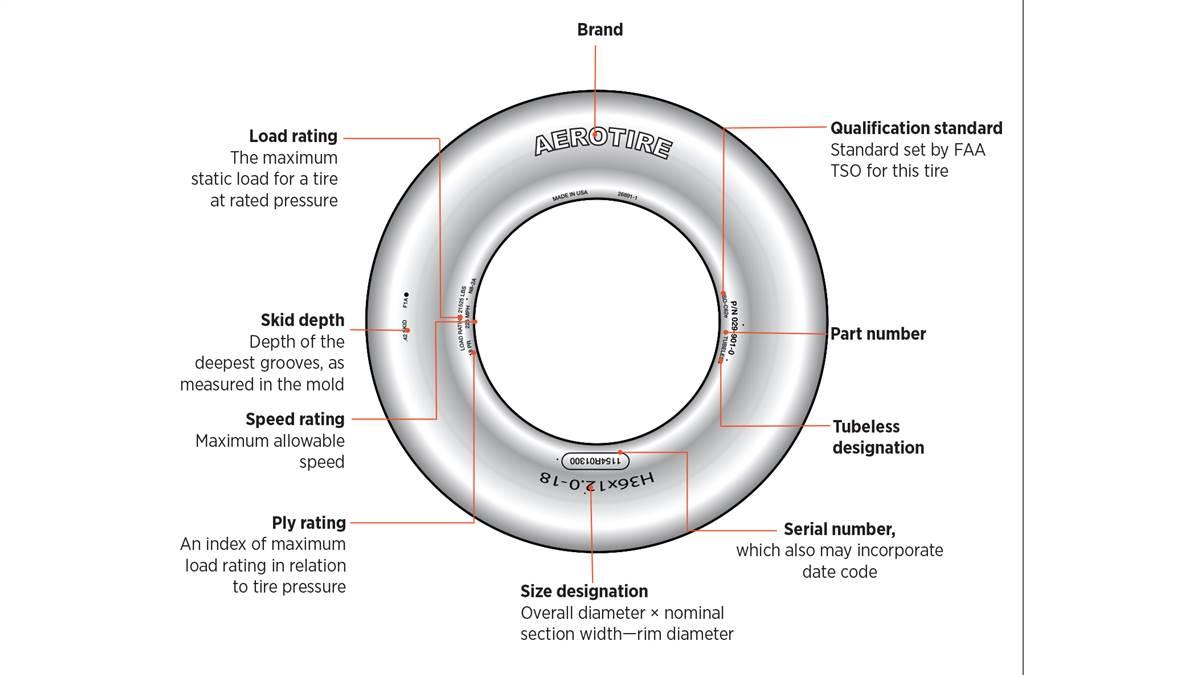