Get the app Get the app
Get the latest news on coronavirus impacts on general aviation, including what AOPA is doing to protect GA, event cancellations, advice for pilots to protect themselves, and more. Read More
Already a member? Please login below for an enhanced experience. Not a member? Join today
News & Media AOPA Fly-In, April 28-29, Camarillo, California (CMA)

Motor up the Pacific Coast Highway, fly over the Sierra Nevada, or buzz along the California coast—any way you get here, Camarillo Airport (CMA) is a GA-friendly airport planning to host an exciting AOPA Fly-In April 28 and 29. Events begin on Friday with intensive all-day workshops (fees apply). Fly-out opportunities and nearby attractions make this a great aviation destination for a weekend trip. 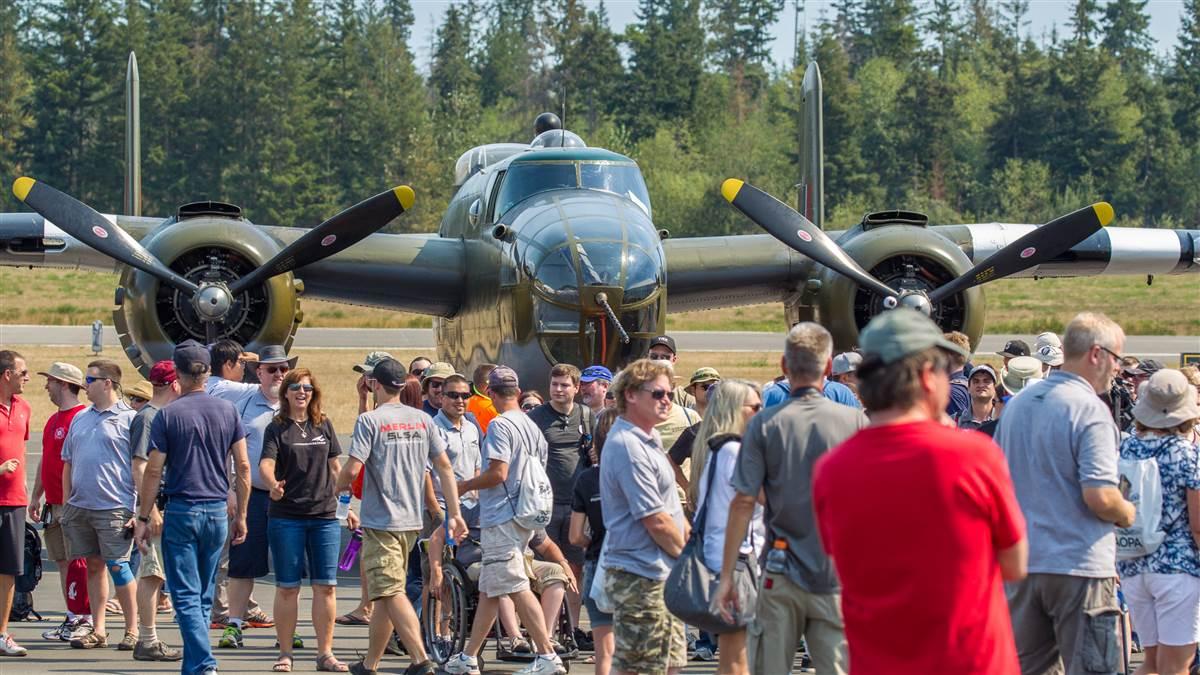 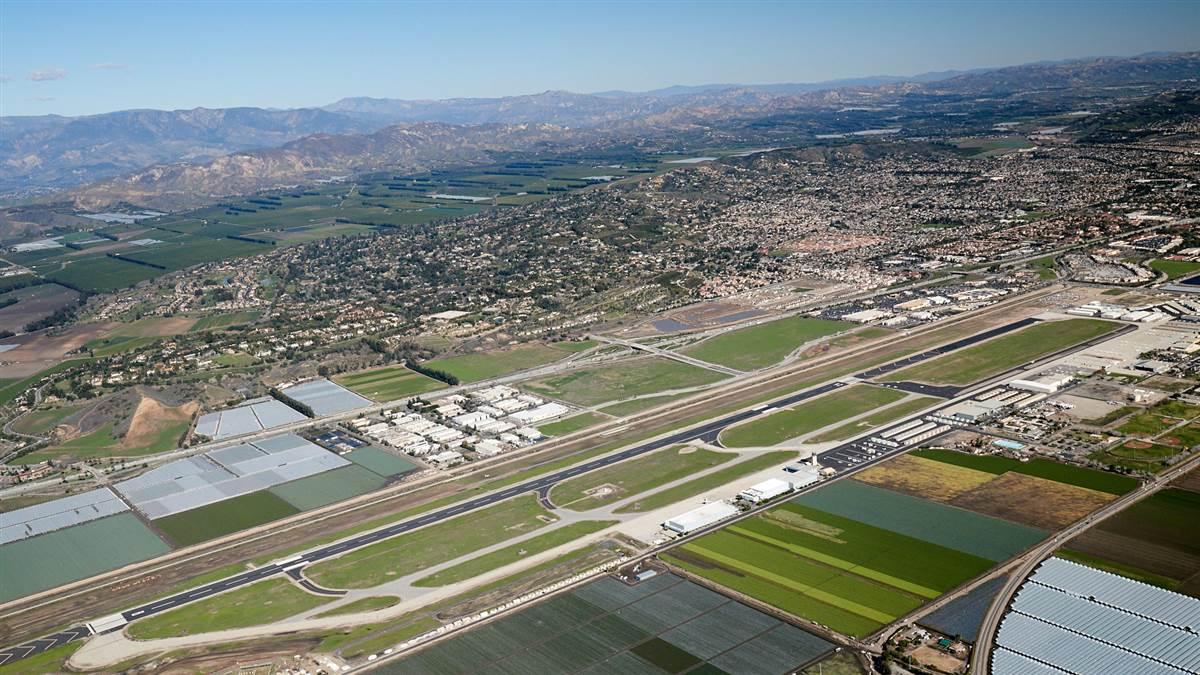 Two days of events and activities for AOPA members, pilots, and aviation enthusiasts.

View events and speakers, as well as the schedule.

Visitors are told the best attributes of Southern California’s Camarillo are its weather and its number of premium outlet stores, but there’s so much more to this town of nearly 70,000—including an airport that is rich in history and bustling with activity. Yes, it’s pretty much 75 degrees Fahrenheit with no humidity every day, and there are 160 outlet stores—the largest number in any town in the state—but there are also vast fields of strawberries, lettuce, and cabbage; a historic downtown; a former U.S. Air Force base turned GA airport; and nearby attractions such as the Ronald Reagan Presidential Library and the Channel Islands. Join AOPA here April 28 and 29 for the association’s first fly-in of 2017.

Camarillo Airport is the former Oxnard Air Force Base, established midway between Los Angeles and Santa Barbara, California, in the 1950s. It was deactivated in 1969 and its 8,000-foot runway was shortened to 6,000 feet when it became an active GA airport in 1976. The airport occupies 650 acres of land in the city and serves 600 based aircraft. There are three FBOs—AirSeven, Channel Islands Aviation, and Sun Air Jets. Channel Islands Aviation will serve as the host for the AOPA event show center.

The Exhibit Hall and aircraft display open at 4 p.m. on Friday with a happy hour. Barnstormers Party begins at 6 p.m.

Also on the airport is the Southern California Wing of the Commemorative Air Force. In this working museum, visitors will see constant activity in restoration, refurbishment, and maintenance. An all-volunteer staff keep aircraft such as a Grumman F6F Hellcat and a North American P–51D Mustang in great condition. The museum has 12 World War II-era aircraft, eight of which are flying. Visitors may purchase flights in these historic airplanes, and tours of the facility are available daily. Also on the field is the largest TBM sales and service center in the world. The AVEX Inc. facility features a veritable field of TBM aircraft, and owners fly in daily to see the progress on their airplane’s refurbishment.

One of the best ways to enjoy an AOPA fly-in is to volunteer. From exhibit prep to aircraft parking, volunteering will give you a unique perspective on the day’s activities. We need your help in setting up exhibits, marshalling aircraft, automobile parking, set-up, clean-up, and more. Not only will you enjoy the camaraderie of fellow aviation enthusiasts as you help AOPA present a fly-in in your local area, but you’ll get a free lunch, T-shirt, and AOPA cap.

Excursions and fly-outs are in development for this fly-in. Fly with new friends to such exciting destinations as Catalina Island or Kern Valley or join AOPA for a tour of Point Magu.

Nearby is the former Naval Air Station Point Magu, which is now Naval Base Ventura County. The base has been used for testing and tracking weapon systems since World War II. President Ronald Reagan landed there on his visits to his ranch in Santa Barbara, and his funeral began there in 2004. The Navy controls San Nicolas Island in the Channel Islands as part of its test range.

The Channel Islands are immediately off the coast of Camarillo in the Pacific Ocean. Now national parkland, the islands were once home to sheep farms and cattle ranches. Channel Islands Aviation CEO Mark Oberman was one of the original pilots to the islands, and his company is now the only one that can land at one of the two airstrips. A flight here in Channel Island Aviation’s Britten-Norman Islander is a wonderful adventure (see “Pilot Briefing: Attractions,” page 48).

Just a 15-minute drive up the coast is the Ronald Reagan Presidential Library and Museum, where a treasure trove of memorabilia honors the fortieth president of the United States.

Well worth the flight 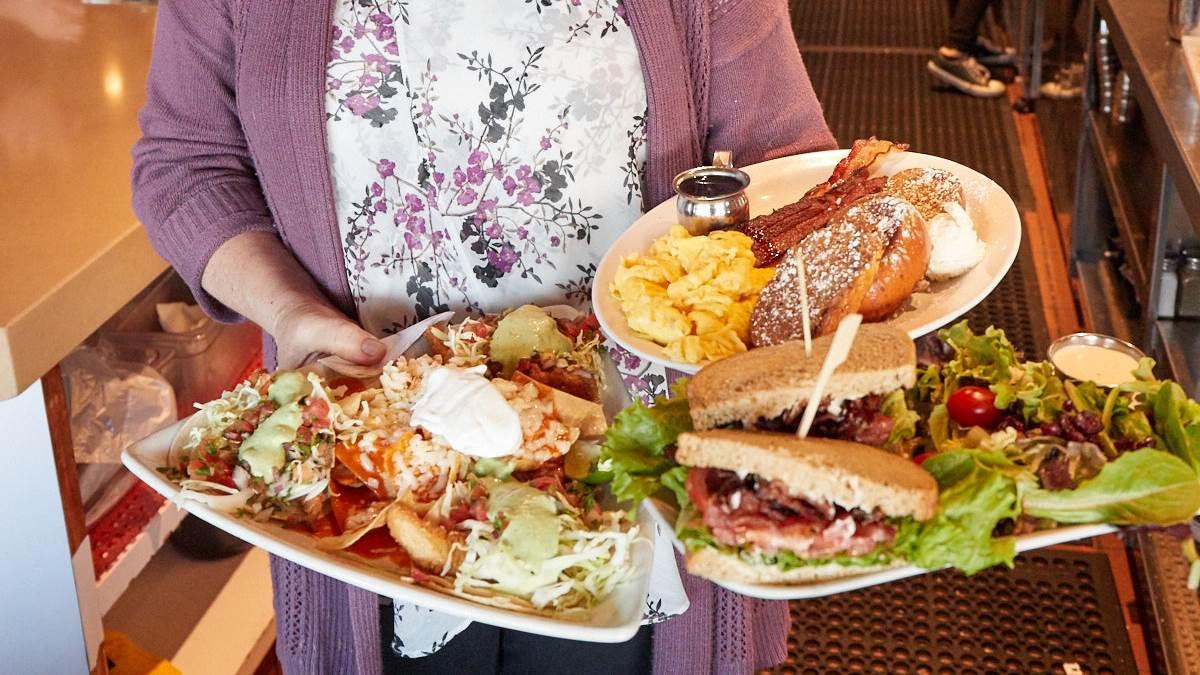 There are many noteworthy $100 hamburger restaurants across the country, but the food and ambiance at Camarillo Airport’s Waypoint Café is hard to beat. From the understated elegance of the modern café to the umbrella-covered outdoor seating, the towering chocolate-dipped milkshakes to the massive Angus beef burgers, this restaurant is more than a pit stop along your route. In fact, be prepared for quite a wait on a busy weekend—it will be worth it. And you never know who will be waiting to dine with you. Is that aerobatic helicopter pilot Chuck Aaron? Oh, there’s AOPA columnist Barry Schiff. Look, a P–51 Mustang just landed! The happy energy here is palpable and served up generously by manager Sandra Phelps (right). Owned by pilot and former founder and owner of the Baja Fresh restaurant chain, Jim Magglos, the restaurant offers good food, fit for pilots.

Reagan library is an astounding place 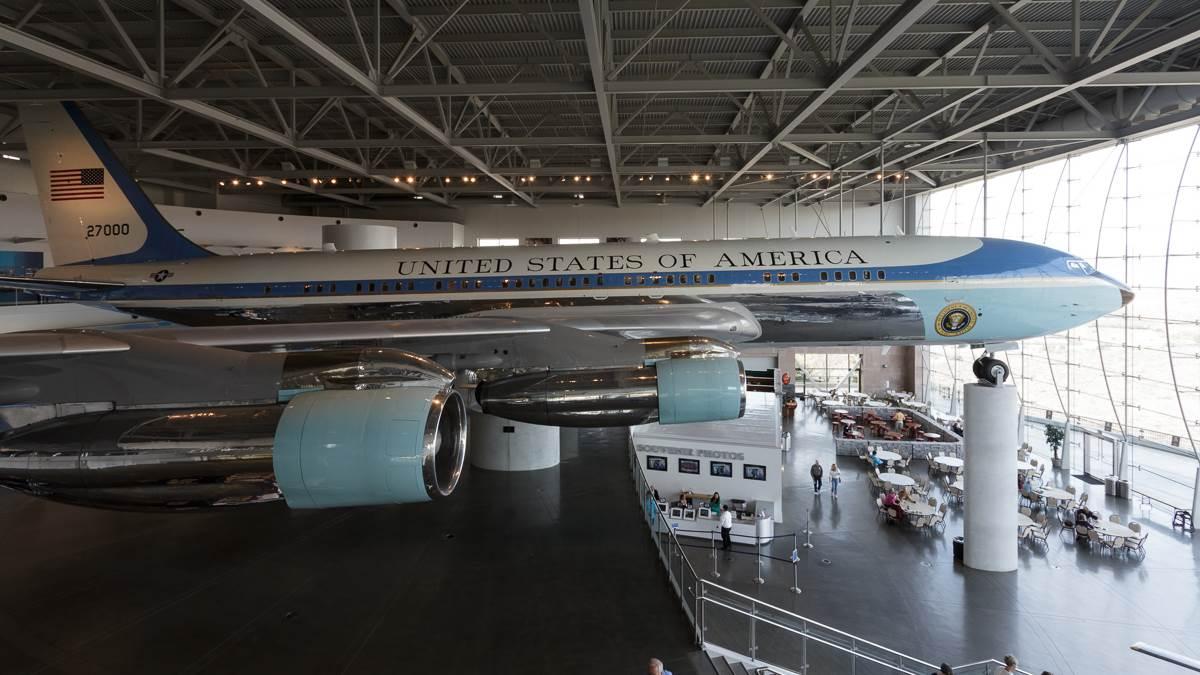 Plans for an AOPA excursion to the library are in development. Check the website for more information www.aopa.org/kcma17

Simply the drive up the mountain to the presidential library and museum just north of Camarillo is stunning. Sweeping views of the mountains, valleys, and Pacific Ocean tell you that you are headed for someplace special. Perched atop the mountain on 100 acres is the Ronald Reagan Presidential Library and Museum, one of California’s most beautiful and unusual destinations.

The Reagan Library is one of the grandest of the 13 presidential libraries in the United States. It received more grants than any other presidential library, resulting in a cap being set on the amount of money that can be raised to fund a commemorative library and museum. Often called the “shining city on a hill,” the site serves as the final resting place of the nation’s fortieth president and his wife, Nancy.

There are more than 100,000 square feet and 24 different galleries in the museum. It is not only a tribute to Reagan’s life and presidency but also a unique and interesting glimpse at a period of time. You’ll meet Reagan as a young man, learn about his life as a Hollywood actor, experience his first inaugural address, and board the actual Air Force One that served this president and six others. A jar of jelly beans sits in a replica of Reagan’s White House office, many of First Lady Nancy Reagan’s gowns are on display, and there’s a piece of the Berlin Wall near a replica of the White House Rose Garden.

Pilots will, of course, revel in the walking tour of the aircraft that has been called the “Flying White House.” It is set up as it functioned during Reagan’s administration. There are old typewriters in the press section, a copy of a speech on Reagan’s desk, and the orange ball the First Lady used to roll down the aisle to get a laugh and perk everyone up on long and serious flights. Most dramatic is the setting—towering glass windows surrounding the nose of the massive aircraft overlook the area of California the Reagans loved.

TOP 10 things to do while you’re here

Dive deep with one of these four workshops

New to the AOPA Fly-In programming is an exciting Friday schedule that gives pilots a chance to attend one of four seven-hour workshops (at a cost of $105 for members, $155 for nonmembers, and $75 for spouses, with online preregistration required) offering what AOPA Director of Outreach and Events Chris Eads describes as “an intensive, deep dive” into hands-on, experiential learning on selected vital topics.

Pilots interested in attending the Friday sessions can arrive Thursday afternoon and camp out. Then head for the pavilion that hosts the workshop of your choice, including Skills and Safety, You Can Fly, Aviation Experience, or Maintenance and Ownership. Lunch is included in the workshops’ cost. 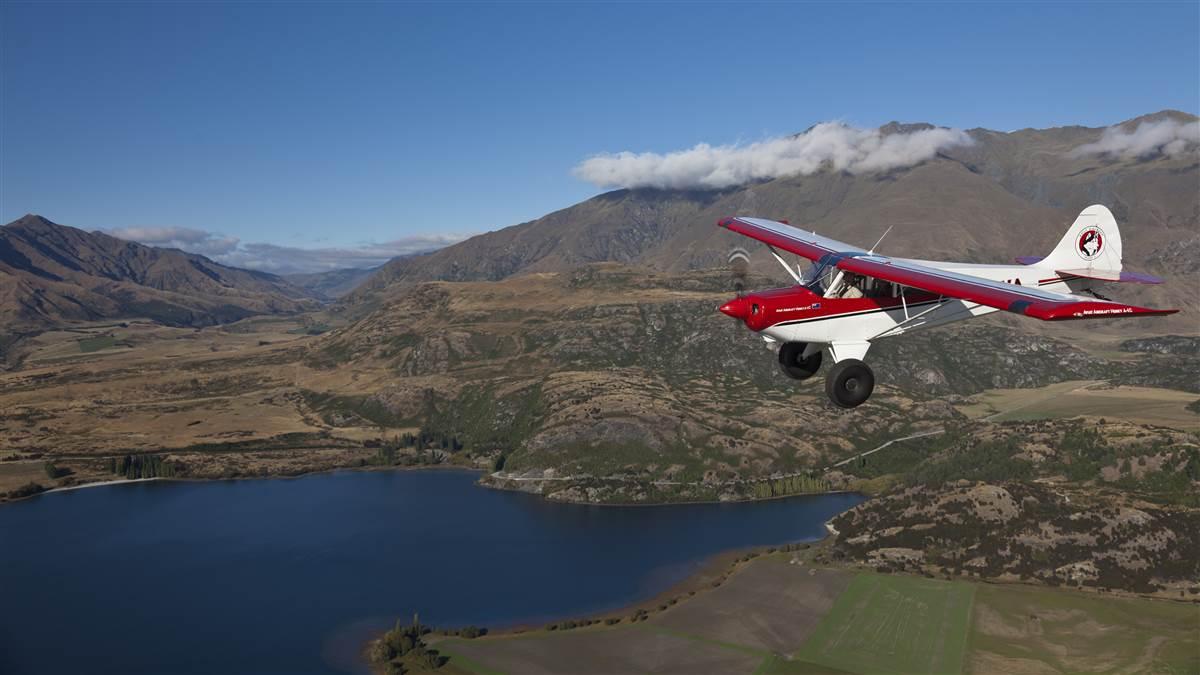 Overcoming mountains and water: Flying in the extremes

Learn how to plan flights to maximize safety in the harsh environments of mountains and overwater flying. 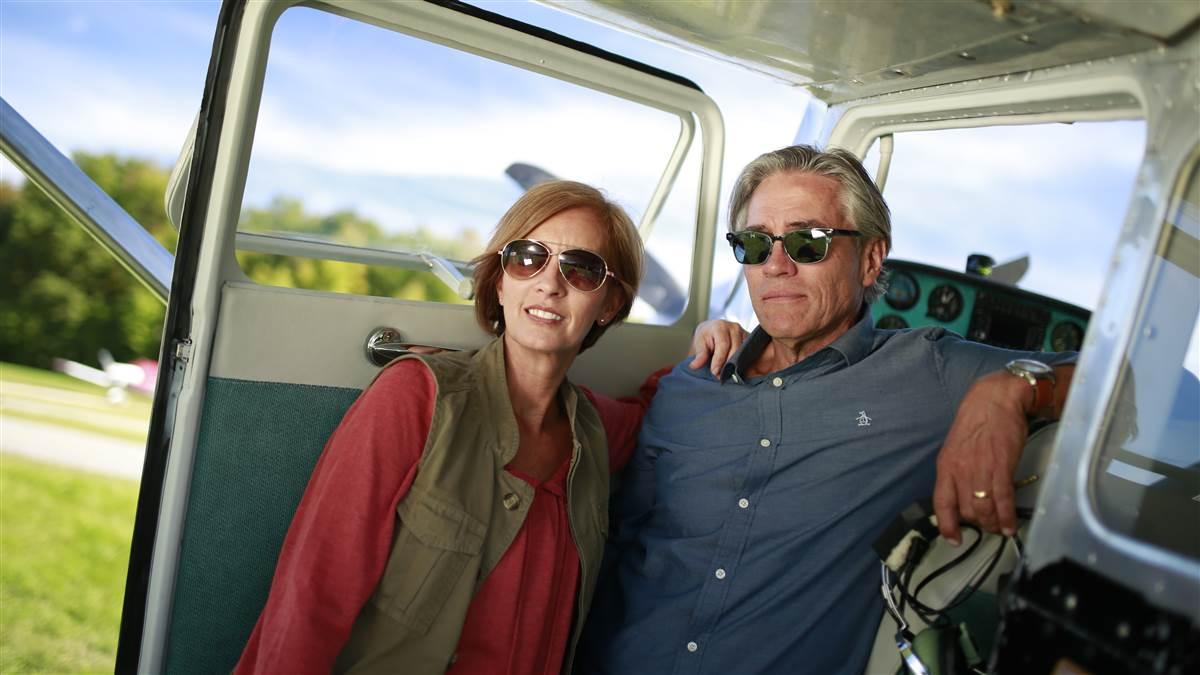 Pilot plus one: Combining learning, inspiration, and adventure

Discover how to use the aircraft to build great experiences with fun destinations, photography, and getting the most out of where and how you fly. 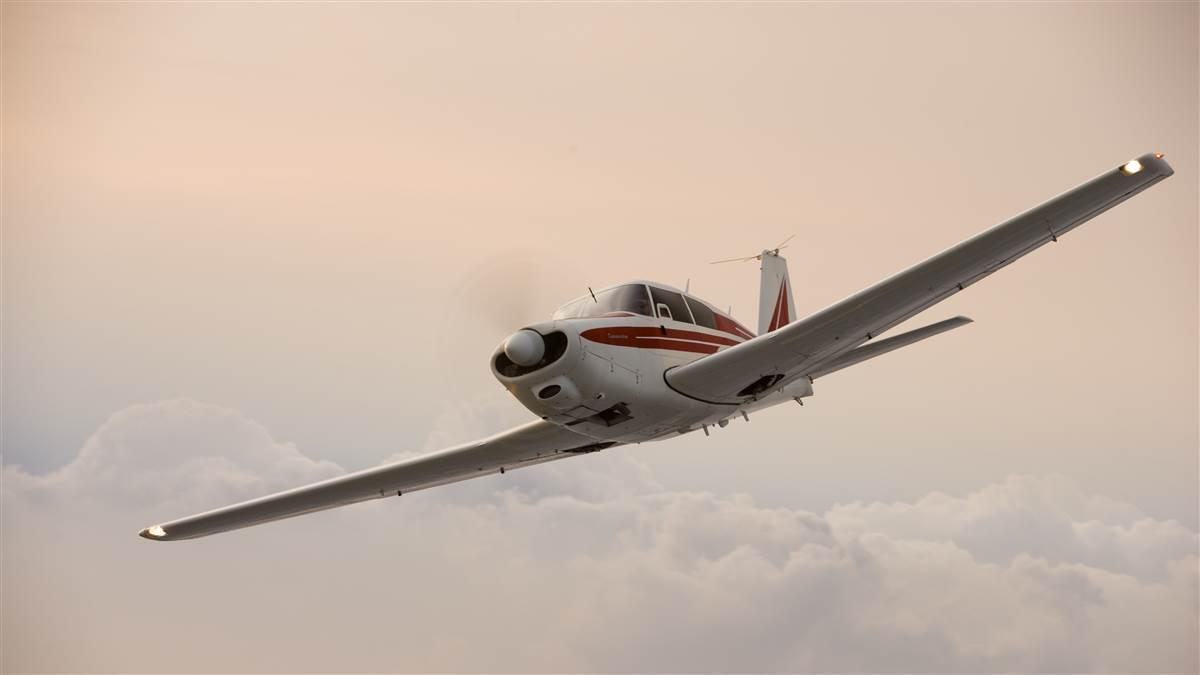 Designed for instrument-rated pilots who have not flown IFR for a long time. 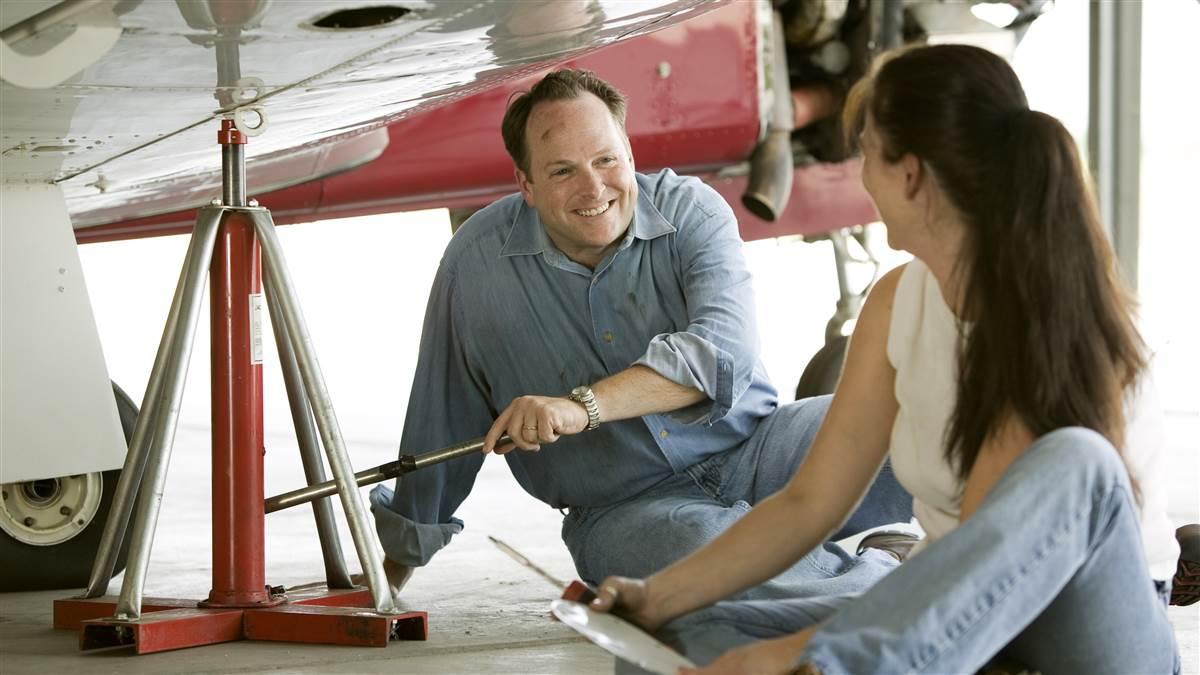 Discover how you can be the manager of how your airplane is maintained.