Get the app Get the app
Already a member? Please login below for an enhanced experience. Not a member? Join today
News & Videos Kitty Hawk electric ultralight debuts

The Kitty Hawk electric prototype ultralight demonstrated at EAA AirVenture in Oshkosh, Wisconsin, in July looks more like a flying king-size mattress than an aircraft. However, designer and test pilot Todd Reichert assures that the commercial product, scheduled for delivery by the end of 2017, will be more fashionable and finished looking. Regardless of its aesthetics, the vehicle was flown to the sound of great cheers from dozens at a time who looked on from the shore of Lake Winnebago during multiple tests at the show. 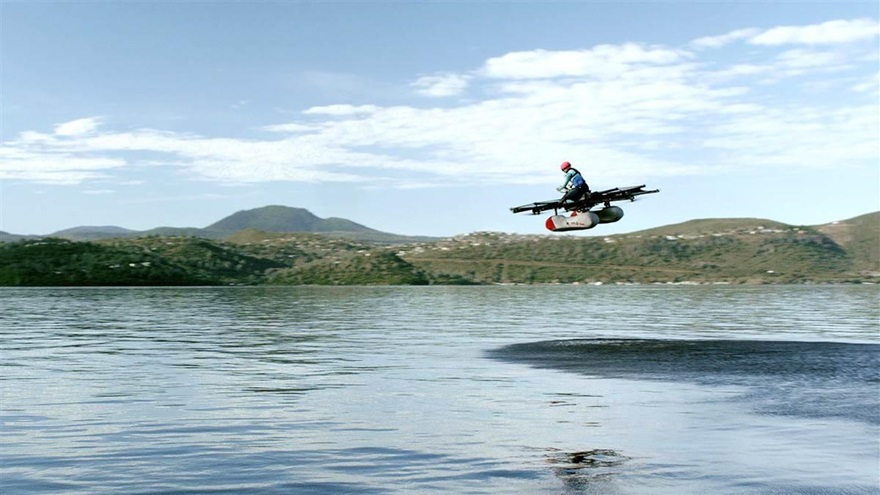 The Kitty Hawk electric ultralight is designed as a recreational vehicle for flights of up to 15 feet over fresh water. Photo courtesy of Kitty Hawk.

Kitty Hawk, powered by eight electric motors—each with its own rotor—is designed as a recreational vehicle for flights of up to 15 feet over fresh water. Think of it as a single-person personal watercraft that flies. The prototype, powered by rechargeable lithium polymer batteries, can fly for only about three minutes. The commercial system later this year will be good for 15 to 20 minutes, according to Reichert. Recharge will take about two hours.

When demonstrating it, Reichert sits atop the webbed structure in a way that you might straddle a motorcycle seat. Handlebars, also reminiscent of a motorcycle, carry controls for blipping the vehicle through roll and pitch and to adjust altitude. A system of accelerometers, solid-state gyros, GPS, a radar altimeter, and a host of other sensors feed a flight computer that stabilizes the craft and limits it to 15 feet above the water. Let go and it levels and hovers, but the prototype doesn’t correct for wind drift. Commercial versions will add that feature, he said.

A variety of redundancies allow it to fly safely if a motor or rotor quits. An autoland mode would then safely lower the vehicle onto the floats underneath.

The vehicle weighs about 230 pounds, according to Reichert, just under the maximum 254-pound weight limit for an ultralight. Because it is being built as an ultralight under 14 CFR Part 103 rules, the operator will not need a pilot certificate. Reichert said with a little ground training, the operator can be safely flying on his or her own in about an hour. A price for the commercial version won’t be announced until it is available for sale. 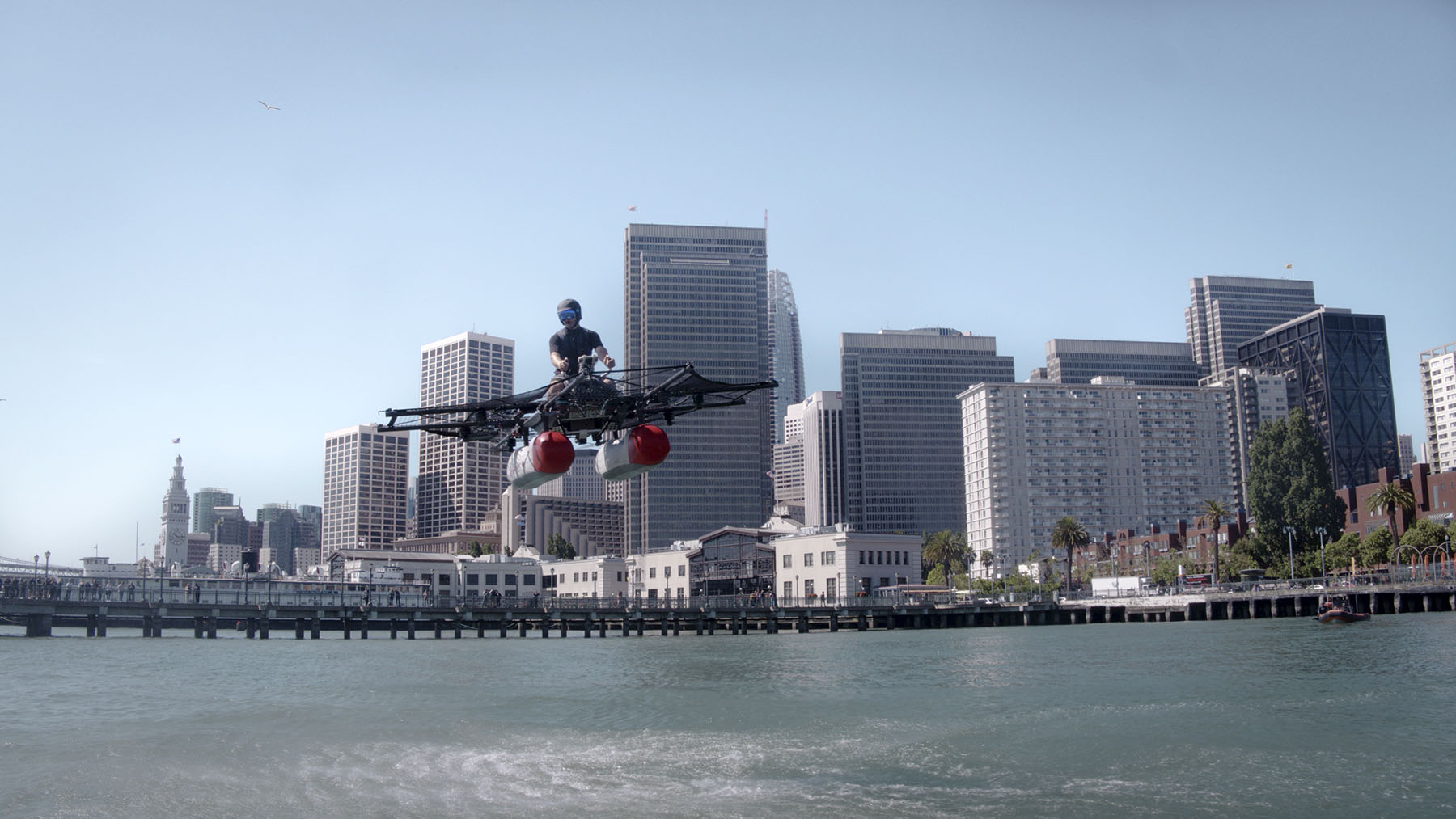 Reichert, with a Ph.D. in aerospace, aeronautical, and astronautical engineering, knows a little about operating unusual vehicles. He was involved in the design of the world’s fastest human-powered bicycle, hitting 85.65 mph. He also built and flew a human-powered helicopter and a flapping-winged airplane—an ornithopter. Kitty Hawk, the name inspired by the location for the Wright brothers’ first powered, controlled flight in 1903, also connects nicely with Reichert’s background as a bicycle builder.

While flight is limited to just 15 feet in elevation, the physics involved in lifting the aircraft are not limited to that, he said. He describes Kitty Hawk as being at the threshold of a whole new transportation system, one that would allow similar vehicles in the future to fly higher, over land, and for longer periods of time. He paints a bright future for the project. While he wouldn’t discuss who is funding the company, published reports say Google co-founder Larry Page is a major investor.

Editor in Chief
AOPA Editor in Chief Tom Haines joined AOPA in 1988. He owns and flies a Beechcraft A36 Bonanza. Since soloing at 16 and earning a private pilot certificate at 17, he has flown more than 100 models of general aviation airplanes.
Go to Thomas B Haines's Profile
Topics: Electric, EAA AirVenture 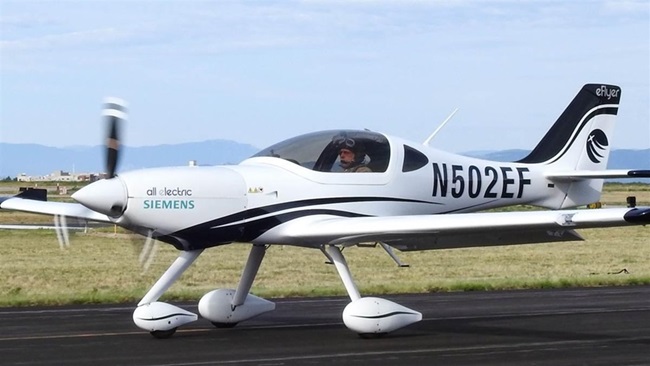