Get the app Get the app
Get the latest news on coronavirus impacts on general aviation, including what AOPA is doing to protect GA, event cancellations, advice for pilots to protect themselves, and more. Read More
Already a member? Please login below for an enhanced experience. Not a member? Join today
News & Media The Phantom of the Oshkosh

Retired fighter pilot Greg Hughes of Austin, Texas, waited patiently during EAA AirVenture in hopes of a glimpse of a McDonnell-Douglas F-4 Phantom like the ones he flew during his years in the U.S. Air Force and the U.S. Air National Guard. 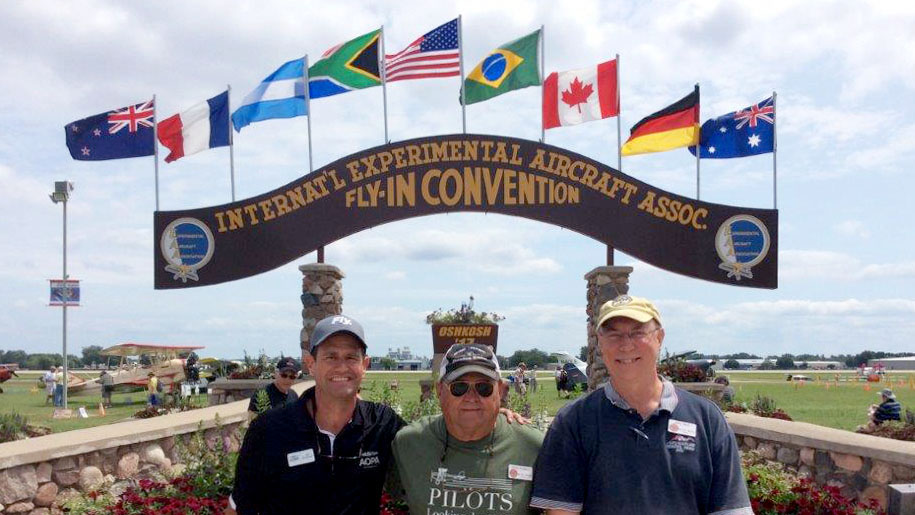 Then, during the final day of his first visit to the annual aviation gathering in Oshkosh, Wisconsin, he not only got to see a Phantom, he got to fly it home.

Fly it home in the baggage compartment of his single-engine Mooney M20C, that is, because that’s where there was room for an F-4 scale model given to him by a young aviation buff from Oshkosh. It was the only Phantom he encountered during the show.

How he came to acquire the scaled-down souvenir is a story that starts with Hughes’s hat, and a July 25 shuttle bus ride he took during AirVenture at Wittman Regional Airport.

“On Tuesday afternoon, I caught a shuttle bus from the main airshow site back to the area where I had parked our Mooney,” he wrote in an email. “I took a seat next to a young man whom I figured was 13 or 14. We struck up a conversation during which I learned that he was from Oshkosh. He knew the airshow area layout like the back of his hand, and knew way more about the airshow performers than I.

“I was wearing a cap which identified me as a retired Air Force ‘Phantom Driver.’ He mentioned that he had a miniature-scale model of the F-4 at home. At that point I told him that I was hoping that the Collings Foundation Phantom or one from Tyndall air force base (manned drone) would show up, but that I didn't think they would.”

Hughes, who flew corporate aircraft after his military service, and still flies two single-engine airplanes, said he thought no more about the passing conversation until the next day when he received a kind of phantom text message, coming as it did “from an unknown individual.” 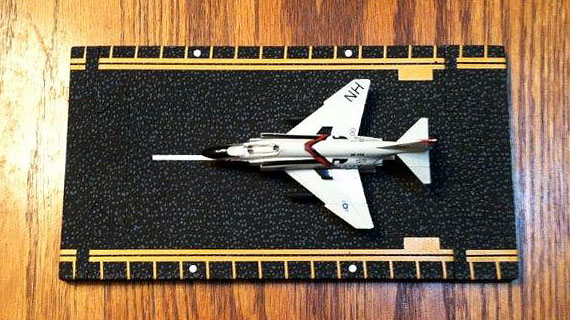 Hughes figures that the young model collector noticed where he exited the bus, and re-appeared on July 26 at the Mooney parking and camping area, where he got Hughes’s phone number from another pilot while Hughes was elsewhere watching the airshow.

Hughes learned that the youngster—Hughes speculates that he could be the prototypical “kid from the other side of the airport fence”—had been asking around as to which Mooney belonged to the F-4 pilot.

The pilots in the Mooney neighborhood took it from there.

“Other members of our group took him under their wing, showing him their planes and allowing him to sit in them, etc. When I returned to the camp site, the leader of our group rushed up to me and told me what had happened and that the young man was still hanging around. We sought him out and I met him—again.”

By then the hungry show-goers were lining up for a barbecue dinner. Hughes had an extra meal ticket, “so I offered the ticket to my new buddy.”

“Funny how things like this work out,” he added.

Later, Hughes was dismayed to discover that the young model builder’s number had vanished from his phone. As the owner of the 1975 Mooney M20C and the occasional pilot of a 1946 Taylorcraft BC12D, Hughes gives EAA Young Eagles program introductory flights to youngsters back home in Texas in both aircraft—passenger’s choice, he says—and he would have liked to explore his new friend’s interest in aviation, and encourage it.

Hughes hasn’t given up hope of reconnecting. In the meantime, he has been enjoying his Oshkosh souvenir scale-model Phantom, recalling flying the reconnaissance variant of that “fast beast” of an aircraft that “proves that if you put enough thrust on a brick it’ll fly.”

He has also widely shared the story of how he came to own the model, informing listeners that the experience “fuels my passion more than ever to ‘give back’ a portion of what I've been so blessed with as an aviator.”