Get the app Get the app
Already a member? Please login below for an enhanced experience. Not a member? Join today
We will be performing maintenance on our systems Sunday 9/19 from 12am to 6am ET. During this time, you may experience intermittent service outages. We appreciate your patience.
News & Media Savvy Maintenance
Savvy Maintenance coverage sponsored by Aircraft Spruce

Opinion: Back in the Game

The first flight after maintenance is special

My client wanted to buy a Beechcraft Bonanza A36, and narrowed his search to two promising candidates. One had recently sustained a “forgot to remove the tow bar” prop strike, necessitating an engine teardown inspection and propeller overhaul, but the seller was upbeat, suggesting that his misfortune represented a windfall for my client: 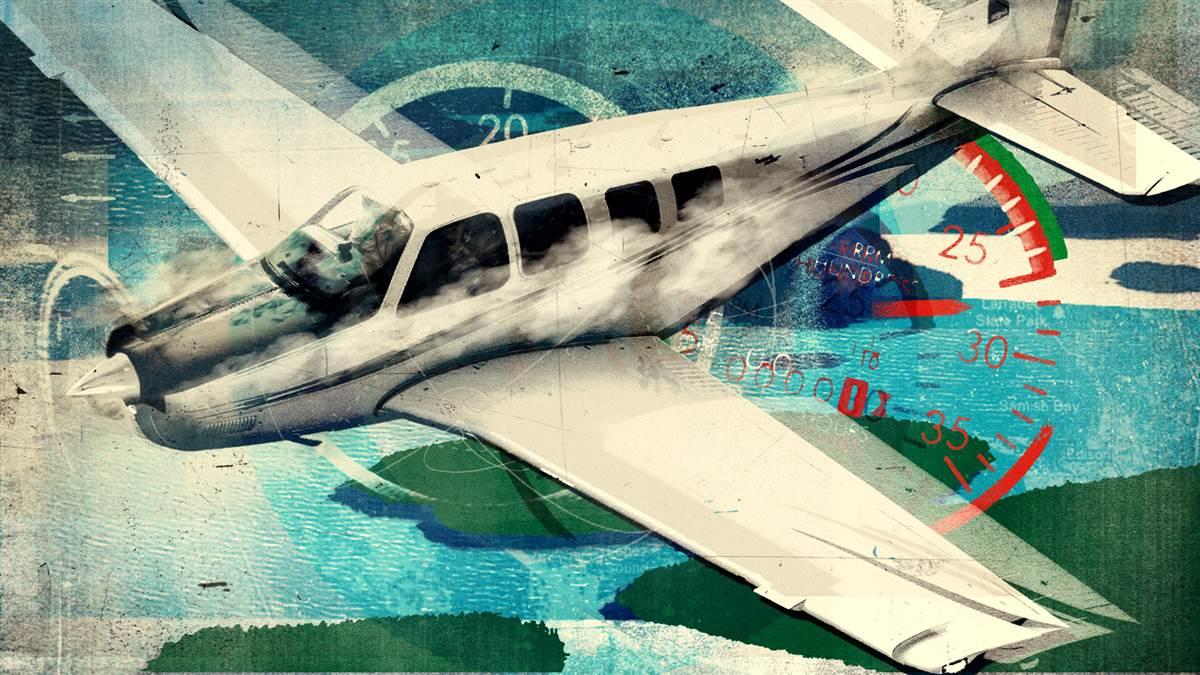 While this tow bar event has been a royal pain, we have ultimately ended up with a greatly upgraded airplane and one that the buyer can have an extremely high level of understanding and confidence of the condition of the engine at 1,237 hours.

This plane won’t need a prebuy, because more information than one could ever dream of getting in a prebuy is already available.

Less than a week later, my client received a downbeat follow-up from the seller: “I wanted to let you know the Bonanza is off the market—permanently. On the test flight after the new prop, tear down, et cetera, the prop had an overspeed situation and the engine blew up while my partner was on the way to San Juan. No one was injured in the accident. It is kind of sad, she was such a nice aircraft!”

The local island newspaper carried an interesting story and some dramatic photos of the crash scene on Lopez Island just east of the intended destination of San Juan Island. San Juan is the largest of the San Juan Islands in the middle of the massive Puget Sound located between Seattle, Washington, and Victoria, British Columbia. San Juan Island is the site of picturesque Friday Harbor, and a popular $100-hamburger destination. According to the newspaper account and the NTSB preliminary report, the 50-year-old owner of the 1996 Bonanza A36 loaded his 43-year-old girlfriend and her two young sons into the airplane and took off from Paine Field in Everett, Washington, for the 30-minute overwater flight to Friday Harbor.

The Bonanza overflew Whidbey Island Naval Air Station airspace at 5,000 feet and began to descend overwater toward the San Juan Islands. Shortly thereafter, the pilot observed rpm increasing. He pulled back the prop control, but rpm continued to rise. He then throttled back, couldn’t control the prop overspeed, and then heard a loud bang from the engine followed by smoke in the cockpit and loss of engine power.

The pilot was now over Lopez Island, east of San Juan Island, and attempted to reach a small airstrip on that island but quickly determined he couldn’t make it. He initiated a forced landing on a nearby road, had to pull up at the last minute to avoid a vehicle, and then landed on the road but had the left wing strike a wooden fence post, resulting in substantial structural damage to the left wing and twisting and buckling of the empennage. The four occupants were treated for scrapes and bruises by the Lopez Island Fire Department.

I can’t help asking what possessed this pilot to conduct his initial post-maintenance test flight (immediately following an extensive engine teardown and propeller overhaul) on an overwater flight with a cabin full of passengers, including young children. Did he conduct this flight with the appropriate “test-pilot mindset”?

In a perfect world, a conscientious mechanic would counsel the owner to perform a post-maintenance test flight, but that rarely happens. Nothing in the federal aviation regulations suggests that a mechanic has any regulatory obligation to offer such counsel. Since 91.407(b) is in Part 91 (which speaks to owners) rather than in Part 43 (which speaks to mechanics), I think it’s clear the FAA looks to the owner, not the mechanic, to make the call.

Certain kinds of maintenance—horsepower increase, speed modifications, STOL kit, et cetera—obviously require a post-maintenance test flight, since these alterations are specifically intended to “appreciably change flight characteristics.” But what about an engine teardown or propeller overhaul? NTSB data clearly demonstrate the risk of a catastrophic engine failure on the first flight after a teardown or overhaul or rebuild is alarmingly high. More generally, the first flight after maintenance is by far the most likely time for an equipment failure that can compromise safety of flight. So in my view, a test flight should be made every time an aircraft is returned to service after maintenance.

The test flight should be made without passengers, in day VFR conditions, conducted with a test-pilot mindset in a safe environment close to an airport in case something goes wrong. Arguably, the FARs don’t require this explicitly, but it’s common sense.

Not an isolated case

Two days after I learned about the A36 crash, I received a phone call from the owner of a 1966 Mooney M20C who wanted to put his aircraft under professional maintenance management with my company. “I feel compelled to warn you,” he told me, “that this aircraft hasn’t flown for two years.”

It seems the Mooney owner had flown his aircraft to Nassau in the Bahamas, and while in Nassau it sustained a prop strike involving some object at the airport. His aircraft went into the shop at Nassau, he contacted his insurance agent, and ultimately the underwriter issued the Nassau shop a check for $25,000 to pay for the engine teardown, prop replacement, and minor airframe repairs.

Unfortunately, receipt of this advance payment relieved the Nassau shop of any real incentive to get the Mooney repaired quickly. Much to the owner’s frustration, things progressed at a glacial pace. The shop ultimately shipped the engine to Florida for teardown, ordered a replacement prop, performed some airframe repairs, reinstalled the engine, and installed the prop. By the time the Nassau shop approved the aircraft for return to service, a full year had elapsed.

The owner took an airline flight to Nassau, hopped into his Mooney, and launched overwater for the 160-nautical-mile flight to Fort Lauderdale. Within minutes, the fuel pressure gauge was reading far below normal, the engine was unable to produce more than about 50 percent power, the propeller pitch was uncontrollable, and the landing gear would not fully retract. Despite all these discrepancies, the owner was apparently so desperate to get his airplane back to the U.S. mainland that he continued the flight over the high seas and managed to make it to Fort Lauderdale, where the Mooney remained in a repair facility for the better part of another year while the shop troubleshot and resolved multiple discrepancies. The Florida phase of this ordeal involved a second engine teardown; replacement of the prop governor, carburetor, fuel pump, and fuel selector valve; and extensive airframe repairs.

When my firm finally took over maintenance management responsibility for this aircraft, we called the director of maintenance of the shop in Fort Lauderdale to inquire about the condition of the aircraft. “Let me put it this way,” said the director of maintenance. “I’m sure glad he didn’t fly over my house.” After inspecting the Mooney, he was astonished the owner/pilot managed to make it from Nassau to Fort Lauderdale without winding up in the Atlantic Ocean. What part of “post-maintenance test flight” didn’t the pilot understand?

If you have to ask…

Later, I received an Email from another managed maintenance client whose beautiful Cirrus SR22 was just wrapping up its annual inspection. The owner was planning to pick up the airplane from a Cirrus authorized service center in Southern California, and mentioned that he needed to pick up the airplane Friday, because on Monday he was leaving on a three-week transcontinental trip. His Email concluded, “Should I ask the mechanic to fly with me around the pattern for an in-flight test? I have never done this; mostly I just preflight the plane and then fly away. What are your thoughts?”

Mike Busch is arguably the best-known A&P/IA in general aviation. He writes the monthly “Savvy Maintenance” column in AOPA PILOT and hosts free monthly EAA-sponsored maintenance webinars. Mike is a mathematician by training, having received his Bachelor of Arts degree in mathematics from Dartmouth College. After Dartmouth, he did graduate work in mathematics at Princeton University and in business administration at Columbia University. While at Dartmouth, Mike did pioneering work in computer software development, and ultimately retired from a long, successful career as a software entrepreneur. Mike then co-founded AVweb in 1995 and served as its editor-in-chief and investigative journalist until its sale to Belvoir Publications in 2002. Through his work as a type club tech rep for Cessna Pilots Association, American Bonanza Society, and Cirrus Owners and Pilots Association, and as CEO of Savvy Aviation, Inc., Mike has helped thousands of aircraft owners resolve thorny maintenance problems that have stumped their local A&Ps. Founded in 2008, Mike’s company Savvy Aviation, Inc. provides a broad palette of maintenance-related services to thousands of owners of piston GA airplanes. Those services include maintenance management and consulting, engine monitor data analysis, a nationwide prebuy management program, and 24/7 breakdown assistance that’s essentially “AAA for GA.”
Go to Mike Busch's Profile
X