Get the app Get the app
AOPA will be closing at 2:30 pm ET on Friday, May 27, 2022, in observance of Memorial Day. We will reopen at 8:30 am ET on Tueday, May 31, 2022.
Already a member? Please login below for an enhanced experience. Not a member? Join today
News & Media Mentor Matters: Single-pilot Flying Techniques

ust because you’re alone, doesn’t mean there can’t be backup

While many pilots express the safety of redundant engines and systems as a main reason they aspire to or currently enjoy flying a light twinjet, in fact fewer than 15 percent of accidents occur because of mechanical causes. The pilot is often the only thing in the aircraft without a backup. 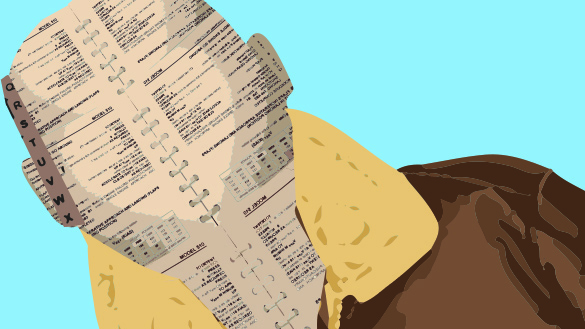 Our main goals, then, when establishing single-pilot procedures and best practices should be focused on backing up the pilot. First, we want to create as much redundancy of procedure as possible, to always have in place a process optimized to catch the inevitable errors any human will make. If there’s no one else to catch the mistake, we must create opportunities and prompts for the pilot to do so. Second, as workload and time pressure have been shown to immensely increase the chance of error occurring in the first place, we want our procedures to be designed to reduce the pilot’s workload to the greatest extent possible.

A perfect example of a strategy working toward this second goal is regular use of the autopilot—considered so critical for single-pilot flight that the FAA mandates no jet can be flown single pilot unless the autopilot is operative. The concern from the FAA is not that hand-flying the aircraft is such a difficult task that the pilot won’t be able to perform secondary jobs such as talking on the radio, running checklists, et cetera. Rather, the FAA recognizes that when tasked with hand-flying an aircraft, the pilot’s situational awareness is often greatly compromised.

So much of the pilot’s attention must be directed to maintaining altitude, heading, and airspeed that very little is left for a higher-level review that looks out one, two, or better yet, five minutes into the future to extrapolate both where the airplane will be and what hazards may be present then. By utilizing the autopilot, the pilot in command essentially stops being as much only a pilot, and is better able to function as an aircraft commander—maintaining a high enough level of situational awareness as to be constantly error checking and planning.

Thus, use of the autopilot is strongly encouraged for any single-pilot operations where the workload or threat is elevated: terminal arrivals, departures, and approaches with multiple course and altitude changes, for example, or operations in IMC close to terrain or traffic. There certainly is a time for hand-flying with the goal of maintaining proficiency, but it should be performed when the external hazards and internal workload can be honestly assessed as low.

First, we want to create as much redundancy of procedure as possible, to catch the inevitable errors any human will make. Second, we want our procedures to be designed to reduce the pilot’s workload to the greatest extent possible, to reduce the chance of an error occurring in the first place.Of course the autopilot can only do what it is directed to, and there is another opportunity for a solo pilot to greatly reduce workload, and even create a sort of internal redundancy—proper mastery and memorization of some of the critical profiles the pilot may need to execute. A pilot faced with an engine failure during takeoff, or an unexpected go-around, will be required to execute a specific and complex set of steps to maintain proper airspeed and flight path, while simultaneously coping with the surprise of the unplanned event. The startle factor itself can eat up a large chunk of “mental bandwidth,” so much so that consciously thinking through a go-around procedure, for example, may not be possible.

By disciplined review and chair-flying of these procedures, the pilot can imprint them to the extent that conscious recall is not needed. In particular by combining a verbal enunciation of the steps (“positive rate, gear up, select nav”) with physical movements mimicking those needed during the event (optimally in the actual cockpit of the aircraft or in front of a cockpit poster), the pilot creates mental redundancy by utilizing two different parts of the brain: one verbally focused, and one movement focused. During a high-workload event the verbal parts of the brain may become easily taxed, while the movement centers remain engaged. Pilots who have performed diligent profile drilling often find their hand going to the correct button or control even if they can’t get the proper words out.

As a third, and perhaps most critical, pillar of single-pilot flying, proper checklist use is a skill with some overlooked subtleties. First, though, the pilot must be committed to, and recognize the need for, disciplined checklist use. Industry working groups have recognized that single-pilot adherence to checklist usage is an area with some room for improvement. Especially in new light jets with highly automated systems, pilots can develop complacency regarding checklist usage that grows with time and familiarity.

Recognizing the need for, and making a commitment to, checklist use during every phase of flight is only part of the aid checklists can offer a single pilot, however. In a single-pilot environment, the pilot can create optimal redundancy by utilizing a flow/checklist process, as opposed to the more common “do-list” mentality. If takeoff flaps are to be set after engine start, for example, and the pilot reads “Flaps, set for takeoff” and then uses the line as a cue to position the flaps, he is utilizing the checklist as a do-list.

The critical disadvantage of this method is that there is only one procedural step to ensure the flaps are set—the checklist line. A pilot using a flow/checklist procedure, in contrast, would set the flaps as part of a specific, memorized set of several actions performed after the second engine start. After performing this complete flow from memory, the pilot would then read through the checklist, checking each item of the flow one by one. This method gives the pilot double the opportunity to ensure proper configuration, as compared to the do-list method, and provides an effective “double check” of their actions.

Neil Singer is a Master CFI with more than 8,500 hours.