Get the app Get the app
AOPA Members DO more LEARN more SAVE more - Get MORE out of being a pilot - CLICK HERE
News & Media Training Tip: Tail strikes
Sponsored by Aircraft Spruce 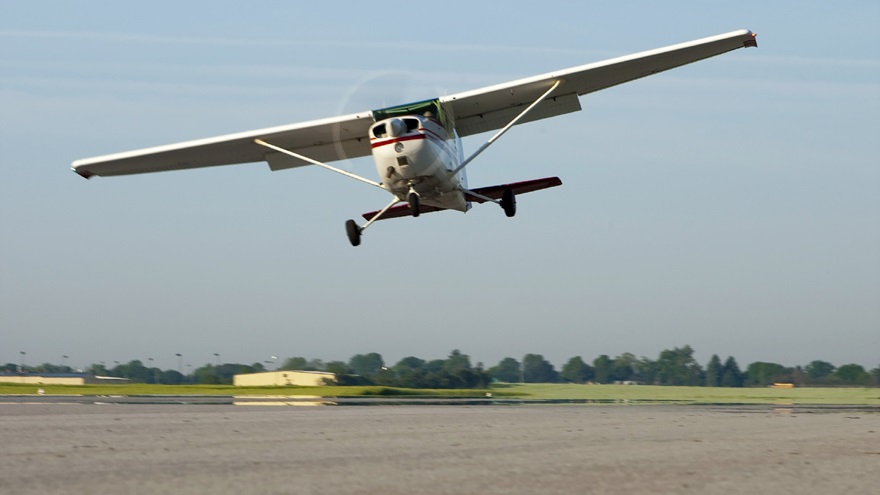 While tail strikes are uncommon, they are a risk during hard landings, go-arounds, and even attempted go-arounds. Photo by Christoper Rose.

This time, the 17-year-old Cessna 172 pilot with 67 total flight hours landed safely on Runway 24. But when the airplane was inspected for damage from the bounced landing sequence—during which the tail section had contacted the ground—a jammed right elevator was discovered. Fortunately, the bent metal had not prevented the pilot from maintaining control during the approach to land on Runway 24, in winds estimated at 18 to 20 knots with higher gusts, based on observations noted before and after the mishap.

When you read about hard landings and the damage that results from them, most reports describe incidences of porpoising. That’s when a too-flat landing results in a succession of ever-more violent bounces until the aircraft runs off the runway or the nosewheel of a tricycle-gear airplane collapses.

Accidents involving tail strikes don’t seem to occur as frequently, but there are a number of scenarios in which they are a risk—and as cases demonstrate, the structural damage can be significant.

National Transportation Safety Board accident reports can be found about tail strikes occurring during hard landings, go-arounds, or an attempted go-around, notably if the pilot failed to follow correct balked-landing procedures, resulting in an excessively nose-high attitude and the tail contacting the ground.

A tail strike can result if something goes wrong on takeoff, too. When a Cessna 172 encountered a dip in a dirt runway in Idaho just as the pilot was rotating the aircraft to the takeoff attitude, the pilot felt a “thump” when the tail hit the ground. Once again the pilot continued the flight—and once again, subsequent inspection “revealed that the airplane sustained substantial damage to the bulkhead and lower skin of the tail cone.”

Speaking of postflight inspections, if there is one more safety tip to consider about tail strikes, make sure the aircraft you are about to fly has not experienced one by giving the tail section a good look-over during your preflight inspection. Make sure that the control surfaces move freely and unimpeded, as the checklist mandates.

As another accident report demonstrates, a pilot who experienced a tail strike may leave the airport unaware, only for the damage to be discovered later by another pilot alert enough to notice it.