Get the app Get the app
AOPA will be closed July 4th, in observance of the Independence Day holiday. We will reopen at 8:30 am ET on Tuesday, July 5.
News & Media Flying Carpet 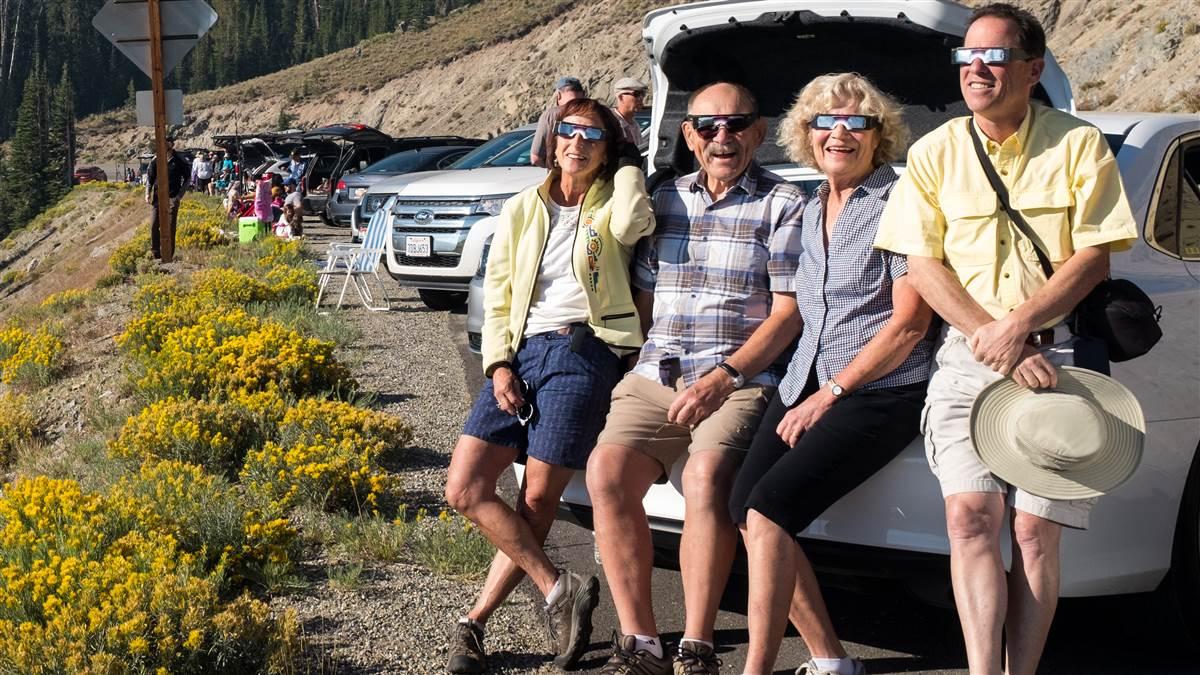 We laughed because he and his wife, Laurel, had just flown their Cessna 182, Henry, from Truckee, California, to meet our Flying Carpet in Hailey, Idaho, for this year’s celestial event. Jean and I had originally planned to fly to Oregon, but amid predictions of gridlocked airports and roads I’d phoned Laurel and Tom, asking if and where they planned to view the eclipse.

“Greg, that’s three months away!” Laurel had chuckled. But upon learning that hotels and airport ramps were already filling, she proposed we rendezvous in Sun Valley, where friends would loan us their condo. For 38 years, Jean has endured stories about the time I flew to Canada for a mid-winter total solar eclipse, on a weekend she had to work. Now, finally, I hoped to share the experience with her.

As media hype grew, however, so did our concerns. Would there be room to land and park? Would the weather cooperate? Could we count on ground transportation? Should we bring groceries, assuming restaurants would be full and stores empty? Then there was the route—traversing high mountains across Arizona, Utah, and Idaho, and transitioning Salt Lake City’s mountain-ringed Class Bravo airspace.

On departure day, our worries were quickly displaced by wonder as we ogled the Grand Canyon, Vermillion Cliffs National Monument, and spectacular Bryce Canyon from above. Then Salt Lake Approach warmly welcomed us across its scenic namesake.

Hailey’s Friedman Memorial Airport (SUN) lies in a narrow mountain valley open only to the south. Hence, for most traffic it’s a one-way airport. Inbound aircraft land on Runway 31, and outbound depart Runway 13.

“Fly the east side of the valley inbound,” directed the tower, “and watch for a departing Learjet on the west side.” We skimmed mountains on downwind for Runway 13—a privilege limited to light aircraft—and the good folks at Atlantic Aviation accommodated both our airplanes on their crowded ramp.

We explored Ketchum the next day, and Sun Valley—the nation’s first destination winter resort, with the world’s first chairlift. For the main event we drove 30 miles north to Galena Summit.

“The eclipse was awesome!” Jean later told her mom. “The temperature dropped 30 degrees, the sky dimmed, and we saw solar flares and the sun’s corona, and the ‘diamond ring effect’ at the end. But words and pictures can’t describe the experience of being there.”

Flying home, Jean and I rationalized that Carly Simon’s “vanity” line didn’t apply to us: We’d flown the gorgeous intermountain West to a new-to-us state, reconnected with dear friends, and marveled at some of the world’s most spectacular landscapes from aloft. Sure, we’d planned for months and flown eight hours for two minutes of totality, but we’d remember those moments for a lifetime. What’s more, the views beneath our wings were proving nearly as memorable as the eclipse itself. But, you know what? If flying adventure means vanity, count us in.