Get the app Get the app
News & Media Quick Look: Bombardier Learjet 45

New-generation Lear marked a new era for the storied brand

Bombardier’s Learjet 45, announced in the early 1990s, was recognized as a significant step in the long history of Lears. For the first time since the original Lear 23, the company created a clean-sheet design—abandoning the legacy circular fuselage that had been stretched and broadened over several decades to create such popular designs as the 31, 35, 55, and 60. The 45’s ovoid fuselage cross-section provides more head and shoulder room. The 45 also employs a new wing design. 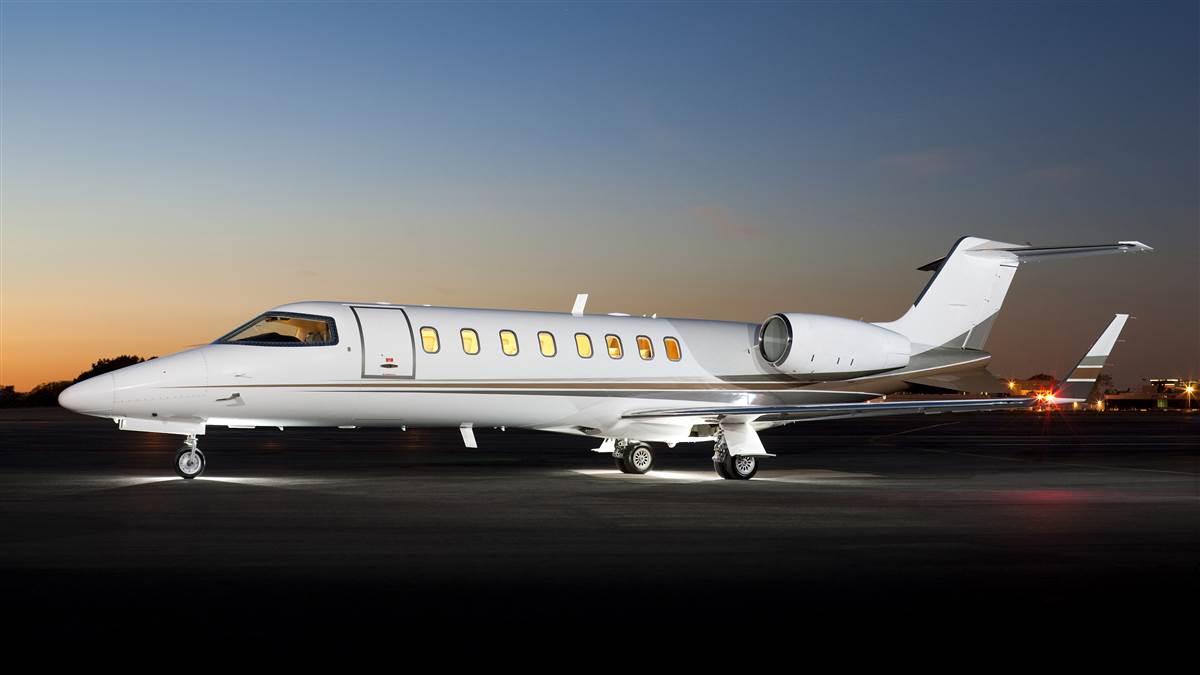 Firmly planted in the mid-size category, the 45 succeeds in the areas of cabin comfort, speed, and typical Learjet climb performance. It still has a cramped cockpit, although it’s far better than the Lear 20 series—famous for creating seat-specific pilot head tilts. The 45 was heavier than targeted, however, so useful load and/or optional equipment is sacrificed.

The FAA certified the Lear 45 in 1997, and deliveries started with the 1998 model year. Follow-on models included the Lear 45XR, which arrived in 2003 and continued in production until the 2012 model year. All straight 45s can be updated to the XR, which provides more power for improved hot-and-high performance and a 1,000-pound-higher maximum takeoff weight. The 45 was succeeded by the Lear 75, which overcame many of the performance/loading tradeoffs of the original 45.

The 45 is certified to FL510, but most operators don’t get that high. Typical cruise is in the mid 40s with speeds of Mach 0.78 to Mach 0.8. First-hour fuel burn is 2,100 pounds, and 1,600 pph for each hour after at Mach 0.8. Kent Rupiper flew a 2000 model Lear 45 for several years and reported typical cruise speeds of 455 to 465 knots true airspeed/Mach 0.8. Rupiper said his company used Mach 0.77 for long-range cruise; anything less and the airplane had difficulty maintaining a steady speed.

Cabins typically are arranged with a double-club setup with a lavatory and/or galley. A belted potty seat is optional. The design utilizes a flat floor, eliminating the trenched aisle that older Lears use. Baggage rides externally from the cabin in a 50-cubic-foot area that is heated but not pressurized—an improvement over earlier Lears, in which luggage had to be loaded through the cabin. Although it was originally designed to be, the 45 isn’t a fill-the-seats, fill-the-tanks airplane with typical options. Rupiper says he can fill the seats only on missions less than three hours. After the XR upgrade, he says it could handle six and full fuel.

Rupiper praised the cockpit layout and the Lear’s handling qualities. “The airplane is great to hand-fly, with very little input to get response,” he said. Avionics are the four-screen Honeywell Primus 1000 with Universal UNS-1C FMS. The XR features the UNS-1E.

After the XR engine upgrade, Rupiper reported much stronger climb performance in the mid 20s and up. “Our longer legs were in the 1,900-nautical-mile range and we would fly FL400 through FL450, and most times could go right to altitude if ISA,” Rupiper said. Landing performance is excellent—typically, 3,500 feet is all it needs. Takeoff, though, has never been a Lear strength; the 45 needs at least 4,500 feet of runway at high weights or high density altitude.

Operators reported lukewarm support for the type in the 2000s, but the jet’s reception has improved since then. A 2015 Professional Pilot survey placed Bombardier in the middle of the pack. As for supporting its pilots, owners, and mechanics, Bombardier’s annual Safety Standdown series of meetings has proved popular.