Get the app Get the app
Already a member? Please login below for an enhanced experience. Not a member? Join today
News & Media TFR set for Trump's Florida visit

A temporary flight restriction (TFR) will be in effect Feb. 3 to 6 in the area of West Palm Beach, Florida, during President Donald Trump's visit to his Mar-A-Lago estate. 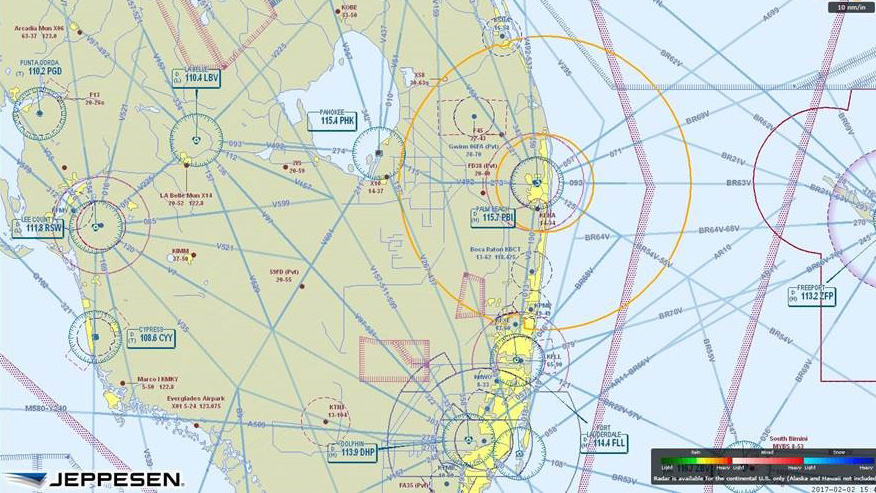 Pilots are urged to check notams frequently for changes to the effective times or the lateral and vertical configuration of the TFR. General aviation operations will be prohibited at Palm Beach International Airport and Palm Beach County Park Airport when the TFR is in effect.

In the outer area of the TFR, aircraft operations are limited to aircraft arriving or departing local airfields, although air traffic control may authorize transit operations if workload permits. “Aircraft may not loiter. All aircraft must be on an active IFR or VFR flight plan with a discrete code assigned by an air traffic control (ATC) facility,” the TFR notes.

AOPA recognizes the need to provide extra presidential security. The association remains concerned, however, about the effect of far-reaching TFR restrictions on jobs and local economies.

On Dec. 15, 2016, AOPA President Mark Baker sent a letter to the Trump transition team requesting that the incoming administration consider the local economic impact when implementing TFRs for the president’s travels.

On Jan. 13, AOPA followed up with the director of FAA System Operations Security, requesting in a letter that the FAA establish an airspace cutout that would exclude Palm Beach County Park Airport (Lantana Airport) from the 10-nm inner core of the TFR, and establish special procedures to allow ingress and egress.

“We understand that no aircraft should fly over the President’s residence while he is at the estate and that the USSS requests all flights be directed away from Mar-A-Lago,” wrote AOPA Director of Aviation Security Nobuyo Sakata. “By using certain runways at Lantana Airport, such as departing from Runway 15 or 21 and arriving on Runway 9 or 27, both departure and arrival traffic at Lantana Airport can be directed away from the center of the TFR and any flow of traffic directed at Mar-A-Lago can be eliminated.”

Combined with published arrival and departure procedures, a cutout for Lantana Airport would “allow general aviation to continue to operate while ensuring positive control and identification of all aircraft,” she added.

AOPA will monitor the TFR’s impact and will report to members.

AOPA also will continue to work with the FAA, TSA, and the U.S. Secret Service to discuss the proposed TFR airspace cutout for Palm Beach County Park Airport and security screening options, she said.

The airport is a designated reliever for Palm Beach International Airport and serves GA in central and southern Palm Beach County, including Lantana, Wellington, Deerfield Beach, and areas north of Boca Raton.

Approximately 270 aircraft are based at Palm Beach County Park Airport, where annual aircraft operations exceed 120,000—about 75 percent of which are generated by local aircraft owners and operators.