Get the app Get the app
Already a member? Please login below for an enhanced experience. Not a member? Join today
News & Media Blizzard smacks New England

It was a good day not to fly

The staff of airports across New England worked hard to clear a foot or more of snow after a Feb. 9 blizzard brought the region to a standstill. By Feb. 10, most airports, if not all, had reopened, thanks to heavy equipment and lots of practice. 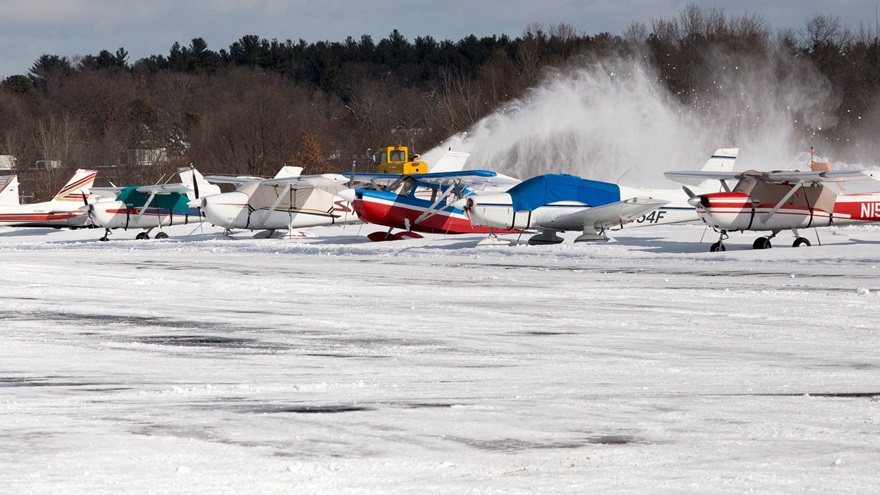 Bill O'Leary and his staff had Robertson Field (4B8) in Plainville, Connecticut, reopened Feb. 10 after clearing a foot of snow, perhaps a little more. Jim Moore photo.

The National Weather Service reported that blizzard conditions persisted for more than 5 hours in Providence, Rhode Island; Hyannis, Massachusetts; Boston, and other locations around southeastern New England. To be officially deemed a "blizzard," a storm must produce snowfall that reduces visibility to a quarter-mile or less, with sustained winds (or frequent gusts) measured at 35 mph or more, for at least three consecutive hours.

The next day, scattered cumulus clouds framed a brilliant blue sky, and Bill O’Leary slowed his plow-pushing pickup truck to chat with a curious visitor on the ramp of Robertson Field Airport in Plainville, Connecticut. O’Leary, who manages the airport on the town's behalf, figured he’d reopen ahead of the of 3 p.m. time he had reported when filing the notam. The runway was still mainly covered, but field conditions were improving rapidly as engines churned and snow flew back into the sky.

O’Leary has owned Interstate Aviation, the fixed-base operation, charter service, and flight school at the airport, since he founded it in 1971. Over the years, he and his staff have cleared countless tons of snow from the runway, taxiways, and ramp, using ordinary plows and a front-end loader for most of that time. Three or four years ago, after recording a whopping season snow total, O’Leary reached a limit.

“When we had that 92-inch year, that was a real challenge,” O’Leary recalled. “That’s when I bought that blower.” 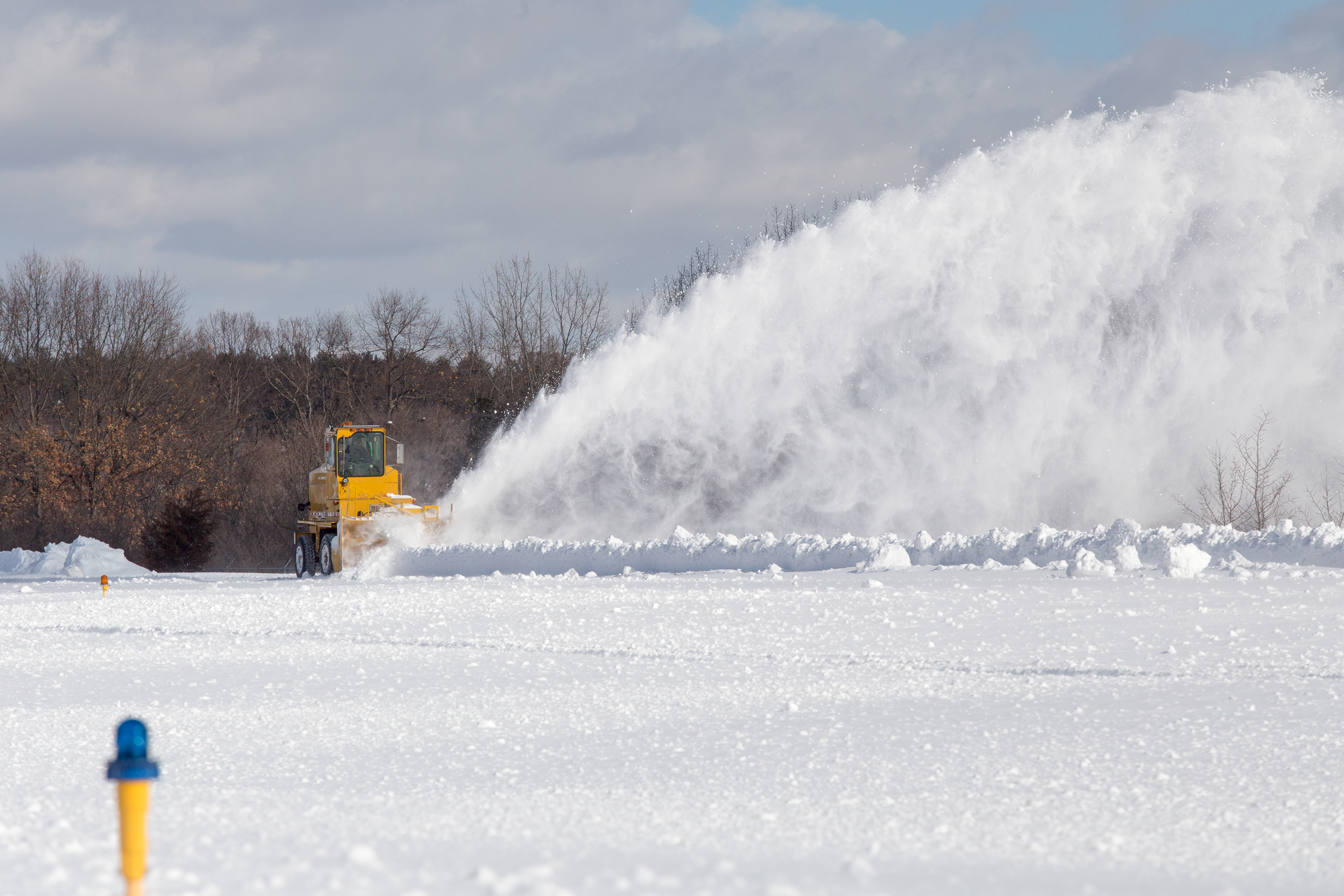 A few hundred feet away, a yellow SMI Snowmaster, which can fling upwards of 2,000 tons of snow per hour, churned through deep drifts, blasting them into white, icy clouds and chunks, hurling it all more than 50 feet east. O’Leary said he and the crew have a system worked out to avoid creating berms and piles that would hem in the runway and taxiway and obstruct visibility on the ground, posing a hazard to aircraft: Snow covering taxiways is blown again over the runway, then again east toward and into the tree line so piles form well clear of any wingtip. Even with big machines, it takes a while after a big storm.

Tucked safely in a heated hangar, a pair of Citation Excels awaited the next charter customer. No flights were booked Feb. 10, but O’Leary said that would not have been a problem.

“If we had a trip here this morning, we would have stayed here all night,” O’Leary said. The Snowmaster, which clears a swath four feet wide, cost O’Leary about $20,000, including the purchase of the used machine that needed a new motor, parts, and labor. O’Leary said the investment has proved worthwhile.

Since 2011, when Bradley International Airport in Windsor Locks, Connecticut, logged an official total of 57 inches of snow for the year, the most in many decades, few winters have passed without at least one major snow storm that leaves more than a foot of flakes behind. An alternating-year pattern has begun to emerge, with huge storms in 2013, in 2015, and now another for 2017—with more heavy snow expected days behind it.

The blizzard of Jan. 26, 2015, left more than three feet on the ground in locations across New England, and was basically a snowier version of the same storm that struck Feb. 9. The snow being cleared Feb. 10 arrived four years to the day after a similar nor’easter struck the region on Feb. 9, 2013, leaving 40 inches on the ground in Hamden, Connecticut, which boasted the highest total of that storm. Less than half of that amount—19 inches—was the highest total recorded on Feb. 9, and that from East Hartford, Connecticut, across the Connecticut River from Brainard Airport in Hartford. A message left with a Connecticut Airport Authority spokesperson Feb. 10 was not immediately returned.

At Block Island State Airport, 66 miles southeast of Robertson, Andy Transue, a line service technician, was the only member of the airport staff available for snow removal duty. (Transue makes do with shovel and plow, though he has help from a snow-removal contractor.) He said the airport reopened around 11:30 a.m. Feb. 10 after a 24-hour shutdown prompted by the storm, which left far less snow, about six inches, on Block Island than points inland. But that powdery half-foot blew around quite a bit in 45-knot winds.

There was, Transue said in a telephone interview, “a lot of drifting,” though the runway itself was blown nearly clear.

New England Airlines runs daily scheduled service between Block Island and Westerly, Rhode Island, a short hop across Block Island Sound that might as well have been a million miles on Feb. 9, as snow and wind, thunder and lightning pummeled the coastline and interior between New York and Boston.

“They were out of business all day yesterday,” Transue said. The same could be said for airlines and virtually every other aviator across the region, as whiteout conditions and snow falling at a rate of up to three inches an hour grounded aircraft from Boston to New York, cancellations also filling up the boards at Bradley International Airport, halfway between.

Days of relative warmth had heated the ground just ahead of the storm’s sudden arrival, and while the nor’easter quickly pulled in frigid air from the north to create a snow-making machine that blanketed thousands of square miles, the warm ground melted the first inch or so, which then compacted and stubbornly resisted all sorts of plows and scrapers. For many hours after the last flake fell, runways and roadways alike remained stubbornly coated with a tough, icy white finish.

“The sun came out and melted it right down to bare pavement,” Transue said in the early afternoon phone call.

Back in Plainville, O’Leary was scraping diligently and still awaiting the same effect as the lunch hour approached.

O’Leary, who retired in July from a flying career spanning 56 years as a pilot, said he has been to Florida thousands of times, but escape to a place where snow is all but unheard of doesn’t really tempt him, not even with more snow forecasted in the days ahead. He’s a New England guy, after all. 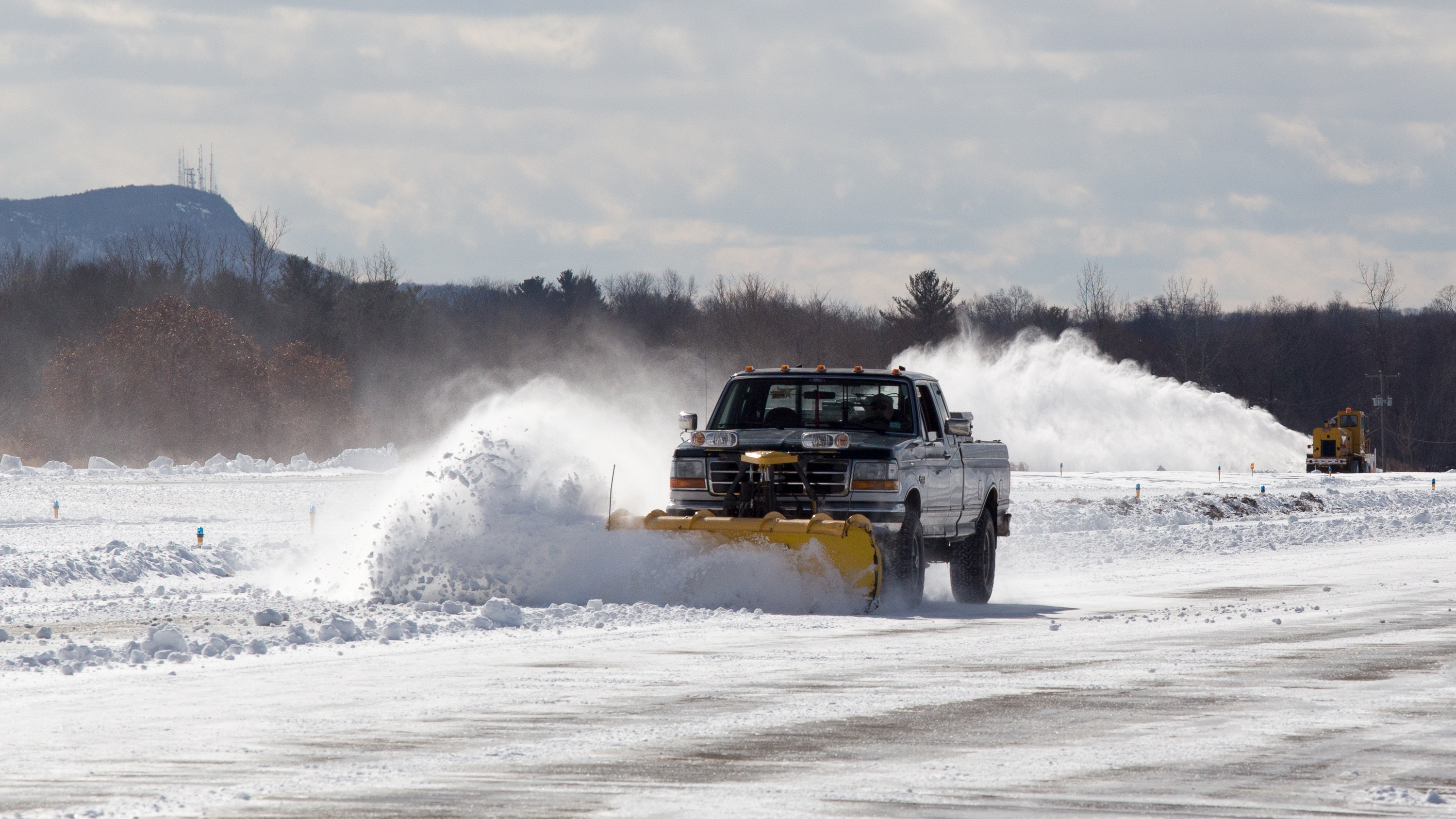 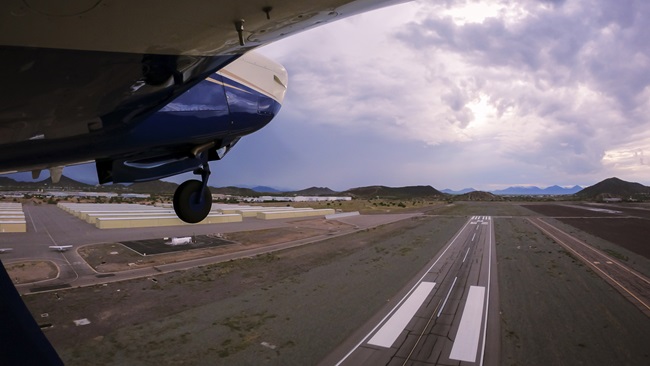 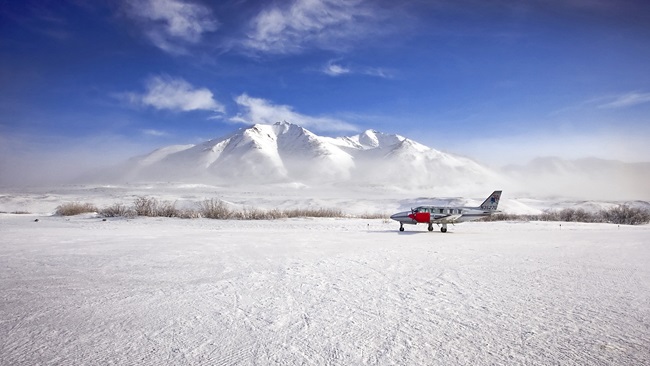