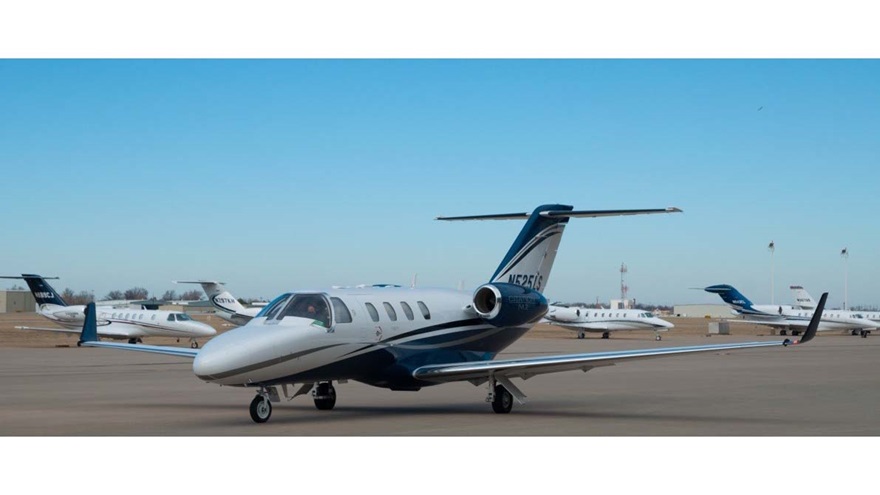 Tamarack's unique active winglet design, with an integrated load alleviation system, allows a wing tip extension to be added in addition to a powerful winglet, without the need for structural reinforcement. This combination increases the aspect ratio of the M2’s wing from around nine to over 12, which translates to impressive performance improvements. Photo courtesy of Tamarack.

The Tamarack winglets employ small, movable, aileron-like surfaces that the company calls TACS—for Tamarack Active Camber Surfaces. The TACS move up and down to alleviate gust loads as well as loads generated by the lift of the winglets themselves. Tamarack says this load-shedding creates aerodynamic efficiencies that yield three to four times the fuel savings of typical passive winglets, faster times to climb, reduced fuel flows at cruise speeds, improved range and single-engine climb performance, and better high-altitude handling. The $240,000 modification involves adding a wing extension panel that includes the TACS.

Tamarack says the extension and winglets increase the M2’s aspect ratio. M2 operators who buy the system “will be able to enjoy a 10 to 12 percent reduction in fuel burn, a 400-pound increase in maximum zero fuel weight, a 600-plus pound hot and high performance gain, as well as the removal of a yaw damper inoperative limitation.”

The M2’s owner, Raymond Bailey, said “I am most looking forward to the fuel savings which will give me an added safety margin on longer flights, and on shorter trips I will not have to refuel completely down route. Now I can concentrate my fuel purchases at my home FBO where I get the best discount.”

Tamarack now has supplemental type certificates for the ATLAS winglets for Europe and the United States. They are certified for the Cessna Citations CJ, CJ1, CJ1+, and M2. Tamarack COO Brian Cox said that the company is working closely with Cessna to add active winglet installation directly onto the new-aircraft production line.

AOPA Pilot Editor at Large
AOPA Pilot Editor at Large Tom Horne has worked at AOPA since the early 1980s. He began flying in 1975 and has an airline transport pilot and flight instructor certificates. He’s flown everything from ultralights to Gulfstreams and ferried numerous piston airplanes across the Atlantic.
Go to Thomas A. Horne's Profile
Topics: Jet, Technology