Get the app Get the app
Already a member? Please login below for an enhanced experience. Not a member? Join today
News & Media Patience in abundance

A whim becomes a calling

If patience is a virtue, Brenda Tibbs may be one of the most honorable people in aviation. 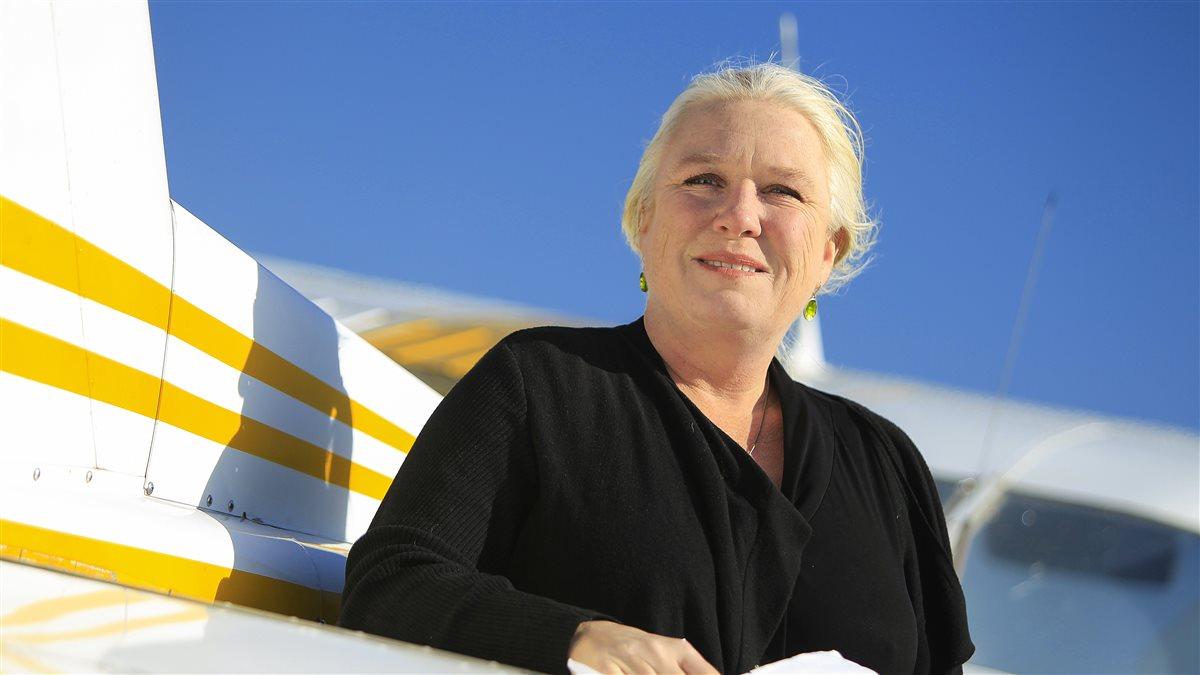 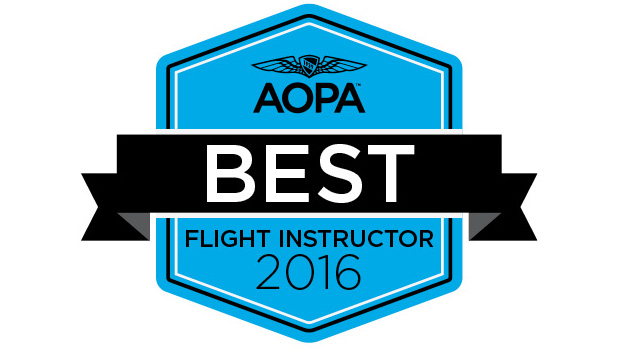 Students who nominated Tibbs for recognition in AOPA’s fifth annual Flight Training Excellence Awards mentioned her endless of supply of patience not once, not twice, but multiple times. They also cited her enthusiasm and passion for aviation, and a positive attitude.

Those attributes and many others propelled Tibbs to the title of 2016 Best Flight Instructor. An independent flight instructor in Frederick, Maryland, she surpassed 1,514 nominated CFIs. The top flight schools and instructors were evaluated by 11,356 pilots who participated in AOPA’s Flight Training Poll. A complete list of Flight Training Excellence Award winners is on p. 36.

Tibbs credits some of that patience to a background in early childhood education.

“I’ve spent most of my life teaching, mostly young people,” she said. “[Flight instructing] was a natural fit into my previous life and into my personality.”

Tibbs was not someone who always dreamed of flying. She went to an airshow in Frederick in 2001 and saw a “Learn to Fly” sign at Frederick Municipal Airport (FDK). “I did it on a whim, and I fell in love with it on the first flight,” she recalled. 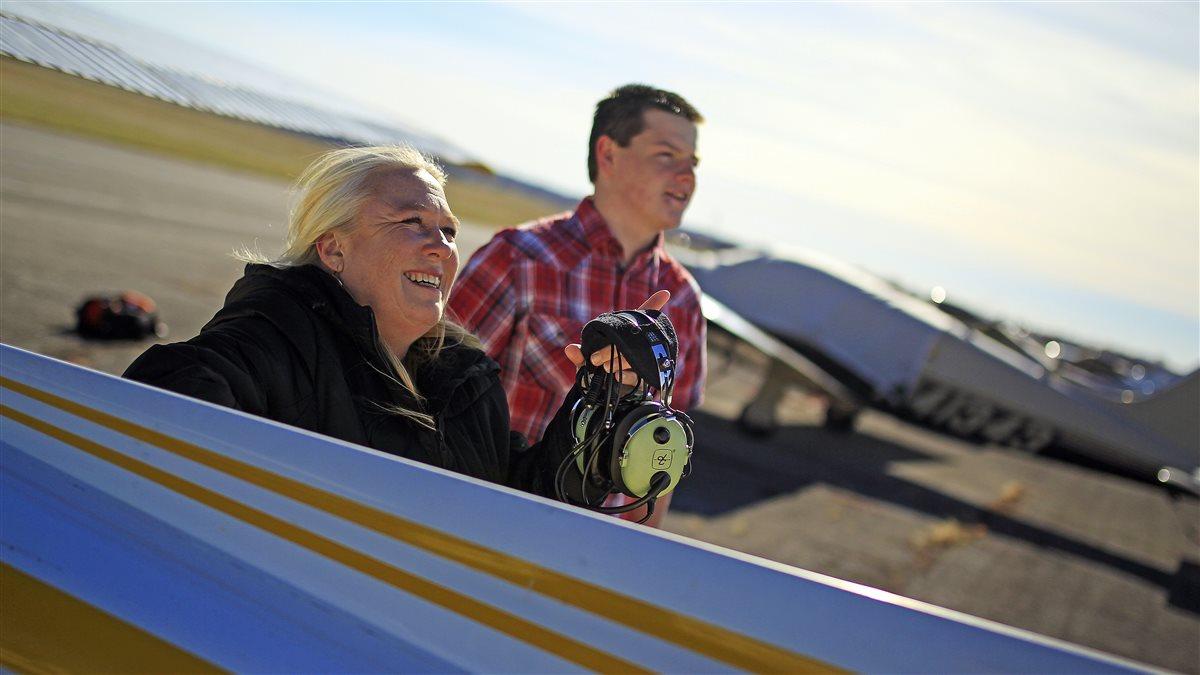 She immediately signed up for ground school, but her progress was slow. She was working on her family’s farm in Brunswick, Maryland, while raising her daughter and son as a single parent, and homeschooling the children. She took flying lessons intermittently between 2002 and 2008 as “finances and little kids” would permit. In 2008, “I decided to make a life change, and I decided to be a pilot, and that was the end,” Tibbs said. Initially she thought she’d like to fly as a wildlife tracker. “Then I found out those jobs kept you away from home, and I still had two kids. So that’s how I ended up flight instructing, building hours, trying to figure out what I wanted to do next.”

Tibbs honed her teaching methods while working for Advanced Helicopter Concepts and Frederick Flight Center at Frederick Municipal Airport. From 2013 to 2015 she was a Pilot Information Center specialist and, later, flying club specialist and aviation activities specialist with the Aircraft Owners and Pilots Association, where she staffed the association’s National Aviation Community Center. She volunteers at many events that take place at the NACC.

Tibbs opened Bravo Flight Training (www.bravoflighttraining.com) in August 2016. She offers flight instruction in a Cessna 152, a Cessna 172, and a Piper Arrow. A brand-new Redbird TD2 recently took up residence in her office, purchased by a friend who wanted to invest in Tibbs’s business. Tibbs pays her a percentage of each hour the sim is used.

Reflecting on her teaching technique, Tibbs said she’s careful how she words criticism, focusing on the positive as she communicates safety and skill building.

“Nobody has to learn how to fly,” she said. “We do it because we love it, and if you come in here and someone’s being negative or hard on you, why will you continue to spend that much time and money? It has to be a fun experience.”

She paused. “I do tell them I will get really hard on them right before solo and checkride.”

“Nobody has to learn how to fly. We do it because we love it, and if you come in here and someone’s being negative or hard on you, why will you continue to spend that much time and money? It has to be a fun experience.”  —Brenda TibbsCommunity connections. While working at AOPA, Tibbs developed an appreciation for building and strengthening the pilot community—and she took that with her while she was chief flight instructor at Frederick Flight Center, where she would host “Aviation Jeopardy” tournaments and meetups with the airport’s air traffic controllers and the region’s designated pilot examiners. She continues to host these events and is adding fly-outs and other activities in 2017. Additionally, Tibbs volunteers with the Frederick chapter of Aviation Career Exploring, a national program for young people that provides hands-on opportunities to learn more about aviation careers. She has shepherded five members of her Explorers chapter to EAA AirVenture for three years in a row.

“When I started flying as a student, I came in the building, met with the instructor, did the lesson, walked out of the building, and I never felt connected,” Tibbs said. “My goal is to match people up, have them build friendships, and then if they do that, they will have someone to fly with. They have someone to talk aviation with,” she said.

“Our families get tired of talking aviation,” she added. “It keeps [pilots] connected to the airport, and I think it’ll increase pilot retention as a whole and for my business.”

Reaching out to women. Tibbs’ grandfather was a pilot, but “he absolutely never talked to me about it. Not once,” she said. Her grandmother told the girls in the family they “didn’t need to know about these things,” Tibbs said. “My grandmother was horrified when I told her I was going to be a pilot.”

That lack of exposure to aviation—even the suggestion of aviation as a career choice—probably plays a role in the fact that so few women are pilots. Tibbs hopes that will change. While she was chief flight instructor at Frederick Flight Center, the flight school achieved a 50:50 ratio of male to female CFIs. “That was the first time it had happened,” she said.

Tibbs continues to do what she can to draw women to aviation. She teaches Pinch-Hitter programs and volunteers in outreach efforts hosted by the local chapter of The Ninety-Nines, the International Association of Women Pilots.

Closer to home, Tibbs is an influence as well. Her office is decorated with photos of her grandchildren—Tempe, 4, and Westley, 8 months. Tempe is “airplane obsessed,” Tibbs said. She has put her granddaughter in the right seat of a Cessna to taxi around the airport, and will take her flying when she’s a little older.

“I buy her airplanes as toys and she has aviation T-shirts [from] when I go to an event,” Tibbs said. “She loves it.” Training Tip: The fix is in