Tips for breaking out of a training plateau

Sometimes student pilots get frustrated with a specific training maneuver and then hit a plateau that is difficult to overcome. Those who have become stuck in a rut and climbed out again can relate to how that feels. When Brenda Tibbs, winner of the AOPA 2016 Flight Training Excellence Awards Best Flight Instructor award and owner of Bravo Flight Training, encounters students hitting a plateau they can’t seem to get through, she shakes things up a bit “to alleviate their frustration with the situation.” 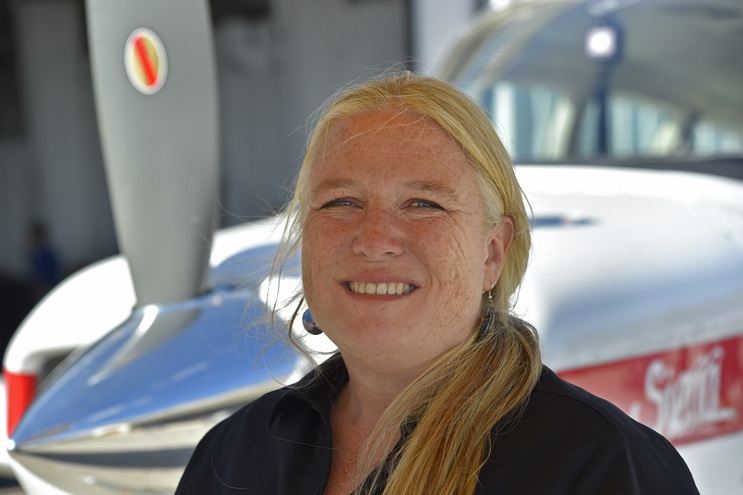 Tibbs shared a handful of ideas to help get students back on track.

“First, I like to change gears,” said Tibbs. After all, there are only so many stalls a person can do, and there’s a limit to instructors sitting through myriad sub-par landings without seeing at least a little improvement.

“When I feel like my student is getting frustrated after an extended period of time of trying to learn a new maneuver or technique, I’ll move on to something completely different.” For example, a cross-country flight can remind pilots why they want to learn to fly in the first place. “It’s a completely different skill,” she said. Rather than trying to flare at the right time or add appropriate amounts of rudder for a power-on stall, a cross-country flight adds different skills to a pilot’s tool belt, including flight planning, weather interpretation, and navigation. "After a short break and a change of scenery, many students come back to basic skills with a fresh attitude.” A bonus, Tibbs said, is that they have “accomplished another private pilot requirement and maybe had a nice lunch” at a new destination.

“Second, I will send them up with another instructor,” said Tibbs. “If a student is having a hard time with a specific skill, another instructor may have a different approach to the same maneuver.” Depending on how a student learns, Tibbs said that briefly switching instructors could provide a fresh outlook for students and help get them over their learning hump.

“Next, I’ll try using the simulator. Sometimes if a student is having a procedure issue it’s far easier to teach that on the sim.” Tibbs said simulator time is most useful when teaching instrument work because “the pause button can come in handy,” but she’s had success with primary flight students too. “One student in particular was very afraid of stalls” so she played out different stall scenarios in a Redbird FMX full-motion simulator. The student saw the possible outcomes and “realized that none of them were as bad as he had imagined. It made his next lesson in the plane much easier!”

“Finally, having a student ride along with another student is often beneficial to both of them,” explained Tibbs. "Each can learn something from the other person’s flight lesson without having the pressure of being the student.” In this situation, many flight students feel it’s “easier to absorb more information without all the stress of performing the task yourself.”

Tibbs provides flight instruction in a Cessna 150, a Cessna 172, and a Piper Arrow. She has coached scores of students since she began instructing eight years ago and is based at Maryland’s Frederick Municipal Airport.