Get the app Get the app
Already a member? Please login below for an enhanced experience. Not a member? Join today
News & Media Be Quiet!

And other things never to say to passengers

My son won’t fly with me. He’s afraid that any airplane he’s in will “crash and burn.” My son is past 40, otherwise intelligent, and quite accomplished. 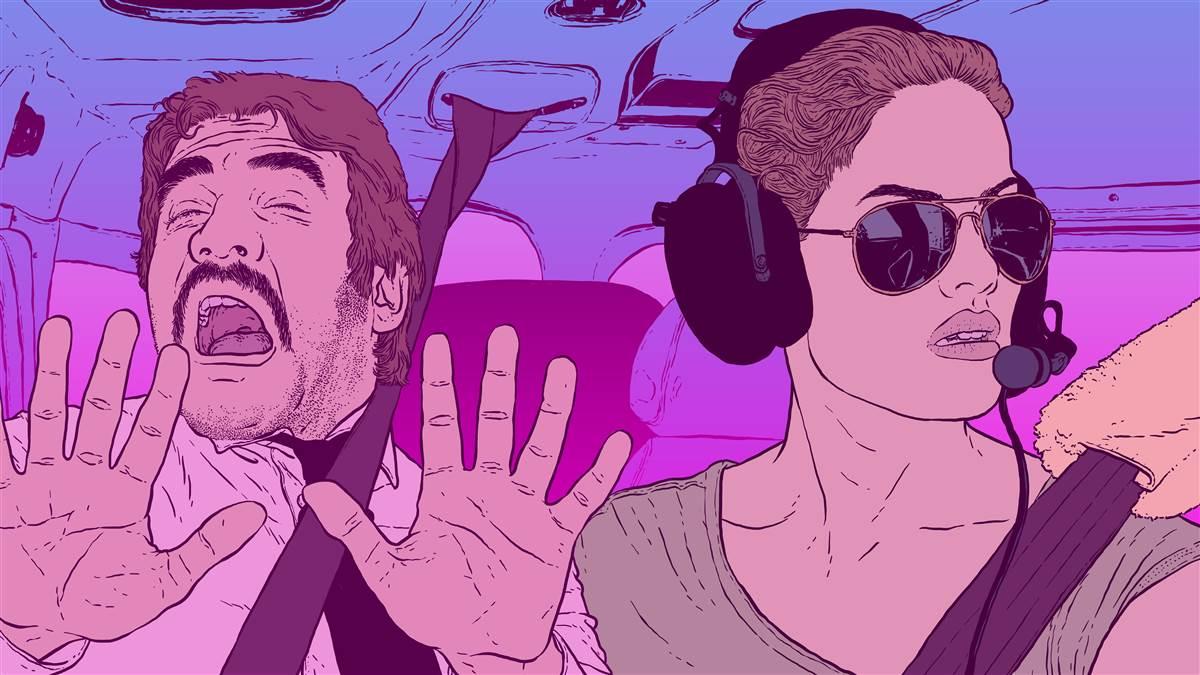 My friend Jake (fake name, real friend), a physician, listened to my pre-preflight briefing about not touching anything before checking with me first. I even showed him the static wicks and said that they were out of bounds. He agreed with everything right away. While I was in the cabin checking paperwork, he went over to the propeller and tried to spin it. He thought it would be fun.

Years ago, a former girlfriend’s skittish young son went flying with us for the first time. Who needed a screaming 8-year-old potentially infecting a potentially beautiful flight? After looking out the window for less than 10 minutes of the flight, he was sleeping like a baby.

What’s going on? As a psychology professor, I can assure you that people are for the most part unpredictable and have low stress tolerances. Yet we are willing to take them up in our airplanes, as we assume they can control themselves and respect our pilot-in-command status—and, of course, that they will enjoy themselves.

People don’t usually articulate adequately their areas of concern or misunderstanding, and sometimes we pilots don’t address those things as we should. This can lead to bad surprises for anyone in the cockpit, whether an apparently calm passenger or a confident PIC.

Experts (including expert pilots) may not know how to express their specialized, hard-won knowledge to “ordinary” people. I knew a true computer genius who couldn’t explain how to use a mouse.

In our beloved general aviation world, mysteries can be counterproductive and outright scary to unknowing passengers. Let’s fix that—by starting out on the wrong foot.

Passenger: How can this heavy airplane stay up in the air?

Pilot: Oh, that’s easy! Bernoulli’s Law shows that a pressure differential such as that created over and under an upper-convex and lower-flat wing surface creates a force generally that counteracts gravity, and (this is icing on the cake) increasing speed linearly provides a nonlinear ∆L.

Passenger: Let me out of here!

Pilot: How about this? The fast wind over the wing lifts us up.

Speak a nonpilot’s language and your passengers will love you and enjoy flying so much more.

Having taught everyone from other college professors to blithering incompetents (as a professor emeritus, I am freer to say stuff like that), I have learned how to communicate simply with novices. You probably have your own ways of explaining things, but at least consider blending what you find here with your own spin and aeronautical expertise.

In psychology, we know that stress can be reduced by the person’s having some level of perceived control over the stressor. One type of control is simply knowledge about the stressor itself. So here are some common issues that passengers may not be willing to verbalize. Giving our cherished passengers the information in a super-simple way takes away much of the scariness and out-of-control issues, replacing them with understanding and confidence in both you and the airplane. It helps them love flying.

Telling a passenger that something that could be scary or confusing is expected to happen—before it happens—is extremely comforting. Yes, there will be unpredictable oh-my-gosh, pants-wetting surprises, but when you get your Master of Explanation rating, you’ll find a way to defuse scary surprises for the uninitiated.

You want to know what? First-time, nonpilot passengers have no idea about weight and balance. To them, asking for their body weight sounds as foreign as asking someone what kind of deodorant they were planning to use as a precondition to giving them a ride in your car. It’s absurd and scary at the same time.

To ease someone into giving a realistic weight with no physical threats to you, you might want to approach it this way:

Airliners are required to compute passenger weights for every flight, and so are we. The airlines use a standardized weight. With so many passengers, it averages out. Our smaller airplane is more sensitive to this, so we need everyone’s actual, individual weight. This helps me compute how much fuel to put onboard, and helps me ensure that everything for the entire flight stays in perfect balance.

Sensor warnings. What’s wrong? Why did that buzzer/horn/light go off? Most anything that breaks the engine’s comforting drone and the panel’s relative quiescence can signal impending disaster to the unknowing passenger. Particularly earth-shattering is the stall warning horn that can accompany a perfect landing, especially because it speaks up just as the runway is rushing up, close to the airplane. Try this:

Just before we land, you’ll probably hear a horn sound. It’s a good thing and signals that the airplane is set up for a normal landing. Even if it sounds a little weird, don’t let it bother you.

Turbulence. My brother, a retired airline captain, told me to avoid completely using the word “turbulence” when speaking to passengers. Too many movies make even light chop a frightening event for some people.

Here’s an example of how to handle this delicate concept: We pilots know to anticipate turbulence when approaching a mountain ridge, so why not let the passengers know ahead of time? I have been thanked actively on many flights when warning them of what pilots might think of as orographic turbulence. Try this before getting close to a ridge:

When wind comes to a mountain ridge like the one you see there, it splashes just like water splashes on rocks by the shore. Sometimes that splashing moves the airplane around a little. It’s not dangerous. Let’s expect it and see if we can predict when we’ll get splashed.

Uncertain passengers imagine the wings falling off during turbulence. Let them know that, for example, the 777’s wings can flex well more than 20 feet before having a problem. Airplanes are built to expect turbulence and flex their wings, just as cars are built to handle forces during a fast turn.

In psychology, we know that stress can be reduced by the person’s having some level of perceived control over the stressor. One type of control is simply knowledge about the stressor itself.Engine noise changes. The standard technique of increasing power before pitching up for a climb or reducing power before a descent can make a passenger assume that the airplane is about to plummet to Earth. You’ve heard it: Lots of stupid movies use the same horrible, screaming sound track for an airplane about to crash. Major power changes sound somewhat similar to these movie disaster sound tracks, and we have to anticipate this.

Most of the time when we climb or descend, I will need to adjust how much power our engine is putting out. You’ll hear it change as it responds to my controls.

Watch your language! Part of the Zen of flight is that what’s insignificant to the pilot isn’t innocuous to the passenger.

Once while airborne, I was programming a new airport destination into the GPS, and I had chosen an incorrect letter. “Oh, [expletive],” I mumbled quietly. I found out later that my passenger was instantly catatonic and began silently going over her last will and testament.

I don’t have to tell you how dumb that was of me.

Be very aware of your passengers.

Takeoff and landing dances. We pilots are used to responding to squirrely, low-level winds by making rapid but smooth corrections on short final and just after liftoff to help stay on the centerline. But passengers are expecting the Big Iron experience of riding in a giant, airborne train running steadily along invisible rails. Our rapid corrections and zephyr-induced motions tend to freak them out, and they’re often too scared to say anything.

Consider explaining it this way before taxiing out:

Our airplane is in harmony with the winds around here, so it will move harmlessly a little when we encounter breezes. It’s because we have a smaller mass than a giant airliner. So we will respond to the winds as we take off and land. Don’t worry: I’ll be adjusting for these breezes.

Years ago I was landing at Oceano Airport on California’s Central Coast. The winds were almost right down the runway at 35 to 40 knots, almost no gusting. My passenger told me that it was eerie that, as we approached the threshold, it looked like we were virtually suspended over the ground (think: groundspeed in a Cessna 172). By the way, the taxi to parking was rather interesting.

The landing crab. General aviation passengers have a privilege airline passengers are denied: They get to see out the front window. This is great, of course, except when what they see scares them.

Passengers assume that, just before landing, the airplane lines up straight with the runway and will gently ease onto the ground. But what if you’re using a crab for a crosswind? What they see is confusing: You’re headed somewhere else but you’re so near the ground? Are we going to flip over if we touch down? Are you out of control? Aren’t you watching what you’re doing?

Let them know in advance about what they are likely to see if there’s a crosswind, regardless of your crosswind technique. Even a slight apparent misalignment can raise an eyebrow, if not blood pressure.

For this landing, the wind is coming in at an angle. That’s natural. I will be pointing the airplane into the wind because it will fly better that way. Just before we touch down, I’ll straighten out. So please just expect that.

Optical illusions. Flight toward a mountain ridge, particularly at dusk, can appear as if you are lined up for controlled flight into terrain. With sufficient training and great attention to aeronautical charts, you can ensure that you’re high enough to clear the ridge sufficiently for safe flight.

But the passenger sees you are headed for a crash.

Isn’t it interesting that, at this time of day, there’s an optical illusion that mountains seem taller than they really are? Watch as that ridge seems to get lower as we get closer, even though we won’t need to climb.

Anticipation and preparation count. People who know what to expect ahead of time and believe it will be harmless are much more comfortable than those sucked into an alien spaceship, waiting for a needle to the eyeball. Preparing your passengers for a great, predictable flight is the best way to keep GA growing, appreciated, and positively awesome.

It’s not only verbiage that we should be controlling. It’s the handling of the airplane, too. I have learned not to trust what the passenger says. We need to make certain assumptions about what might be scary or confusing, not waiting for the passenger to ’fess up.

Case in point: Long before I earned my own Master of Explanation rating, I had a young passenger, and I wanted to do a little air work. I explained what a stall was in detail, including the dropping feeling (“like a roller-coaster”). Then I asked him if he wanted to feel what that was like.

He said “yes,” and was very interested. So I talked him through a stall while I did one. He didn’t like it. And I hadn’t read the hesitation that was probably hidden in his voice.

That was my son’s last flight in a GA airplane. Like I said, my son won’t fly with me.