Get the app Get the app
Get the latest news on coronavirus impacts on general aviation, including what AOPA is doing to protect GA, event cancellations, advice for pilots to protect themselves, and more. Read More
Already a member? Please login below for an enhanced experience. Not a member? Join today
News & Videos Stratos 714 makes Oshkosh debut

Stratos Aircraft is debuting its prototype Stratos 714 very light jet at EAA AirVenture in Oshkosh, Wisconsin. The prototype, which made its first flight Nov. 21, 2016, was recently painted and received upholstery. It will be on display all week on Boeing Plaza, and is scheduled to perform a flight demonstration at 2:45 p.m. Tuesday, July 25.

The company describes the Stratos 714 as a multirole VLJ that is designed to support personal, corporate, and air taxi use. The single-engine jet features a glass cockpit with sidestick controllers. When the tanks are full it will be able to carry four people on 1,600-nautical-mile legs at 400 knots, or with less fuel, it could carry six people on shorter trips of up to 1,200 nm.

Performance will differentiate the Stratos 714 from other VLJs in the marketplace, said Stratos CEO Michael Lemaire, citing what he said was the highest thrust-to-weight ratio of any VLJ and the ability to climb to 41,000 feet—which together will help the 714 to achieve its 400-knot cruise speed.

“We have been very pleased with the results of the initial flight test program,” Lemaire said. “We were able to refine the flight controls, improving the feel, and the pilots who have flown the aircraft have given us great feedback.”

The airplane was conceived almost 10 years ago as a move-up jet for pilots flying high-performance piston aircraft like the Lancair IV-P. “They looked at the next step up—they decided to skip the turboprop and go straight to a jet,” Lemaire said. “The basic design hasn’t changed much. It’s meeting all the parameters. The handling characteristics are excellent. 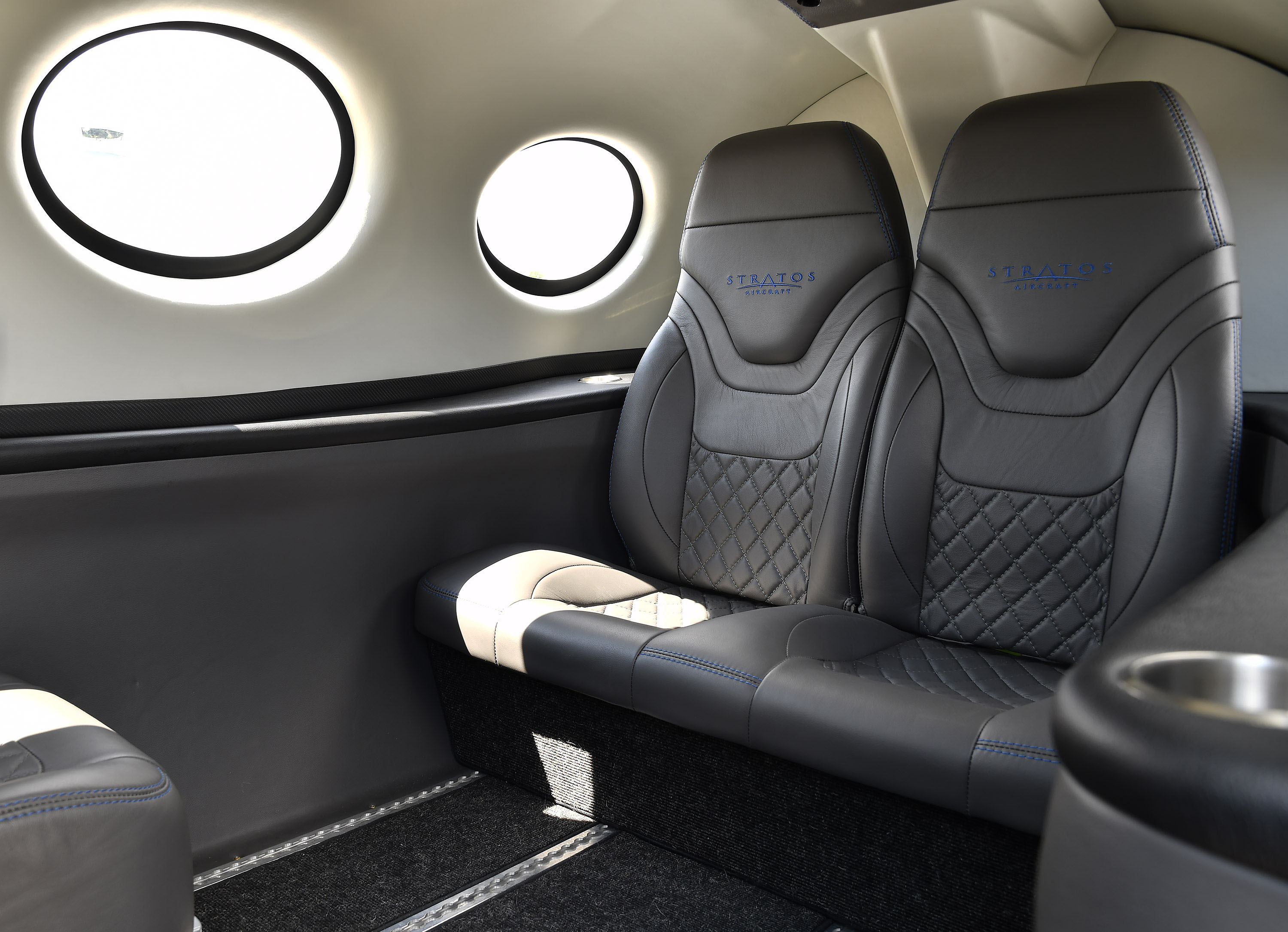 “What we were looking for was a simple design,” he added. For example, the engine is mounted in line with the center of gravity, and the design features straight wings that provide adequate fuel capacity. “We wanted to have a real good four-seat airplane, and that’s what we have here.”

Flight testing to date has been limited to 250 KIAS, and below 18,000 feet msl. The jet needs IFR certification, as well as reduced vertical separation minimum certification, before it can climb higher and resume the expansion of its flight envelope.

When work first began on the airplane in 2008, many companies were promoting very light jet designs—and some failed before producing an aircraft, taking customer deposits with them. Stratos is sensitive to this and will not accept deposits until closer to certification, Lemaire said. “That’s why we’re not taking orders yet. We don’t have a final price. So many things are still up in the air.”

For more information on the Stratos 714, visit the website.