Get the app Get the app
Already a member? Please login below for an enhanced experience. Not a member? Join today
News & Media How It Works: Fly-By-Wire

How It Works: Fly-By-Wire 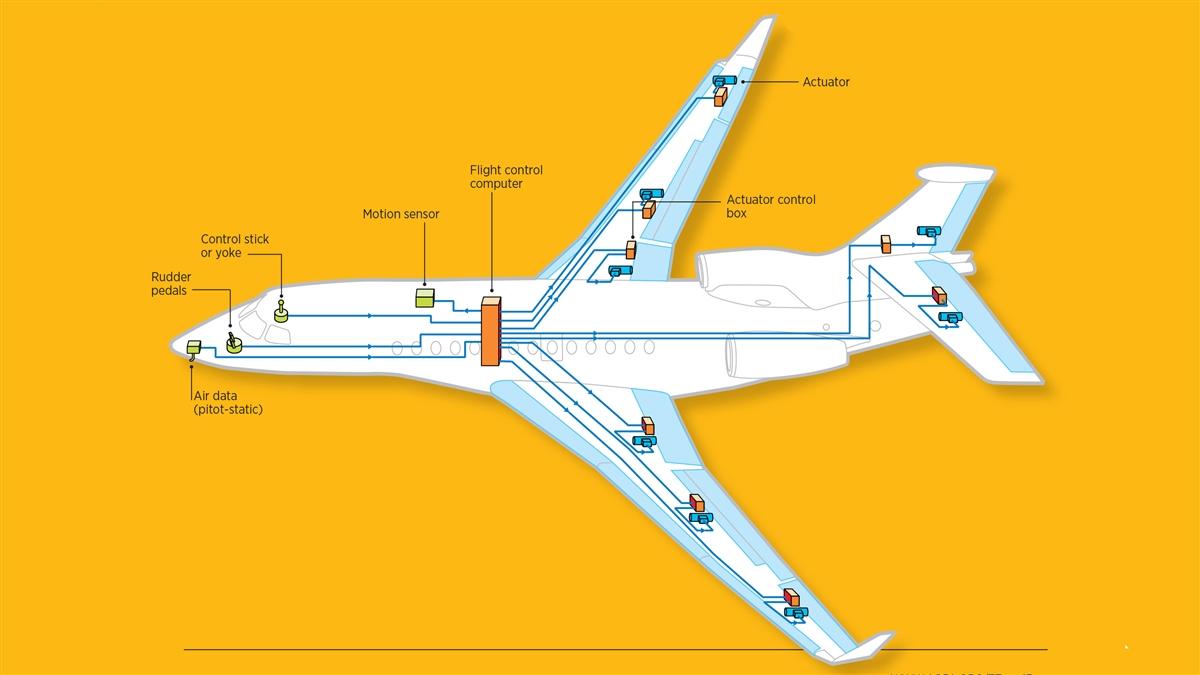 The technology has been around for decades

1958 The Avro Canada CF–105 is the first non-Experimental aircraft with fly-by-wire controls.

1964 The Apollo Lunar Landing Research Vehicle is the first fly-by-wire aircraft without a mechanical backup. It also almost killed Neil Armstrong when the attitude control system quit during training in 1968.

1987 The Airbus A320 is officially unveiled, the first airliner with digital fly-by-wire.

Traditional flight control systems in most small aircraft are either a web of pulleys and cables or metal rods and joints. Larger aircraft often use hydraulics to make the controls easy to move at high speeds. Newer fly-by-wire control systems pull out all that hardware and replace it with sensors, actuators, and wires. Instead of a direct line of control from aircraft yoke to control surface, the aircraft is left with a yoke, sensors, a computer to process the inputs, wires, and an actuator at the aileron, rudder, or elevator.

Why go from a system of reliable mechanical controls to a fussy digital interface? Fly-by-wire enables an incredible array of assistance to the pilot. It’s easy to program envelope protection, for example. If the engineers don’t want an airplane to stall, they can allow the yoke to travel as far as the pilot wants to pull it, but digitally limit how far the elevator physically comes up. Or maybe they want protection from an overspeed. Autothrottles can pull back power digitally.

Fly-by-wire also allows for some significant weight savings. Direct savings comes from stripping out heavy hydraulics and replacing them with wires, actuators, and sensors. Indirect savings can come from smaller or more efficient control surfaces. Because the computer is flying and won’t allow for anything outside the flight envelope, designers have more freedom to reduce large controls needed for human response.

Although basic aircraft control is the same, fly-by-wire introduces some interesting changes for the pilot. In many versions, the pilot can select an attitude and let go of the yoke or stick, and the aircraft will stay where the pilot left it. The aircraft never needs to be trimmed.