Get the app Get the app
AOPA Members DO more LEARN more SAVE more - Get MORE out of being a pilot - CLICK HERE
News & Media Pilot Products: Head-up display for light GA

Head-up displays (HUDs) have improved situational awareness and safety among military pilots for years, but their exorbitant costs have left them out of reach for all but a few general aviation aircraft. 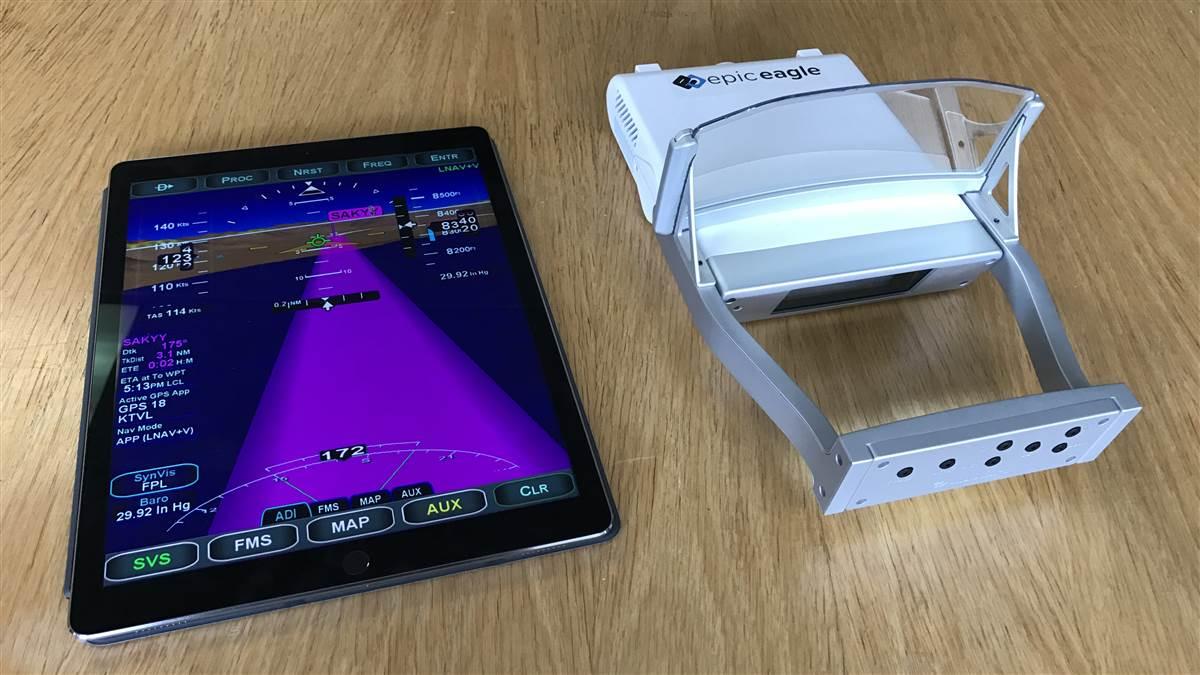 Epic Optix, an Annapolis, Maryland, engineering firm, intends to change that with a portable HUD designed to fit on aircraft glareshields and project critical information to the pilot’s natural line of sight.

“The beauty of a HUD is that it gets the pilot’s eyes outside the cockpit and keeps them there,” said Chuck Nash, a former U.S. Navy pilot, who has spent two years developing the non-TSO HUD. “There’s no need to constantly look up and look down and divide your attention between the instrument panel and the outside world. You get all the information you want while looking outside.”

The Epic Eagle projects images from an iPad or iPhone app onto a clear glass “combiner” directly in front of the pilot. The HUD can show images from virtually any aviation app, and Epic Optix says it has been in touch with many app designers to customize products for their HUD. 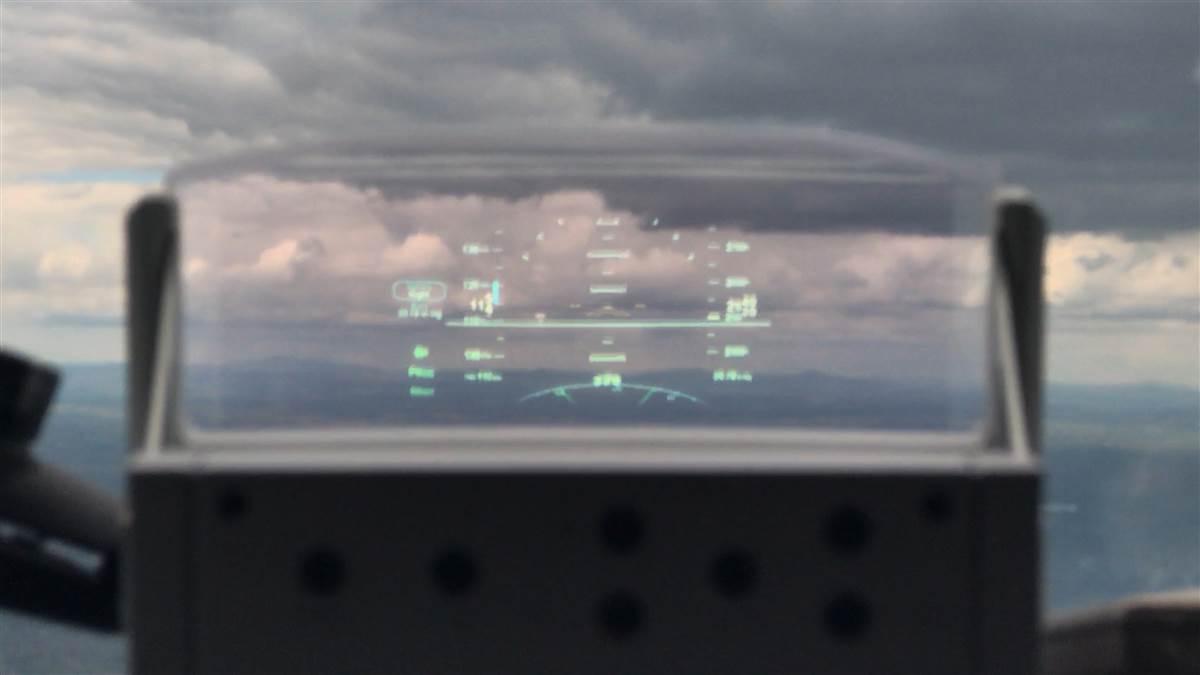 Avidyne Avionics has been working especially closely with Epic Optix because officials at the Massachusetts firm believe their IFD series nav/coms are particularly well suited for the HUD. Each Avidyne IFD has an internal air data computer that transmits information via Wi-Fi. Any iPad or iPhone can receive that data—which includes indicated airspeed and barometric altitude—and display it (via Bluetooth) on an Epic Optix HUD.

“I could put a bullet through the window of a moving truck two miles away with a HUD because they allow you to fly so precisely,” he said. “For GA pilots flying instrument approaches, the biggest advantage is that they can ‘see’ the runway while they’re still in the clouds. The transition from flying on the gauges and then switching to visual references also gets minimized because you’re looking outside throughout the entire approach and landing.”

A big part of tweaking Avidyne’s iPad app to display on the HUD screen has been paring down the information to essentials. “It’s got to be helpful. It’s got to be cool. And it’s got to be safe,” he said. “That’s not always an easy combination.”

In a demonstration flight with Jacobson the HUD was easily readable, even in strong sunlight, and its colorful presentation differed from monochromatic military HUDs. “We’re only beginning to scratch the surface of what we can do with color in a HUD,” he said.

On approach to Runway 29 at Hanscom Field Airport, for example, the HUD outlined the runway edges in magenta, which made the surface easy to identify and line up from a distance. Avidyne’s app contains a green dot “velocity vector” that extends the airplane’s current flight path forward.

“At the final approach fix, you just put the velocity vector on the runway threshold,” Jacobson said. “Do that, and the needles will remain centered. You’ll never have to chase them again.”

Jacobson also held out the possibility of a low-cost “enhanced vision” feature in which the HUD displays a video feed from an airplane-mounted infrared camera. The runway would be visible on the HUD in real time during the final phase of any approach, and a velocity vector would allow pilots to fly to it with precision.

Epic Optix plans to begin manufacturing HUDs this year and will set an initial retail price of about $2,000.

“There’s a learning curve that takes place when you first start training and flying with a HUD,” he said. “But once you get accustomed to a HUD, you’ll never want to fly without it.”