Get the app Get the app
Get the latest news on coronavirus impacts on general aviation, including what AOPA is doing to protect GA, event cancellations, advice for pilots to protect themselves, and more. Read More
Already a member? Please login below for an enhanced experience. Not a member? Join today
News & Videos Musings: Does an airplane have a soul?

An Earthrounder contemplates his unique relationship

Over the past three years that I have been flying N997MA, the Spirit of San Diego, the idea of whether an airplane has a soul has been bouncing around in my mind like an airplane in extreme turbulence. 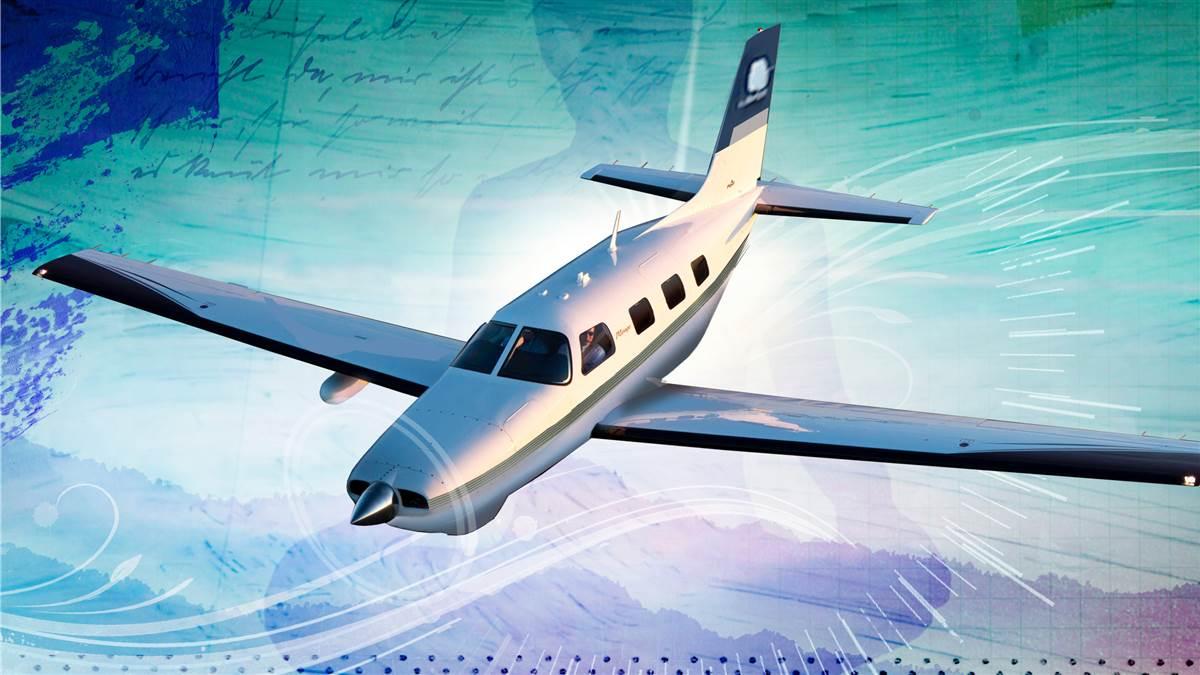 Most would agree that airplanes certainly have a personality. Take a Cirrus SR22 Turbo with racy paint, aerodynamic lines, and fast speeds: It might be described as “sexy with an edge.” A Piper J–3 Cub with its classic yellow paint scheme, graceful slow flight, and iconic look might be considered “approachable and friendly.” But beyond a personality, can an airplane have a soul? It’s a bit of a heady topic, but something pilots have lots of time in flight to consider.

There are many definitions of the word “soul”; the one that most identifies my airplane to me is “the animating principle; the essential element or part of something.” My airplane is definitely animated, especially in inclement weather, and equally essential while flying.

If it’s challenging for you to get your head around an airplane having a soul, another way to look at is to think of your airplane as a metaphor for the relationship you have with life or a loved one. You know the feeling: You slide the hangar door open or see your “baby” on the tarmac and you get that tingly feeling in your stomach. You can’t stop looking at her. You feel like you are in high school again. She takes your breath away. All you can think of is the adventures you will have together.

And the love is ongoing. I know I have loved my airplane and I have felt that my airplane has loved me. She has always gotten me home no matter what I have asked of her. After traveling to more than 45 countries and territories and flying over 12 oceans and seas, I still wonder, “How am I alive if not for her?” I think back to the time when I flew from Coeur d’Alene, Idaho, and landed with three of the 11 quarts of oil she normally requires. An oil ring had gone out in flight unbeknownst to me, and yet the engine had no damage. Or how she had waited to have all six cylinders indicate “hot” with an alternator fail after I had made it over the Mediterranean on my way to Northern France. This was beyond reason. Wild as it may sound, I choose to believe that this aircraft is looking out for me.

About a year ago I was having second thoughts about my theory of an airplane with soul, and out of the blue flew another question: “Does an airplane have emotions?” The answer came within a few hours while at lunch sitting across the table from aviation legend Dick Rutan, who said, “Did you ever notice your airplane works better flying over land?” I smiled and thought about the fits of rage the Spirit of San Diego had, like an angry child, while flying over the Pacific Ocean. She overheated 600 miles off the coast of California. By the time we reached land the raging oil issues had passed.

If you believe an airplane expresses emotions and embodies a soul, it’s an easy leap for me to say that an airplane can also be our soulmate and greatest teacher. The Spirit of San Diego has taught me countless life lessons.

I remember after my engine-out at 14,000 feet over the Strait of Malacca when my airplane ran without oil for five minutes with turbochargers spinning at 85,000 rpm. I would later get back into this airplane and fly five 1,000-nautical-mile legs over the vast Pacific Ocean to get home. This portion of my trip gifted me with great lessons of faith and courage. Who can teach you a soul lesson if not another soul?

With just days to go before selling this beloved aircraft, after removing all my personal belongings, I sat in my pilot seat as I had thousands of times before and sobbed like a child. I was overcome with a wave of emotion I have not felt before for a machine. I thought back to how we have cared for each other and all the adventures and challenges we encountered and weathered successfully. I wanted to cancel the deal and fly her forever.

After a few minutes of being a sloppy adult male mess and wondering if anyone had seen me crying all over myself and the Spirit’s leather seats, I had a Zen moment. A warm calm came over me and I felt the presence of this old-soul energy; it was as if my airplane was talking to me. She let me know that she would be OK.

“You don’t need to worry,” she reassured me. She reminded me to focus on the good aspects. The new owners were a nice couple and were going to get her a new interior and fancy paint job. They would not be asking more of her than she was ever designed to do, as I had. They would not be putting her at risk late at night over the Indian Ocean or trying to land in the Austrian Alps in zero visibility. Or taking off on an icy runway as I had with 50-foot ceilings between mountains and glaciers in Narsarsuaq, Greenland. She would be well cared for. She would have a relaxed life flying back and forth between Los Angeles, San Diego, and San Francisco. She had earned it.

As I walked away, I paused and turned to look at her one last time. I thanked the Spirit of San Diego as I had after every flight and knew she would forever live in my heart. Our soon-to-be past life would fly both of us into an ever-expanding future, connected for eternity, soul to soul.

Robert deLaurentis circumnavigated the world in 98 days in 2015, in the Spirit of San Diego, a 1997 Piper Malibu Mirage.