Get the app Get the app
Already a member? Please login below for an enhanced experience. Not a member? Join today
News & Media Pilots: New York Mechanic

Small-town A&P outside the big city

At Randall Airport in Middletown, New York, 89-year-old (he turns 90 on July 11, 2017) Richard “Mac” MacVicar has an insulated hangar with a 90-horsepower Piper PA–18 Super Cub and a repair shop inside. Gliders and ultralights outnumber light aircraft at Randall—soaring and hang gliding are big on the weekends. “I got a young helper—he’s only 81,” Mac says. “Between the two of us we make a good pair, but I notice the planes are getting lower and heavier every year.” 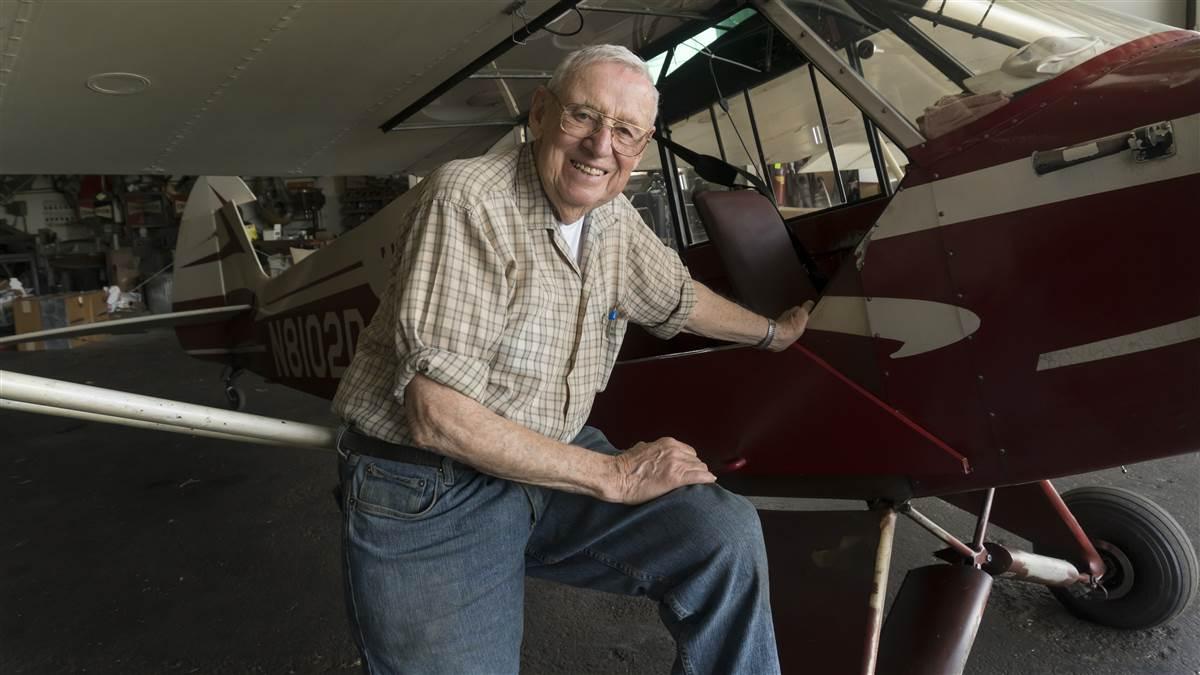 Who | Richard “Mac” MacVicar
Hours | 8,750
Certificates and ratings | Commercial pilot single- and multiengine land, instrument, ground instructor, A&P, IA.
Favorite Aircraft | He’s owned 13 airplanes to date, five of which were Piper J–3 Cubs. “If I was younger I would like nothing more than a 180-horsepower 172.”
Extra | In one small corner across the Hudson River from Westchester County, a pilot could find Christie Airport, Miller Airport, Orangeburg CAP Airport, Rockland Airport, and Spring Valley Airport (later renamed Ramapo Valley Airport) when MacVicar learned to fly. Most were carved out of farmland.

Mac grew up in Bergenfield, New Jersey. “I came out of high school and enlisted in the Navy when the Germans surrendered,” he says. “When I went to mech[anic] school they dropped the bomb.” It seems like every veteran who didn’t go to college on the GI Bill took flying lessons, and Mac was no exception. He soloed in 1945, and got his A&P certificate in 1947. In 1948 the owner of Rockland Airport hired the 21-year-old Mac as the field mechanic.

By one count New York state had 73 landing strips—23 in remote Rockland County alone. A long strip measured 2,500 feet. One runway swung around a curve; one had a hump in the middle. Nothing was paved. “Spring Valley had a stone-dust runway,” he says. “We had several quarries nearby, and when stone dust got wet it hardened it up a little bit for you. It wasn’t exactly pavement.”

Mac got his private pilot certificate in 1949, and his instrument rating soon after. But by then veterans were graduating from college, accepting white-collar jobs in Manhattan, and moving to the suburbs. GA grew a little quieter, and then the suburbs spread north and developers bought up those tiny airports. “I was around Rockland County for many moons,” he said, “and when they built the Tappan Zee Bridge, all of a sudden the people from the city moved up there, then they pushed the Garden State Parkway up and now it’s wall-to-wall houses. Caproc [Orangeburg CAP Airport] was so rural you had to give a driver directions to get there. Now there’s a 25-story office building there.”

In 1964 Mac moved north to the relative wilds of Orange County and opened a shop at Randall Airport, a 2,811-foot-by-60-foot asphalt strip, which lies seven nautical miles southwest of Orange County Airport and 14 nm west of Stewart International Airport. With the glider business, Randall is safe from development for now. “I own the hangar and two acres on the airport—which is a thorn in the owner’s [Aerodrome Dev Corp’s] side,” Mac says. He still takes care of the towplanes, and he does mostly annuals. “I’ve got to do something to pay the taxes,” he says.