Get the app Get the app
AOPA Members DO more LEARN more SAVE more - Get MORE out of being a pilot - CLICK HERE
News & Media Quick Look: Bombardier Challenger 300

Until recently, Bombardier’s Challenger 300 owned the so-called super-midsize category of business jets. Among the airplanes in Bombardier’s stable, the CL30, originally called Continental, lies between the smaller Lear 60 and the larger Challenger 604/605. 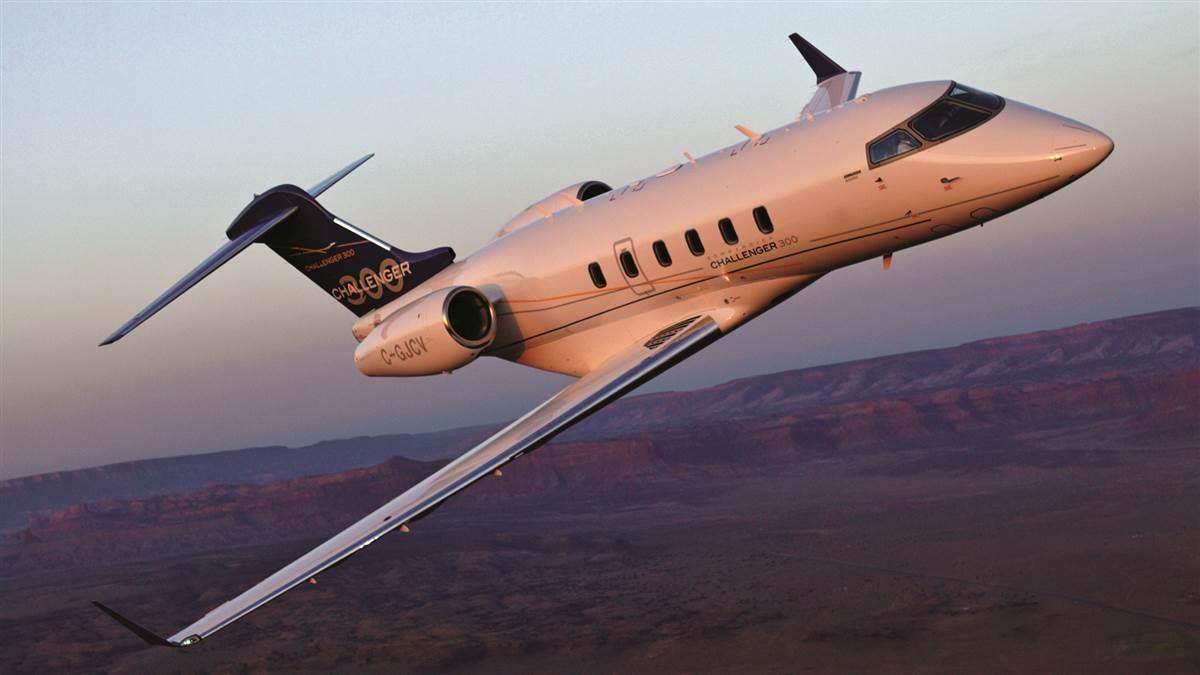 I spoke with a pilot from a large corporation that replaced its Hawker 800 fleet with Challenger 300s. The CL30 is larger yet has far superior runway performance. He said the CL30 climbs at maximum gross takeoff weight direct to FL410 and even FL430 if temps are cool. He preferred the handling of the Hawker but described the CL30 as pleasant to hand fly. Another pilot complained that the CL30 flew like a truck, so it likely comes down to what you compare the CL30 to.

Kurt Selbert, who flies CL30s for a fleet operator, said runway performance “is where the 300 really shines. Part 135 ‘wet’ numbers can easily be made on a 5,000-foot runway.” As for landing, Selbert said, “this thing flat-out stops,” with actual landing distances in the 2,200- to 2,600-foot range if needed.

Superlative speed is Mach 0.83, although operators I spoke to typically cruise at M0.79-0.80. Range is greatly dependent on altitude flown, according to one operator. First-hour fuel burn is around 2,000 to 2,200 pounds, then 1,600 to 2,000 pounds per hour during subsequent hours depending on altitude. Ceiling is FL450.

When it comes to all-out range, the CL30 is good for about 2,700 nautical miles, making it a true transcontinental airplane. In real-world use, it falls well short of its claimed 3,000-nautical-mile range. “I do know that for 135 operations it has insufficient oxygen bottle quantity to go to Hawaii with more than six passengers without taking along supplemental oxygen,” said Selbert.

Up front is Rockwell Collins’ Pro Line 21 suite with a Collins 5000 FMS. Later models use the FMS 6000. Very late models also add dual inertial reference systems (IRS) instead of attitude heading reference systems (AHRS) found in earlier copies. The dual IRS provide better redundancy for overseas trips. Late models also have synthetic vision, although one operator wasn’t too impressed by it. Selbert summed up the avionics saying that “the Proline 21 system isn’t new, but it works beautifully and is easy to use. What more do you need?”

Cabin configurations vary, but Challenger 300s typically have eight to nine passenger seats, not including a belted potty. A flat floor provides greater comfort and a feeling of spaciousness that was ordinarily reserved for large-cabin jets. Also like the big jets, the heated and pressurized baggage bin is accessible from the cabin. One operator I spoke with says the CL30 can get pressed into long-haul flights usually reserved for the company’s Gulfstream 550. While the CL30 lacks the globe-spanning range it provides a similar comfort level at 65 percent of the operating cost. He also noted that Bombardier service was good but not on a level with Gulfstream.

Although the CL30 ruled the category for several years, it now has stiff competition from Gulfstream’s 280 and Embraer’s Legacy 550. A newer version, the Challenger 350, was introduced in model year 2014 to keep the design competitive. Vref values the CL30 at an average of $7.75 million for a 2004 model to $14.5 million for a 2014 version.

“The 300 does everything you want it to do, and nothing that you don’t,” said Selbert. “Many of the pilots at my company use the term ‘civilized,’ when describing the aircraft. It is a comfortable and civilized place to spend your day, whether it be in the cockpit or in the cabin. I call it ‘a gentleman’s airplane.’ While it has its quirks, I don’t know of another aircraft that does what this one does, and does it so effortlessly.”