Get the app Get the app
Already a member? Please login below for an enhanced experience. Not a member? Join today
We will be performing maintenance on our systems Sunday, 10/17/2021, beginning at 12:00 A.M. ET and ending at 6:00 A.M. ET. During this time, you may experience intermittent service outages. We appreciate your patience.
News & Media Rutan’s Proteus marks milestone

It has the distinctively futuristic look of a Burt Rutan design, a one-of-a-kind airplane built for high-altitude and long-endurance science and communications missions, with or without a pilot. Proteus, now nearly two decades old and still operated by Scaled Composites, recently marked a milestone: 1,000 total flights (and more to come). 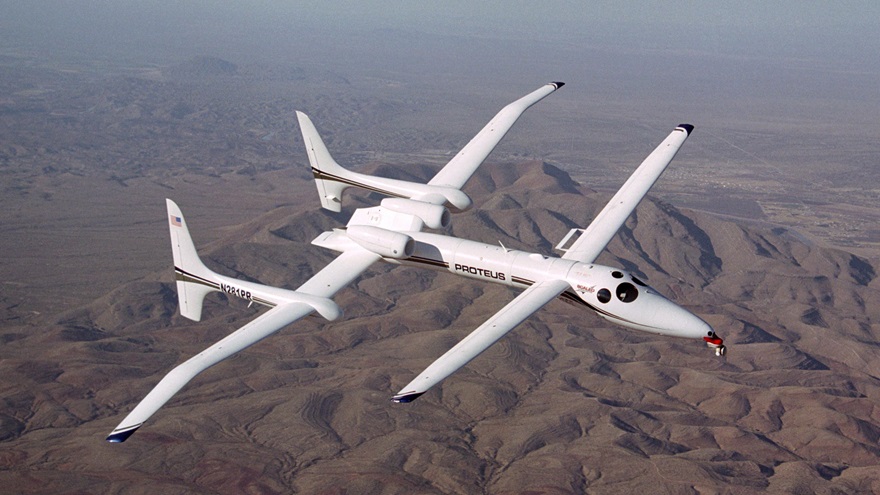 Proteus, pictured here on a past flight over over New Mexico, more recently marked a milestone. NASA photo.

Also known as Scaled Composites Model 281, Proteus was conceived as a high-altitude telecommunications and space launch platform, and has undertaken many missions over the years. Powered by a pair of Williams turbofan engines, built from composite materials, and first flown by the same pilot who would later help Rutan and Scaled Composites capture the Ansari X Prize (the first non-governmental mission by a reusable craft sent to space and back), Proteus is some ways a precursor to the aircraft and spacecraft that Virgin Galactic is now testing with space tourism in mind.

But Proteus is no mere stepping stone, having built a distinguished history of scientific discovery. According to a Scaled Composites news release, Proteus has logged more than 4,000 flight hours to date for various customers, including NASA and other research institutions. “The Proteus program schedule continues to be full of exciting and important missions for programs,” the press release noted.


Proteus was named for a mythological Greek god of the sea, a shepherd of sea creatures able to change shape at will, and the root of the English word protean (synonym for flexible or malleable). NASA used Proteus, again with test pilot Mike Melvill at the controls, for some of the original research on technology to allow unmanned aircraft to detect and avoid other aircraft, research that now dates back more than a decade and is documented in this NASA video from 2007. NASA highlighted more recent Proteus missions in a 2014 online article that includes details and specifications of the remarkable aircraft, and details of past record-setting flights that topped 63,000 feet in October 2000, when Proteus set three world records for an aircraft of 12,500 pounds gross weight or less.

Proteus marked flight number 1,000 with test pilot Clint Nichols and project engineer Sam Henney aboard, lifting off at sunrise on June 14, Scaled Composites announced, just shy of 19 years after Melvill completed the maiden flight of an aircraft that has been expanding envelopes and making discoveries ever since. 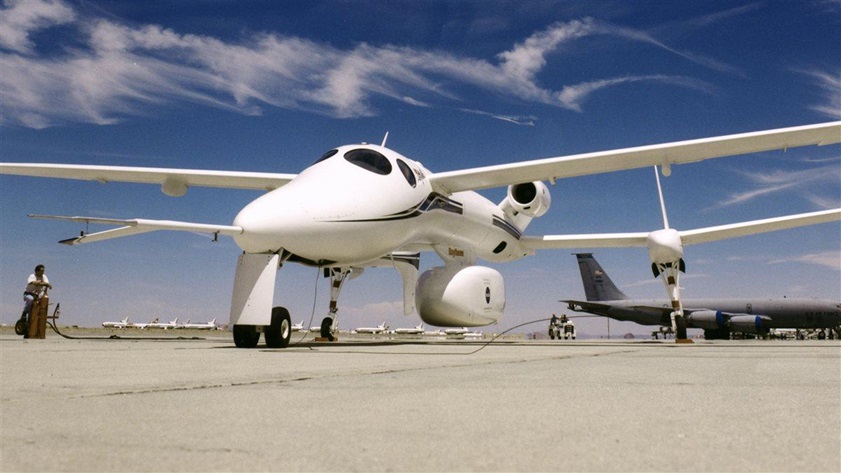