Get the app Get the app
AOPA Members DO more LEARN more SAVE more - Get MORE out of being a pilot - CLICK HERE
News & Media What Am I: Tiedowns

What Am I: Tiedowns

Don’t cast your fate to the wind

If you pulled your boat up to a dock and didn’t tie it off, chances are it would float away. However, pilots often land at an unfamiliar airport, leave their airplane untied, and expect it to remain in place until they return. Others tie down their airplane with whatever rope is lying on the ramp. 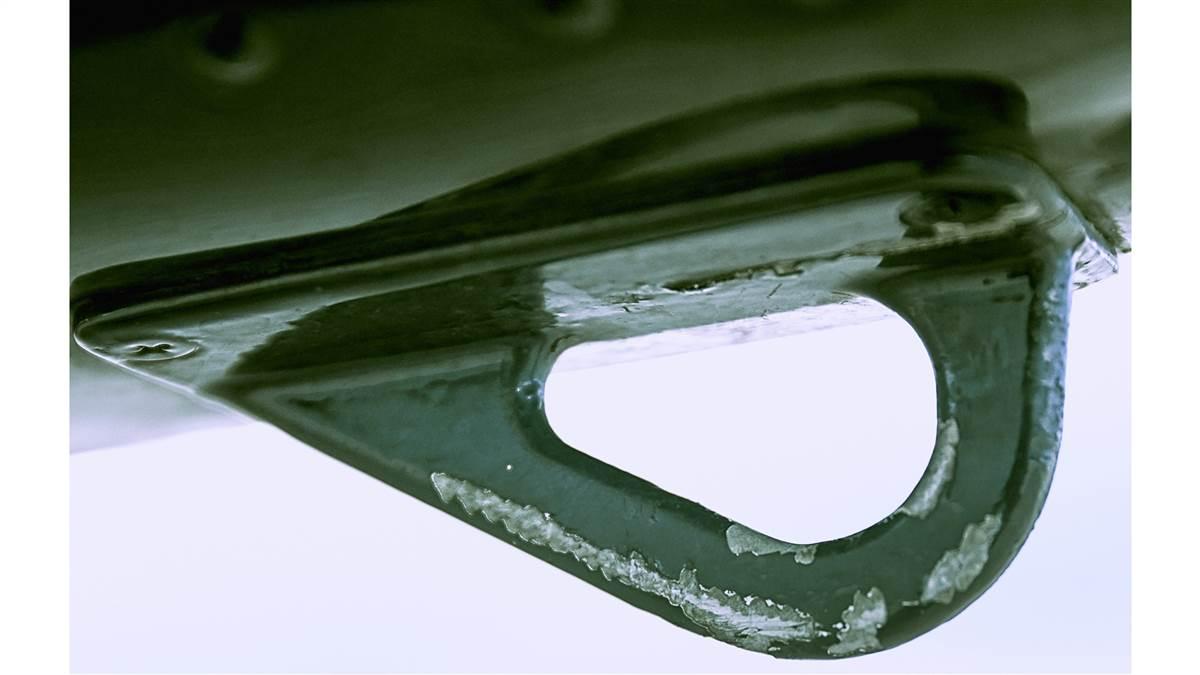 Photography of the tie down rings on a Baron G-58.Jabara AirportWichita KS USA 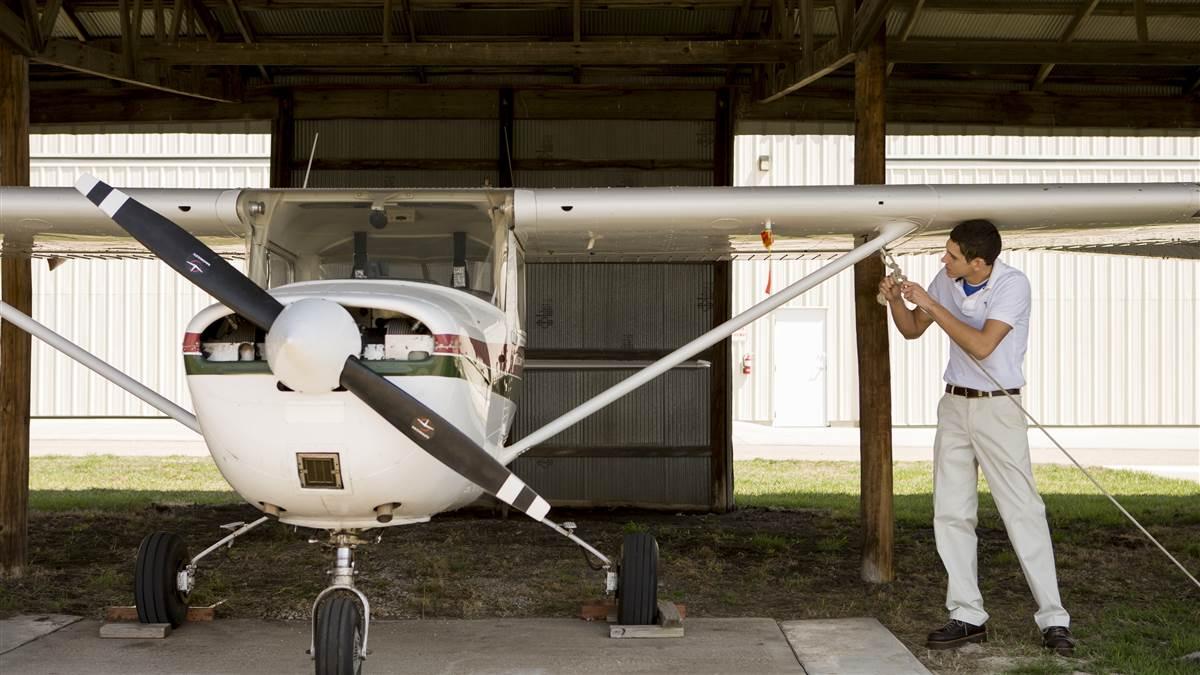 These are incidents that happened at one airport over one season.

• A heavy World War II TBM Avenger—not tied down, but chocked—jumped the chocks in high winds and weathervaned into a dumpster 50 feet away, causing major damage to the aircraft’s tail.

• A Cessna 150 was tied down with three-eighths-inch polypropylene rope that had been on the airport for many seasons. The weathered rope snapped under high-wind conditions, flipping the Cessna onto its back and causing significant damage to the tail and wings. It came within inches of damaging the airplane next to it.

• Pilots left a Cessna Skylane unsecured during a quick trip into town. An unexpected windstorm flipped the airplane on its back, but didn’t do as much damage as the crane trying to upright it later. The crane operator assumed that picking the airplane up by the tail was easier than removing the cowling and attaching to the engine mount. Unable to support the entire weight of the airplane, the tail broke off.

Rope is inexpensive, especially compared to the cost of replacing an aircraft—or hiring a crane to right it if it’s flipped over. So, why not use a strong tiedown rope? Yellow polypropylene rope, even if new, isn’t strong enough to secure most aircraft, and it severely degrades with exposure to the weather. And airports may not have tiedown rope available, so you should have at least three 15-foot lengths of nylon rope with you. Sporty’s and other aviation shops offer tiedown kits, making it easy to carry your own strong rope.

A three-strand nylon rope is a great choice, because of its elasticity and ability to absorb tremendous shock loads. This rope will not rot and is resistant to oil, gasoline, and most chemicals; double-braid is an even better choice. Along with having good abrasion resistance, nylon rope also has a good resistance to ultraviolet rays.

Make it a habit to always securely tie down your aircraft; don’t leave its fate to the wind. 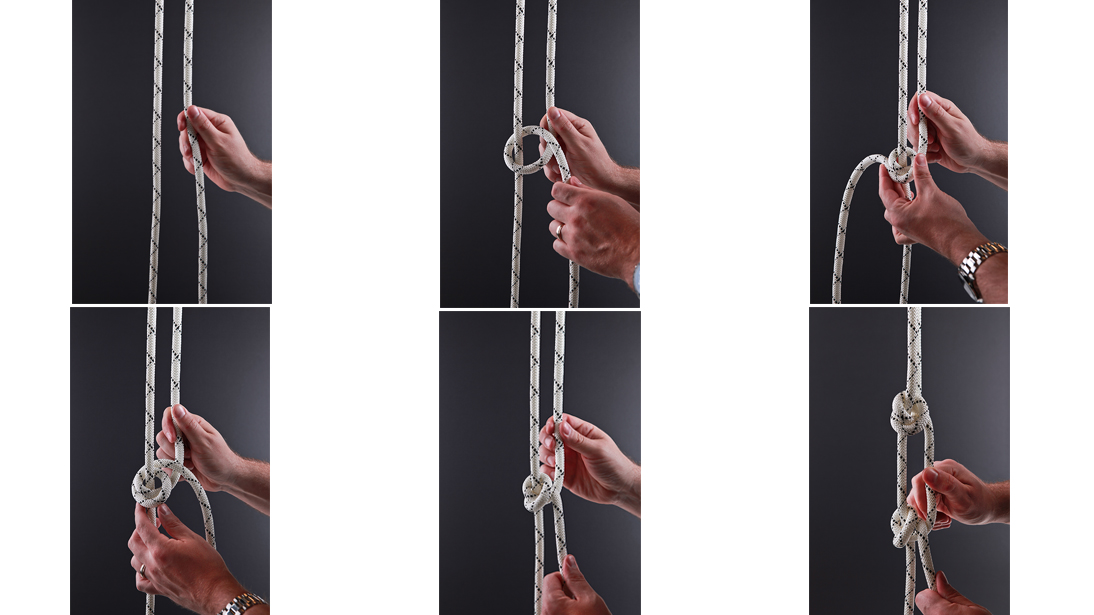 Most pilots use this variation of a taut-line hitch as their knot of choice.

1. Take the tiedown rope up and through the aircraft’s tiedown hook (do not tie to an airplane strut). You will have two parallel lines of rope, and a third on the tail.
2. Pull tightly and loop the loose end of the rope around the other and up through the center.
3. Make another loop around the first loop.
4. Cross the second loop over the first loop.
5. Lock the loops with a sharp tug on the rope.
6. About 10 to 15 inches from the first knot, repeat the loop-and-lock process for a second, securing knot. 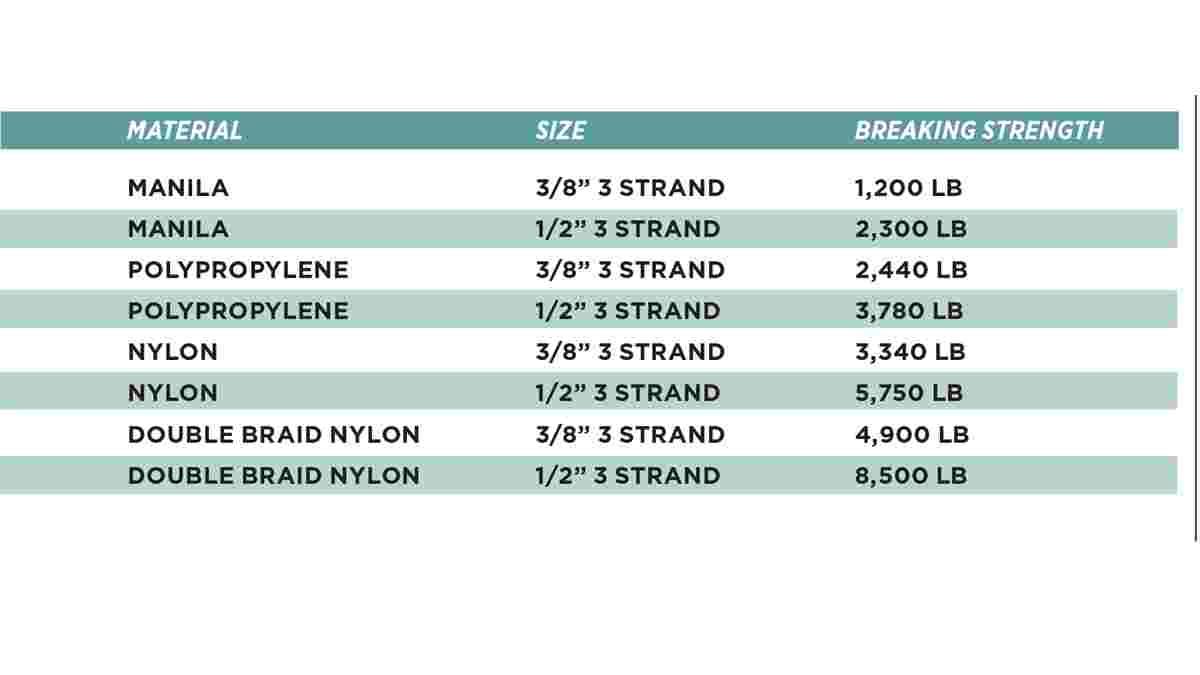 This is how much weight the rope should be able to hold in ideal conditions: new rope, with no knots or splices, at room temperature. Knots can reduce rope strength by 50 percent. Breaking strengths are based on actual destructive break testing by the manufacturer or a certified third-party testing facility.