Won the first race he entered 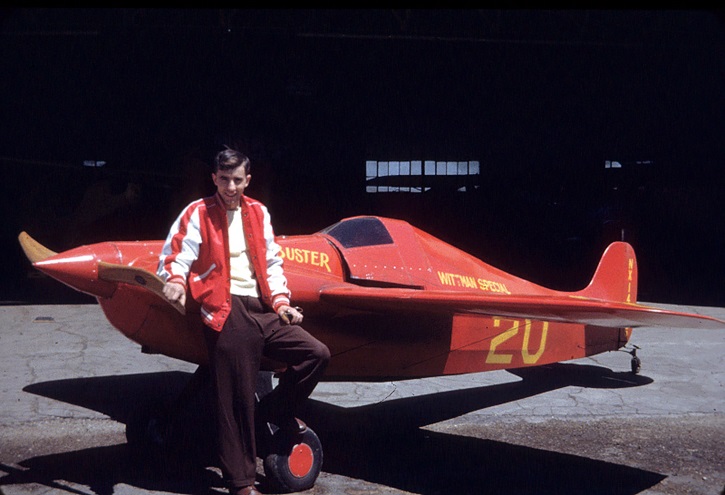 Pilot and Wisconsin aviation entrepreneur Bill Brennand stands by 'Buster' the air racer he flew to victory in the first race the young pilot ever entered in 1947. Photo courtesy of Jim Cunningham.

The story of Brennand’s entry to aviation and his first race victory reads like a tall tale. He grew up on a farm that is now the south end of Wittman Regional Airport in Oshkosh, Wisconsin, and would look skyward when idols including pilot and innovator Steve Wittman rumbled overhead. A 2014 AOPA article said that Brennand started taking flying lessons because, “if you really want something, you’ll find a way to get it.”

He lacked the funds for an instructor so Brennand worked for Wittman Flying Service to earn money for lessons. After he heard his pilot certificate, that connection led to established air racer Wittman asking the 23-year-old Brennand to fly Buster, a rebuilt version of Wittman’s 1938 Chief Oshkosh that had languished after a fiery crash. The onset of World War II had postponed the National Air Races between 1939 to 1947 and the time was right for Brennand to step up to the plate despite having never practiced for, nor entered, a race. Buster was a “midget” racer powered by a Continental C-85 four-cylinder, 85-horsepower engine that was typically stuffed inside the cowl of Ercoupes, Piper Cubs, and other light aircraft of the day.

“I mean he’d never flown an air race before, or a practice, and now he’s going up against the pilots he read about in the 1930s and he beat them all,” said Cunningham.

The slender pilot climbed the victory podium after posting a blistering 165.9 mph through a 2.2-mile aerial course in the small, single-person tube-and-fabric aircraft. He even bested Tony Levier, a Lockheed test pilot and well-known air race pilot.

“He raced for about five or six years and while he was doing that he also did airshows with Steve Wittman and Betty Skelton, a leading female pilot at that point,” said Cunningham. “They did a lot of flying together and her Pitts Special Little Stinker is hanging from the ceiling of the Smithsonian National Air and Space Museum’s Stephen F. Udvar-Hazy Center” near Washington, D.C.

Brennand left racing for a job as a corporate pilot for the Marathon Paper Corp., first flying a Beech 18 and then a Lockheed Loadstar. After his corporate flying days, he established Brennand Airport with a 2,450-foot paved runway 10 miles due north of Wittman Regional and set up shop as an aircraft dealer. 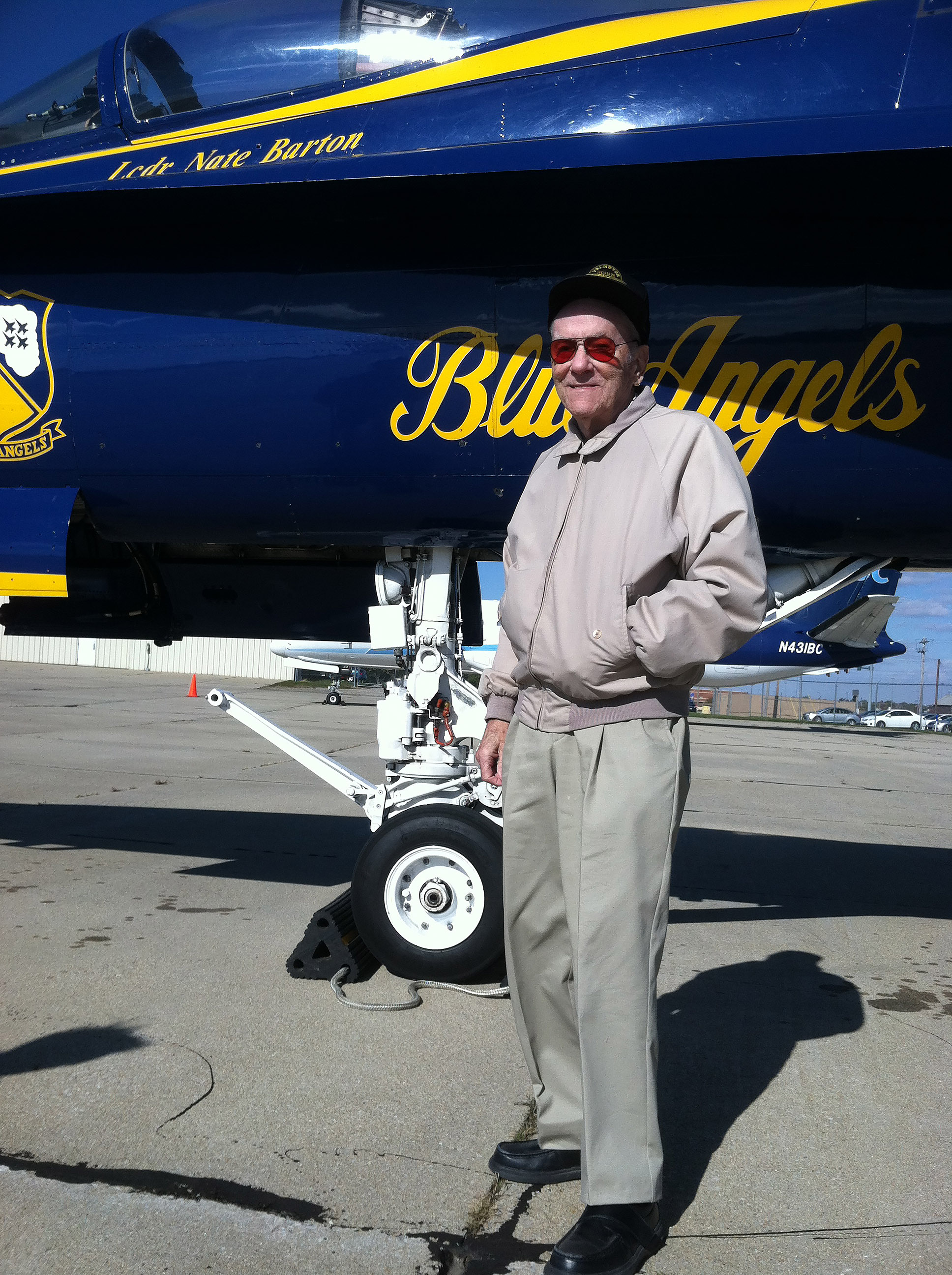 During the 1970s, the airfield he built boasted an active pilot community and “one of the largest used aircraft dealers in Wisconsin,” said Cunningham. “He owned the airport and the fixed-base operation. The place was so busy that if they hadn’t run out of room they would have built more” on the property. “It was fun to go there and visit it with him because how often do you get to go to an airport that’s named after a guy?”

Brennand kept up his aviation skills, flying a Cessna 150 over the Wisconsin dairy land well into his eighth decade. He was “very low key” and most people thought he was just a retired farmer not a world-renowned air racer, said Cunningham.

The retired racer was also an instrument-rated pilot during a period when flying by instruments was considerably more difficult than it is today. “He learned to fly from radio station to radio station,” explained Cunningham. “If you got off course in one direction you’d hear a Morse Code dot-dash and the other direction would be a dash-dot. A continuous tone meant you were on course. They called it low-frequency range ‘beam riding.’”

He embraced technology as it developed, first learning VOR navigation, then Loran, and was up to speed on emerging GPS technology. “He’d look at iPads and the Garmin Pilot app and tell me, ‘That’s cheating.’ But Brennand absolutely wanted the best equipment and the most modern equipment of its time, and said he said it made him a safer pilot,” relayed Cunningham. 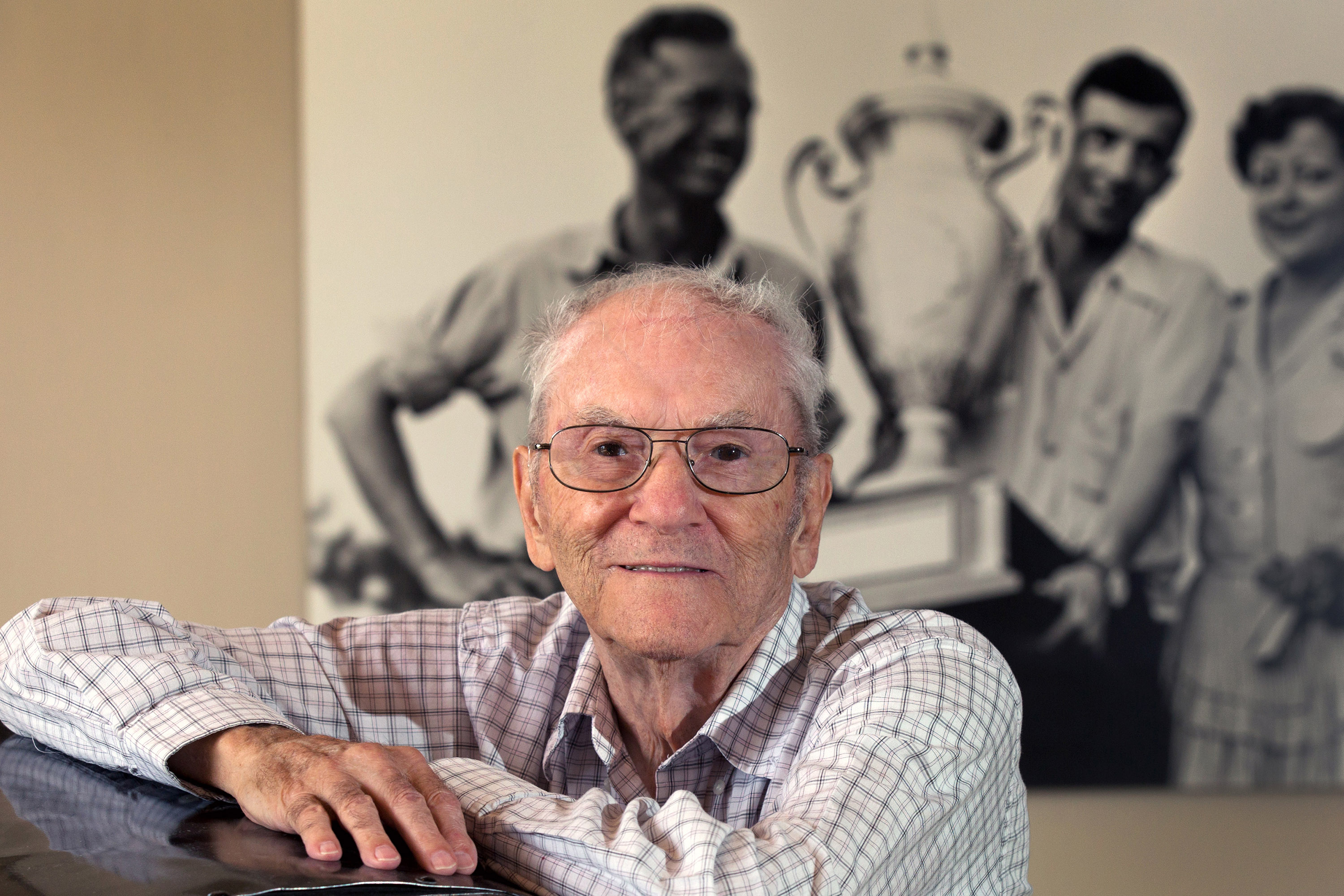 The Experimental Aircraft Association was the beneficiary of Brennand’s generosity after EAA Founder Paul Poberezny asked if the airshow could use a parcel of Brennand’s lakefront property “for a few seaplanes. Brennand had a J-3 Piper Cub on floats so they worked out an agreement and then it grew like crazy over the next years,” added Cunningham. Another family now owns the Lake Winnebago property and continues to honor the same arrangement Brennand worked out decades earlier.

A group of Brennand’s friends got together in the 1970s to take on a 1931 Stinson Tri-Motor restoration after the aircraft sat wrecked and neglected in Alaska for decades. The aircraft was originally “in pretty rotten shape” when they began the spinner-to-tail restoration. “They used so much fabric when restoring it, they became a Stitts [Poly Fiber] fabric dealer by default,” explained Cunningham. “Then they had to take the wings off it, and transport it to Wittman Field in the middle of the night for flight testing there. They flew it for rides for about 15 years at Oshkosh, Sun 'n Fun, and different places throughout the country until Kermit Weeks bought it. Now it’s part of the collection at Fantasy of Flight,” in Florida.

“I should have written down all the stories he told me,” said Cunningham, who bonded with Brennand during research for their 2009 book collaboration. “He’d be that last one to complain about not having a great life and great opportunities.”