Get the app Get the app
AOPA Members DO more LEARN more SAVE more - Get MORE out of being a pilot - CLICK HERE
News & Media Road trip: Hudson river corridor

View Manhattan from the air 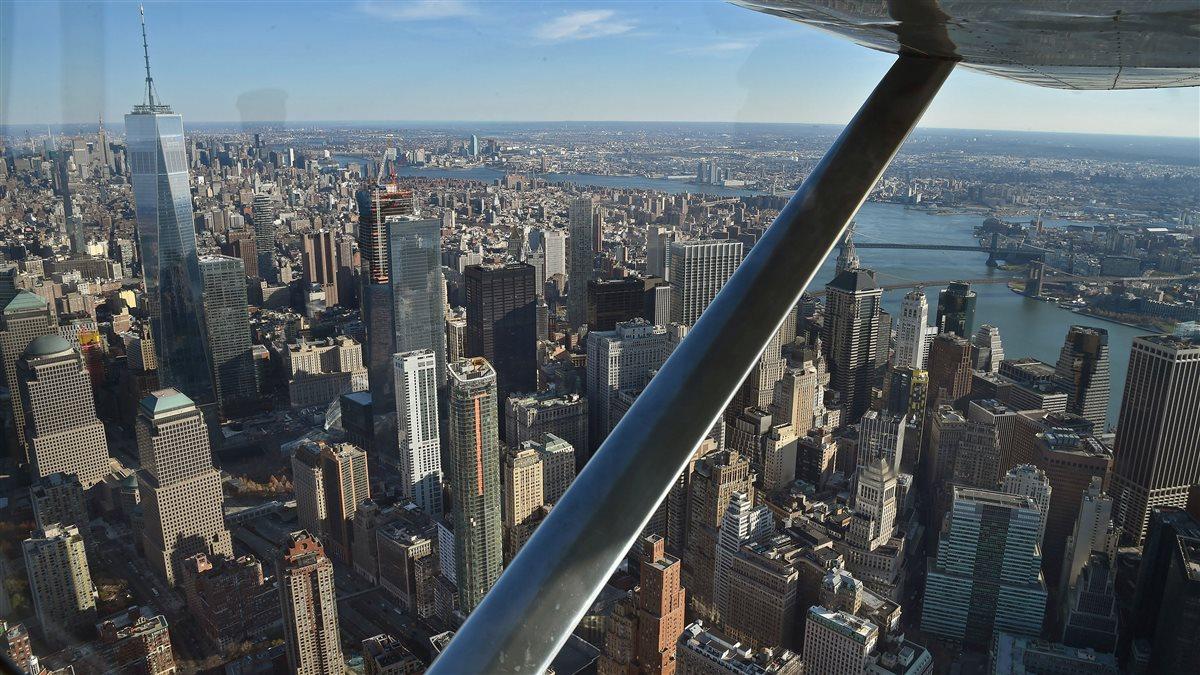 DO WE EVEN NEED TO CONVINCE YOU TO GO ON THIS TRIP?

Look for: The six mandatory reporting points. They are the Verrazano-Narrows Bridge, the George Washington Bridge, the Statue of Liberty, the Clock Tower, the USS Intrepid, and the Alpine Tower. All are depicted on the New York Terminal Area Chart, which you should study before your trip and must have with you in the airplane.

Don’t miss: Circling the Statue of Liberty, counterclockwise. Watch out for helicopter tours, which fly an irregular pattern near the statue at approximately 500 feet.

Scared of traffic? This is a heavily traveled route. Stay on the correct side of the river, hold a steady altitude, use all aircraft lights, and don’t make unexpected turns. The Skyline Route through New York’s Class B airspace lets you trade a lesser view for less traffic.

WHY YOU SHOULD GO: 1. Breathtaking views of the city 2. Sharpen your ATC communications skills 3. A check on your aviation bucket list

You can cruise the Hudson River under New York’s Class B airspace on your own personal tour of the Big Apple. This corridor gives pilots an exclusive perspective on such iconic landmarks as the Empire State Building; the Intrepid Sea, Air, and Space Museum; and the Statue of Liberty. The tour has regulatory requirements, including the completion of a New York Special Flight Rules Area course before you launch. See the FAA website  and download a kneeboard reference that lays out the requirements. A temporary flight restriction went into effect in close proximity to the corridor after Donald Trump was elected president; check notams before flight, as details of the TFR may change.

You should see this

A mammoth aircraft in a little place

Acres of blueberry, hazelnut, and hops farmland 60 miles from the Pacific Ocean in northwest Oregon seem an unlikely home for one of aviation’s giants. The Howard Hughes-designed H–4 Hercules dubbed the Spruce Goose, a mammoth eight-engine flying boat that flew only once nearly 70 years ago, sits landlocked in McMinnville, about 1,000 miles north of its birthplace in Southern California. The aircraft attracts visitors to the Evergreen Aviation and Space Museum, located in a vineyard across the road from McMinnville Municipal Airport.

“This is a terrible place for a museum,” confided Larry Wood, Evergreen Museum’s retired executive director and current docent. “But people from all over the world come here and everybody says, ‘Why did he build it?’ Well, nobody knows but him.” 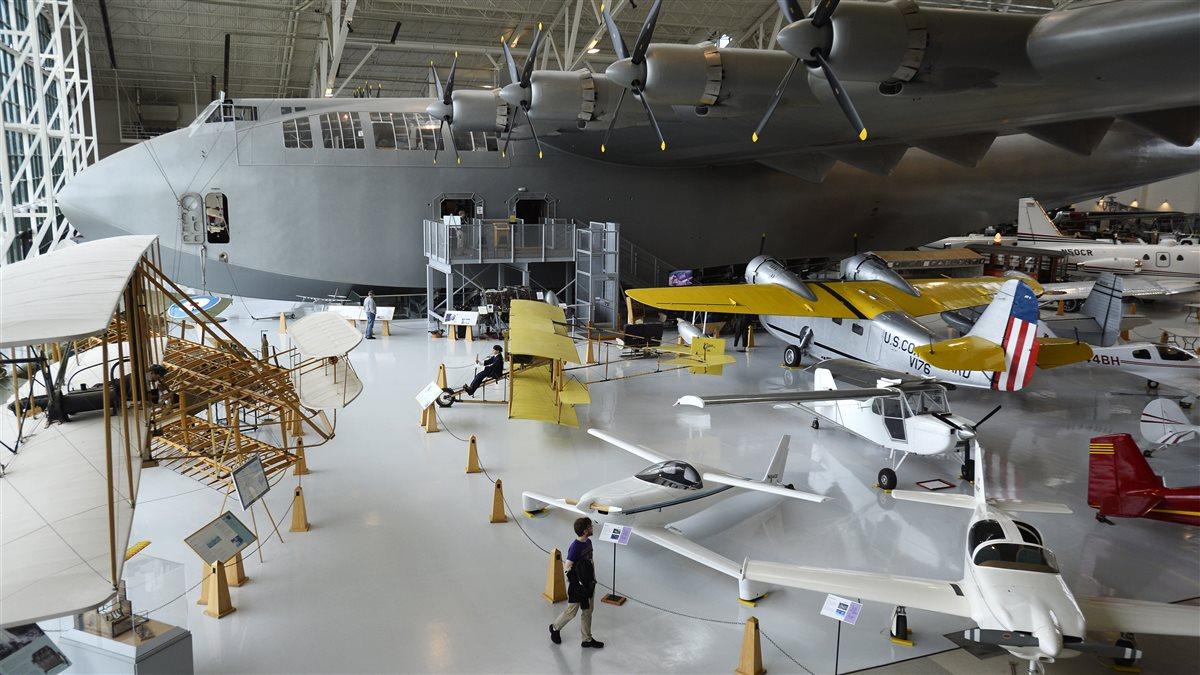 Sharing floor space with a B–17 Flying Fortress, a Lockheed SR–71 Blackbird, and more than 130 other celebrated aircraft, the Hercules H–4 is so large that six aircraft are tucked under its right wing.

The aircraft, with its laminated wooden plies so thin “they could be molded into any shape you wanted,” was manufactured with a composite construction technique before carbon fiber technology was invented, said Wood. Metal was in short supply during World War II, he explained, so an alternate process was used to construct the aircraft and its 160-foot-long wing spar built up with 150 wafer-thin layers of Wisconsin birch.

That variety of wood is very resistant to dry rot, but curators and docents keep an eye on humidity and temperature to keep the Hercules in top shape. A little dusting is about all it takes to maintain the monster, said Wood.

The H–4 flying boat, intended to haul 750 soldiers and two Sherman tanks, flew less than a minute, less than a mile, and 70 feet above the water.

The H–4 only flew one time—November 2, 1947—but there’s speculation that with a wiring upgrade and some TLC, the nearly 75-year-old flying boat (construction began in 1942 and continued until 1947) could waddle right out of the museum and into the Pacific Northwest sky.

“Rumors are that some engineering students looked at it on a simulator,” said Evergreen Museum curator Tim Morris, “and figured the airplane does everything that Howard Hughes said it would.”

Why you should go

WHAT: The Spruce Goose has a wingspan of 320 feet and its tail flew 60 feet above the water. Each of the flying boat’s eight Pratt & Whitney R-4360 Wasp Major 28-cylinder engines produced 3,000 horsepower and sucked down 100 gallons of fuel per hour. The powerplants each bathed in 32 gallons of oil flowing through four banks of seven cylinders; the engines had two spark plugs per cylinder for a total of 448 spark plugs. A separate 189-gallon oil reservoir is on the flight deck.

WHERE: Evergreen Aviation and Space Museum, McMinnville, Oregon. Guests to the museum can ogle the flying boat from the floor or pay $50 to climb a narrow cylindrical staircase to the captain’s chair, where they can handle the eight power levers and get a souvenir photo.