Get the app Get the app
Get the latest news on coronavirus impacts on general aviation, including what AOPA is doing to protect GA, event cancellations, advice for pilots to protect themselves, and more. Read More
Already a member? Please login below for an enhanced experience. Not a member? Join today
News & Videos Mentor Matters: Type ratings 101

All type ratings are not created equal

Requirements for a type rating are spelled out in FAR 61.31(a): “A person who acts as a pilot in command of any of the following aircraft must hold a type rating for that aircraft: Large aircraft [or] turbojet-powered airplanes.” 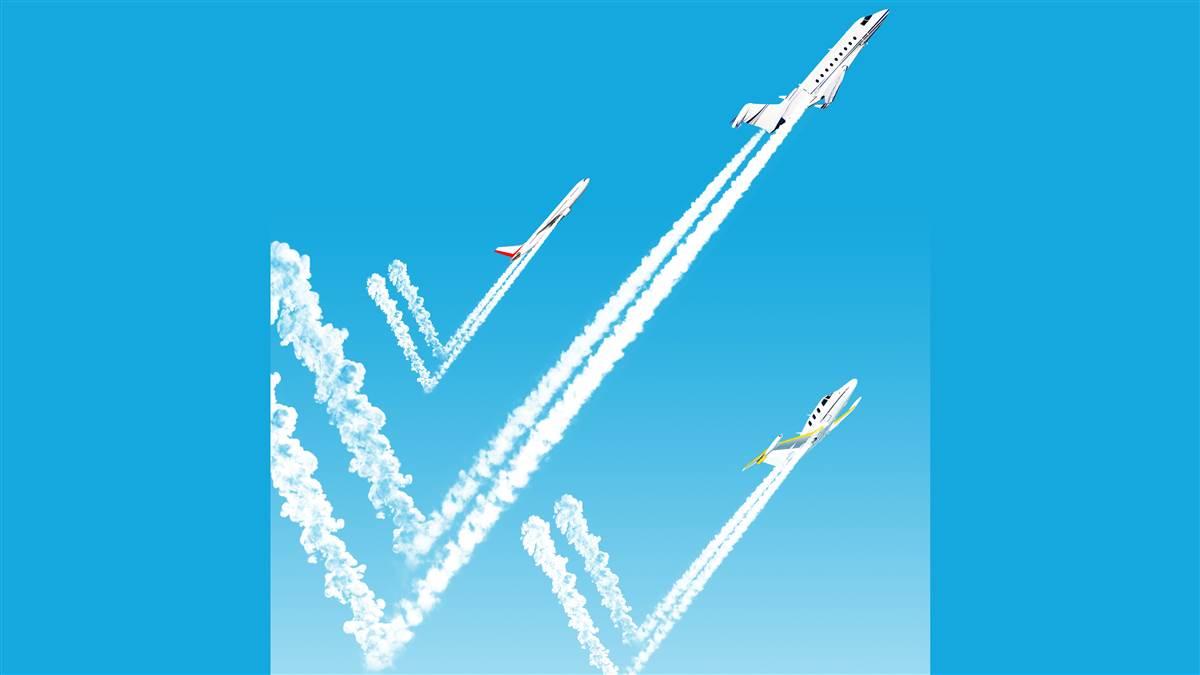 Large aircraft are defined in FAR 1.1 as those “of more than 12,500 pounds, maximum certificated takeoff weight.” Note that this is an “or” requirement: A non-jet more than 12,500 pounds maximum takeoff weight (MTOW)—for example, a heavy piston such as a Douglas DC–3 or a larger turboprop such as a Beechcraft King Air 350—requires a type rating, as does any jet-powered aircraft of any weight. An Eclipse 500 with a takeoff weight of 6,000 pounds requires the pilot in command to demonstrate the same maneuvers as for any other type rating, even though the Eclipse weighs less than many turboprops that require no type rating. 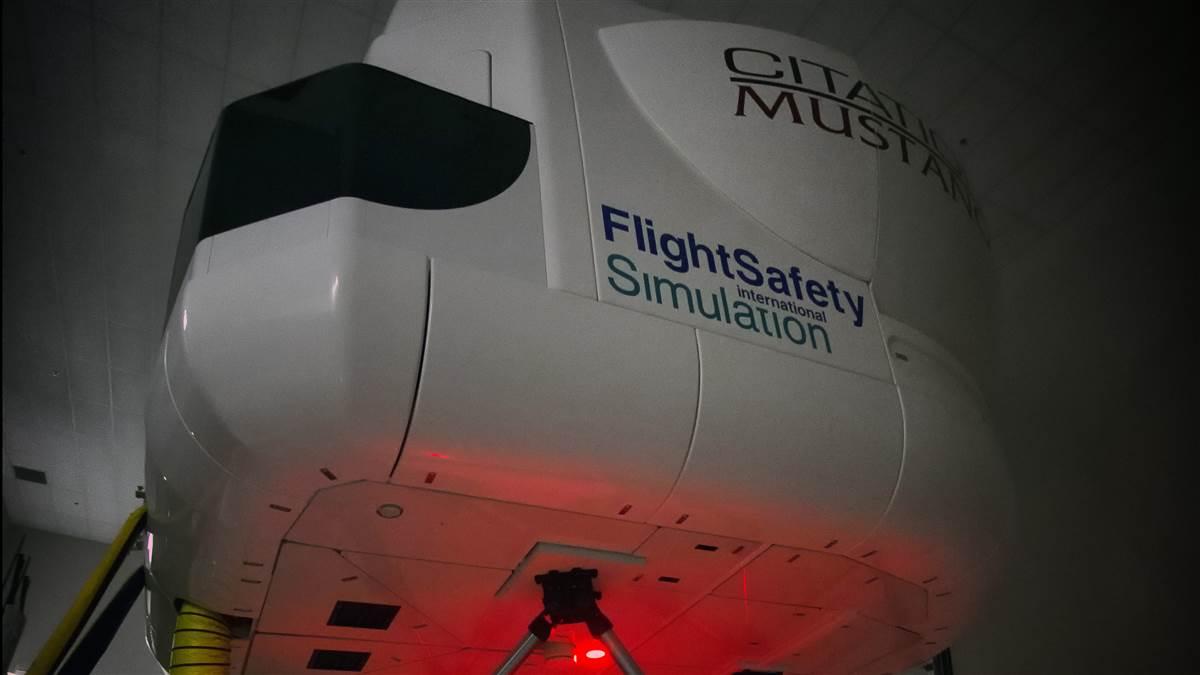 Those maneuvers are spelled out in the airline transport pilot (ATP) practical test standards (PTS) and are, to a letter, all the maneuvers needed for the ATP rating itself: A type checkride is exactly the same as an ATP checkride. It matters not if the pilot is adding the type rating to a private or commercial certificate—he or she must demonstrate the maneuvers to ATP standards. The checkride is mostly approaches, consisting of two precision and two nonprecision, with a bit of airwork thrown in. Typically, half of the approaches are conducted in a simulated engine-out configuration, and other miscellaneous emergencies are worked into the ride, such as a required no-flap or abnormal flap landing.

Generally, the type rating can be earned in one of two ways. The most common involves using a Level D, full-motion simulator at a Part 142 training center. After one to four weeks of classroom and simulator training, the pilot takes the checkride in the same simulator with a designated simulator examiner. Pass the ride, and you’re legal to fly an airplane you’ve never set foot in, such is the fidelity of this level of simulator. The only exception to immediate PIC authorization occurs for a pilot with low turbine experience who obtains his first type rating in a simulator. In this case, the pilot will be required to fly with a second, fully qualified PIC for a period of time (usually 25 hours) before being allowed to act as PIC himself. This is dubbed supervised operational experience, or SOE.

For very new or very old airplanes for which no simulator exists—or when pilots want to, because of logistics or just plain preference—a type rating can be obtained in the aircraft itself, just like any other pilot rating. An appropriately authorized examiner conducts an oral and flight exam, and issues the new certificate with type rating upon completion. For some models of very new, or older and now uncommon, jets, there may be only one or two examiners in the country authorized to conduct checkrides in the model, so this path sometimes presents challenges (see “Celestial Survivors,” page T-10).

For many of the more common light jets seen around the airport, a single type rating often covers multiple variants of the aircraft. Sometimes the differences between these models are miniscule, sometimes immense; it’s not always apparent why the FAA has decided to group two aircraft under one type rating, while two others aren’t.

Take the case of the Cessna Citation CE-500 type rating. It allows a pilot trained and only experienced in a 1970s-era Citation 500 with analog gauges to legally act as PIC in a 2010 Encore+, which is 50 percent heavier and has some significant systems changes, totally different engines, and a modern glass cockpit with a fully integrated flight management system (FMS). That same Encore+ cockpit looks remarkably like that of a Citation CJ3, yet the CJ3 requires a completely different CE-525 type rating.

A single type rating often covers multiple variants of an aircraft. Sometimes the differences between these models are minuscule, sometimes immense.With a few exceptions, jets that weigh less than 18,000 pounds MTOW have the capability to be flown single-pilot. For older aircraft this is allowed through a waiver requiring an annual pilot test, while for newer jets the optional authorization is an inherent part of the type rating itself.

Confusingly, depending on the aircraft in question, this single pilot authorization is spelled out differently. For most jets, a pilot who passed the type rating acting alone will have an “S” added to the end of the type rating; for example, the “CE-510S” endorsement on a pilot certificate allows the pilot to fly a Cessna Citation Mustang single pilot, while the simpler, “CE-510” endorsement requires that a qualified second-in-command pilot be in the cockpit. Embraer light-jet type ratings, on the other hand, imply single pilot capability unless a limitation is explicitly stated. This means a pilot with “EMB-500” on his or her certificate can operate a Phenom 100 single-pilot unless the verbiage “EMB-500 Second in Command required” is present under the limitation section. There is no “EMB-500S” type rating.

Finally, the type ratings discussed so far are those needed to act as PIC. For pilots acting only as SIC, a last wrinkle exists. While flying a jet in the United States, an SIC needs no rating beyond those for general category and class (for example, multiengine land and instrument), and very minimal type-specific training and experience. Outside the United States, however, most nations require that both pilots of aircraft requiring two pilots possess a type rating.

To allow for meeting this requirement without demanding that the SIC complete the full training and testing required of a PIC, the FAA will issue a type rating that is valid only for executing the duties of an SIC. Issuance of this “SIC type rating” requires only that the pilot have documented minimal aircraft system and flight manual review, three takeoffs and landings, and some element of maneuvering with a simulated engine failure. In contrast to the weeks of training needed for a full PIC type rating, the SIC type rating requirements can be completed in a morning and, believe it or not, no testing or checkride is needed.

Neil Singer is a Master CFI with more than 8,500 hours.