Texas A&M University professor Robin Murphy is credited with co-founding the scientific field of disaster robotics, and remains one of the world’s leading experts on the use of technology including unmanned aircraft (and other types of robots) in disaster response. Having conducted extensive field work responding to catastrophe, she answered five questions from AOPA Drone Pilot, including whether manned aircraft pilots make better remote pilots. 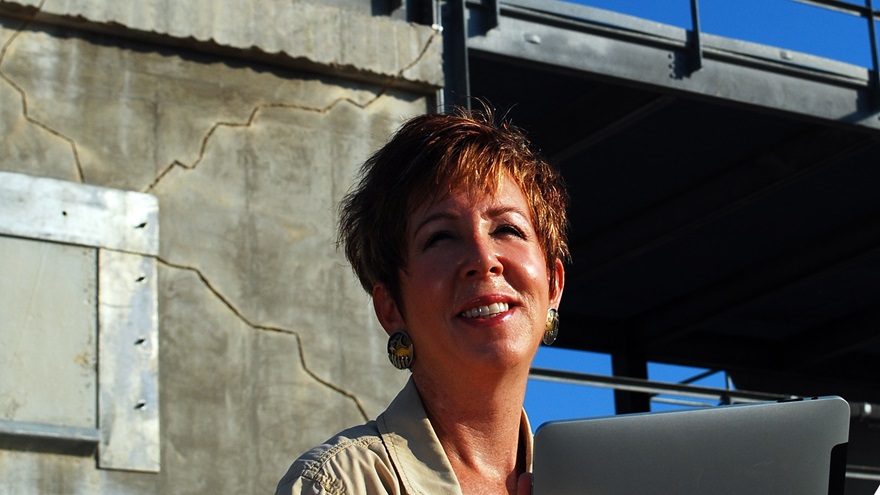 Robin Murphy is a pioneer in the emerging field of rescue robotics, and director of the Center for Robot-Assisted Search and Rescue (CRASAR) at Texas A&M University, where she has worked since 2008. Photo courtesy of Robin Murphy.
A professor of Computer Science and Engineering, director of the university’s Center for Robot-Assisted Search and Rescue, and the founder of Roboticists Without Borders, Murphy focuses her ongoing research on the development and application of artificial intelligence in robots used for emergency response. Murphy was on the scene for the world’s first deployment of rescue robots following the terrorist attacks of Sept. 11, 2001, and has continued to take a hands-on approach to developing rescue robots.

Murphy has written books on the topic, and earned awards and recognition for her efforts, including the 2014 Eugene L. Lawler Award for Humanitarian Contributions within Computer Science and Informatics. Murphy also was named an “Alpha Geek” by Wired magazine in 2009.

Do manned aircraft pilots make better roboticists, or worse, compared to those with no specialized training in vehicle or system operation?

Yes, because manned aircraft pilots have been exposed to rigorous safety and human factors concepts. When I took my written pilot’s license, there were sections that I wanted all of my engineering students to take because it was a tangible example of how to apply cognitive science (“look, see—all that theory put to use!”). The pilots I’ve worked with like Justin Adams are definitely constantly anticipating problems while they are flying UAS and how to respond to them.  That safety culture doesn’t exist in the consumer UAS community—for example almost no one has heard of, or uses a formal checklist, though fortunately I think that is changing. 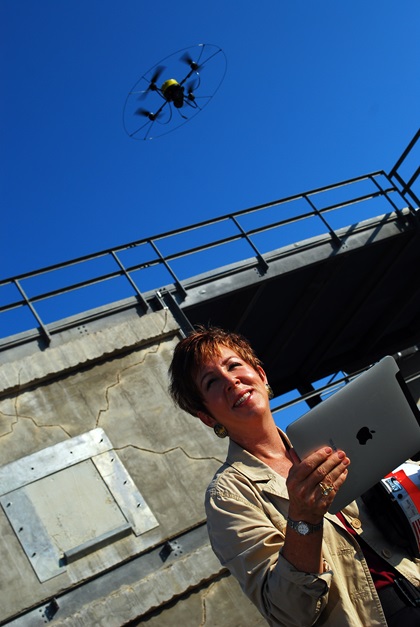 But… I do see signs that manned aircraft pilots, like everyone else, are unaware of the problem of “mediation”—that you are working through a user interface and a computer intermediary.

How concerned are you that opportunists are out there selling snake oil to emergency responders in the form of equipment that’s wrong for the mission, inadequate training, misguided notions of what drones can and cannot do, lack of effective planning, or all of the above?

Really, really concerned on all of the above. In some cases, the snake oil is unintentional—a person or company is wildly enthusiastic but not knowledgeable about emergency response and public safety. However, there are two other pernicious cases that bother me. One is the Silicon Valley get-customers-anyway-you-can-so-you-can-get-the-next-round-of-funding situation. The other are companies [that] say their UAS work is for emergency response or humanitarian purposes but they are using that as justification to skirt regulations, and in one case, to justify why they were violating a patent.

The biggest surprise is that they aren’t incorporated into disaster response as a standard operating procedure. After the successes of using these at Hurricane Katrina (2005), I had assumed that by 2015, they’d be commonplace. After all, Rogers' theory of diffusion of innovation suggests it takes about seven years for an innovation to get adopted. But we’re still at the early adoption point of the curve. None of the FEMA urban search and rescue teams are allowed to purchase them and since they aren’t on a federal purchase list, that means many states won’t put them on their list. Different states have widely different regulations and processes.

The situation that 10 years later, Roboticists Without Borders would still be offering to fly UAS for free for agencies because the agencies couldn’t adopt UAS or were afraid to, blows my mind.

Humans will always be important, though their role as operators will likely diminish. In emergency management, the UAS are primarily tools for decision-making. Thus more and more people will need access to the data (it’s the data, not the robot!) and want to direct the UAS. And as UAS become safer, the UAS will be used in close proximity to humans—like a project here on enabling two-way audio to a hurt hiker over noisy rotors. So as autonomous robotics technology matures, there will be MORE human interaction but less classic joystick operation.

What is your favorite (real or fictional) robot?

I’m going to duck this question because I have so many favorites—both in reality and fiction!  I love robots in fiction—I have a new book coming out this year, Robotics Through Science Fiction, where I have selected six classic short stories that illustrate some aspect of how artificial intelligence for robots works.

AOPA Drone Pilot is a free, biweekly newsletter created for anyone with interest in drone technology, training and safety, policy, and industry news. Sign up now to receive the next issue; you may unsubscribe any time.

AOPA ePublishing Staff editors are experienced pilots, flight instructors, and aircraft owners who have a passion for bringing you the latest news and AOPA announcements.
Go to AOPA ePublishing staff's Profile
Topics: Drone