Get the app Get the app
Get the latest news on coronavirus impacts on general aviation, including what AOPA is doing to protect GA, event cancellations, advice for pilots to protect themselves, and more. Read More
Already a member? Please login below for an enhanced experience. Not a member? Join today
News & Videos Documentary honors triple ace

A new documentary will soon become part of the Uflytv video-on-demand library for aviation buffs: a one-hour film that tells the story of two-war fighter ace Robin Olds. 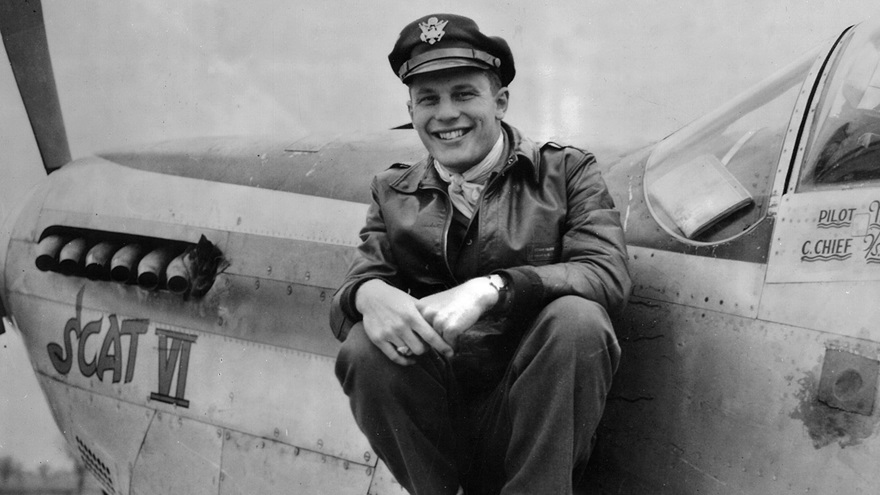 The inspirational career of fighter pilot Robin Olds is depicted in a new documentary coming to Uflytv. Photo courtesy of Uflytv.

Olds, who died in 2007 at age 84, had a colorful and effective career as a fighter pilot. He was credited with downing 16 enemy aircraft—12 during World War II and four more flying an F-4 Phantom in Vietnam, where Olds added 152 missions to the 107 European sorties he flew as piston fighters reached their zenith.

The new documentary is presented by Fagen Fighters World War II Museum, part of a video series called Voices of Valor. The film is expected to be available through Uflytv in early June, according to a press release. Uflytv is an online, subscription aviation video service that was announced earlier this year.

The documentary about Olds was co-written and narrated by his daughter, Christina, and produced by Sleeping Dog Productions for Uflytv.

Olds enlisted in the U.S. Army Air Corps and remained in that branch through its transition into the U.S. Air Force. He retired in 1974 as a brigadier general, having flown the P-38 Lightning, P-51 Mustang, and F-4, embodying the transition to the jet age and completing a colorful career that continues to inspire modern fighter pilots.

AOPA ePublishing Staff editors are experienced pilots, flight instructors, and aircraft owners who have a passion for bringing you the latest news and AOPA announcements.
Go to AOPA ePublishing staff's Profile
Topics: People, Movies and Television