Garmin continues its march into the business jet market with its announcement that the company’s new Garmin Head-up Display (GHD 2100) will be installed as an option in Cessna’s upcoming Citation Longitude super-midsized jet. The price has not yet been announced. 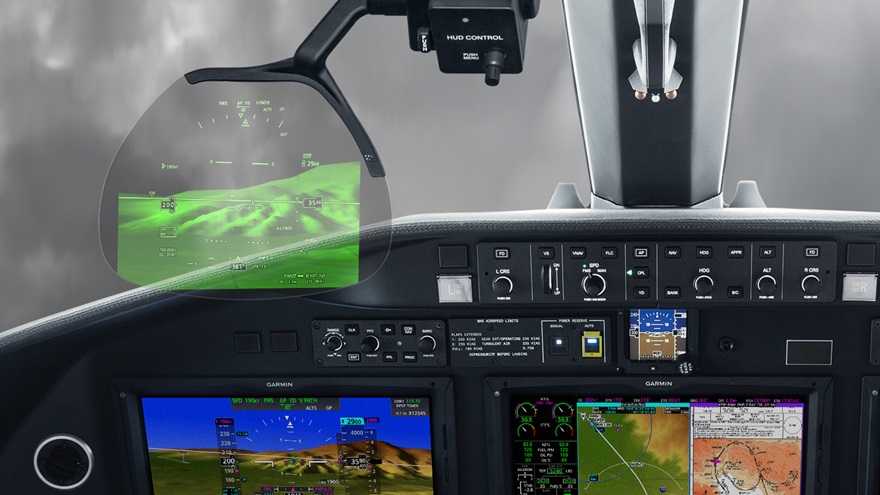 The HUD will be part of the Longitude’s G5000 Integrated Flight Deck, according to Carl Wolf, Garmin’s vice president of aviation sales and marketing. The GHD 2100 also will be compatible with other business jet cockpits.

HUDs project infrared or synthetic vision imagery on a combiner plate that flips down into a pilot’s view. This allows significantly improved forward vision in reduced visibility and in other situations where visual cues would normally be limited—or absent altogether. This means safer approaches, day or night, in low instrument meteorological conditions, and perhaps the ability to descend to lower instrument approach minimums in the near future. In the future, Garmin’s GHD 2100 will come with three-dimensional, synthetic vision technology, making it easier for pilots to transition from flight using the HUD to flight by visual reference. Its current iteration will make use of infrared-based enhanced-vision technology only.

When it becomes operational, the GHD 2100 will allow operators to fly down to Category I and II approach minimums.

The GHD 2100 is a compact system that doesn’t use the cooling technologies used by large business jet HUD units. It provides a 30-degree wide-angle field of view and is located at a comfortable viewing distance from the pilot’s head position. Automatic dimming of the HUD imagery adjusts brightness levels, and a de-clutter mode is provided to eliminate certain image elements when pilots are concentrating during the final approach phases of flight. In addition, the GHD 2100’s symbology is consistent with the symbology used on the panel-mounted G5000’s primary flight displays. The HUD also is equipped with Garmin’s SurfaceWatch technology, which provides visual and aural cues designed to warn pilots if they are about to take off or land on taxiways, or take off or land on wrong runways—or runways that are too short. The HUD—and the PFDs—even highlight and outline the pilot-selected runway.

The unit also will use a path-based system of flight guidance cues. The system has a flight path marker that projects exactly where the airplane is flying, accompanied by a circular flight director cue. When the pilot—or the autopilot—matches the marker with the cue, it makes the airplane’s future position—say, on a runway threshold—clearly visible on the display. Flight path acceleration and speed error trend vector symbols are other features of the HUD. These tell when, and how much, the airplane is accelerating or decelerating, as well as the degree of its divergence from a bugged airspeed.

Stay tuned for updates and evaluations of the GHD 2100 program as it progresses. 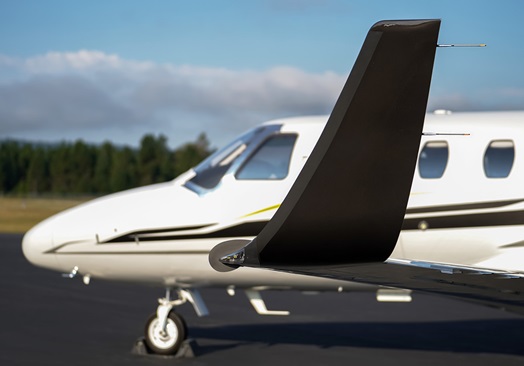