Get the app Get the app
Get the latest news on coronavirus impacts on general aviation, including what AOPA is doing to protect GA, event cancellations, advice for pilots to protect themselves, and more. Read More
Already a member? Please login below for an enhanced experience. Not a member? Join today
News & Media Bahamas by quadcopter

A seemingly simple up-and-down quadcopter flight over a Bahamian beach during a break between airshow acts proved to be quite the aeronautical challenge. Even with the airspace clear of manned aircraft and the show’s air operations staff watching from a few feet away, several risks and potential hazards required careful mitigation, focus, and a landing pad to keep sand out of motors. Aerial view of Taino Beach taken during a break in the aerial action during the Grand Bahama Air Show May 20.

Brushless DC motors are known for reliability, but mounted on a drone they are open to the air, and susceptible to ingesting abrasive sand that can cause a failure, and losing even one motor on a quadcopter will bring it down quickly. That was just one of many potential failure scenarios considered before the motors spun up on May 20 at Taino Beach on Grand Bahama Island.

Kites being flown down the beach were another, along with the absolute imperative to avoid flying over a person, much easier when the crowd remained behind the airshow safety line, more difficult when the intermission stretched on and a few people began to wander into the operations area.

This drone mission was not just another “day at the beach.”

Some factors to consider if you try this yourself, based on field experience. 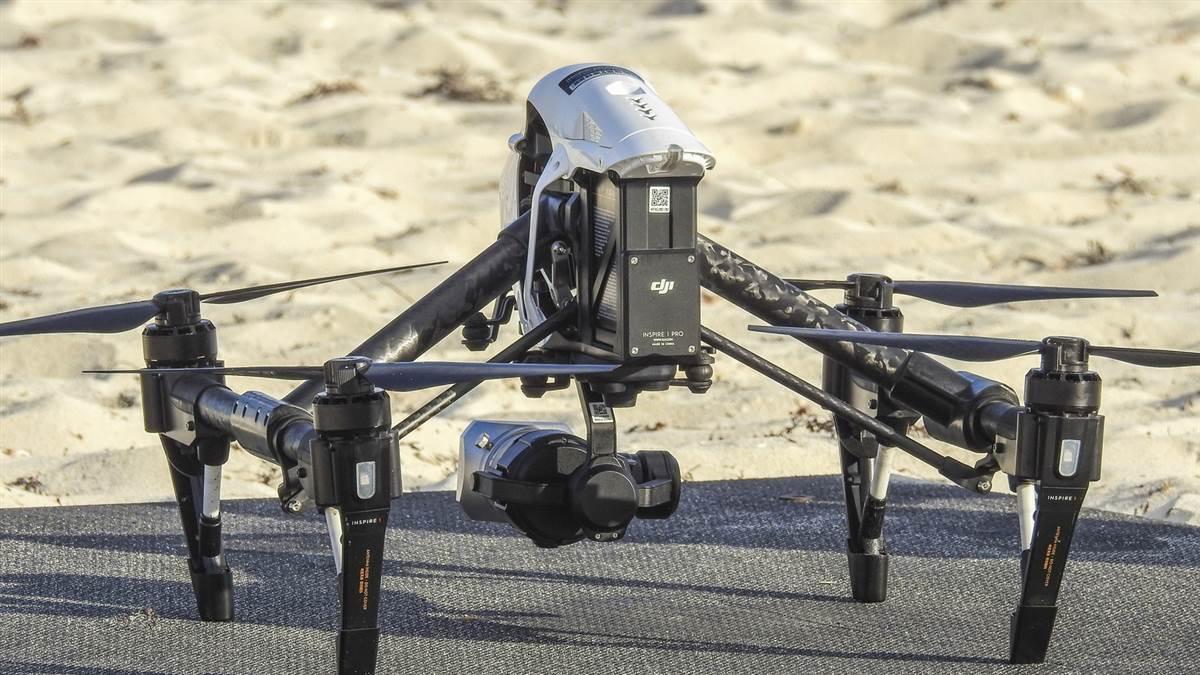 Bringing a drone to the Bahamas seemed like a great idea in the abstract. As a guest of the Bahamas Ministry of Tourism invited to cover the Grand Bahama Island Air Show, I was mindful that mistakes would not be permissible. But some of us also appreciate a good challenge, and there was simply no other way to capture the scene as a whole. I used my DJI Inspire, duly registered and insured, and was briefed by air boss John Walsh before lifting off with care. Bahamian show support staff kindly provided a four-foot-square section of stage platform to serve as a landing pad and avoid creating a miniature sandstorm during liftoff and landing. (Establishing a low hover prior to touching down blew the platform clear of sand.)

The Christen Eagle, Super Decathlon, and North American AT-6 Texans were on break, and as many in the crowd turned their attention to food from the many tents nearby, the Inspire rose carefully to 50 feet, taking up station just above the water’s edge.

With the crowd line temporarily unguarded, people began to wander onto the beach, and a handful of kites were launched a few hundred feet away. Finding a clear path of travel out to the surf line, climbing, and spending the rest of the battery in a more or less stationary hover suddenly seemed like a great idea, particularly as people began tapping my shoulder to ask how high the drone can fly and how far it can go, two of the most popular questions in any such setting.

A whipper-snapper cracked at my feet, and a sideways glance revealed a young boy with mischief in his eye, awaiting a reaction. Thankfully, various CFIs in the course of years of flying manned aircraft made a habit of creating distractions, and that training proved useful.

Manned pilots are also taught to be very careful with fuel. The typical 30-percent battery reserve used on most flights was increased to 40 percent to allow time to hover or maneuver out of the way if people entered the flight path area during approach for landing. Yes, that also happened.

Flying through a battery and much of a second, about 20 minutes total with increased reserve and windy conditions, left me a bit on the sweaty side, and the sun was only partly to blame.

Bahamas Civil Aviation regulations on drones are very similar to the FAA rules in many respects, such as the 400-foot altitude limit. Flight over people is prohibited, and authorization is required to fly within 5 statute miles of an airport. Unlike the FAA, Bahamas Civil Aviation also requires proof of insurance, provided in advance and also carried during flight operations along with the aircraft registration, which is also a required document.

The airshow’s air bosses had the authority to authorize limited flight within prescribed boundaries, basically inside the safety zone between the airshow box and the crowd, and only during a break in the aerial action. That kindness, extended by Walsh, came as a pleasant surprise, though it was not the only permission required.

The Bahamian government requires visitors to obtain a permit, in this case handled with the Ministry of Tourism acting as a go-between. An equipment inventory was provided in advance for customs clearance, including not only the Inspire itself, but all other camera and electronic gear brought to cover the story. This being a hosted media visit, the government did waive the drone permit fee, normally $80.

Drone pilots who negotiate these steps also must comply with air travel regulations that essentially limit the batteries one can pack to three: one installed in the aircraft that was checked (in a hard case), and two more in carry-on luggage, provided they are well-protected against dangerous short circuits. This is a good reason to save the original manufacturer packaging for those batteries. The FAA provides a handy guide to traveling with batteries and other hazardous materials.

When flying commercial with a relatively large drone like the Inspire, expect those batteries to get lots of attention from Transportation Security Administration screeners. It never fails.

While some writers on online message boards have reported being required to also provide a security deposit in advance, that was not required on this trip.

There are some gorgeous locations in the Bahamian archipelago, including some of the most beautiful waterscapes and scenic, white sand beaches found anywhere. But the interior of Grand Bahama Island, at least, proved less scenic from the air than one might suppose. Away from the resorts and villages, the island landscape is dominated by palm trees, yellow pine, and palmetto, with little variation in vegetation or color. These are not the lush, tropical jungles found further south, so many of the truly scenic spots are found at the junction of water and land. For a first-time visitor, this came as a bit of a surprise.

Still, there are more than a few locations worth filming, and a smaller drone would have an easier time of it, something compact and more easily transported, something one can land in a hand, like a Mavic, for example.

International travelers are generally advised to arrive at the airport at least two hours before a flight, though a small airport like Grand Bahama International has shorter lines than most. Still, experience shows it is a good idea to leave plenty of time. Before checking in with the airline, I was escorted to customs for a bag inspection, checking each piece of equipment on the inventory previously provided to make sure all gear brought into the island nation was going home with me. Then, it was back to the airline counter to check in, and proceed from there through security inspection (another bag check apparently triggered by large batteries showing up on the X-ray image), and U.S. Customs preclearance, a useful practice as it spares a customs stop stateside.

It was not clear if this same process is repeated for everyone bringing a drone to the Bahamas, but it is probably wise to leave plenty of time to get aboard the flight home. The process would probably be considerably simpler for manned pilots who fly themselves in private aircraft—and more fun. 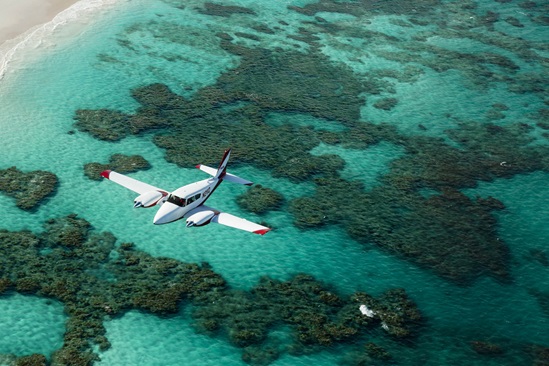