Get the app Get the app
Already a member? Please login below for an enhanced experience. Not a member? Join today
News & Media Checkride: Choose Wisely 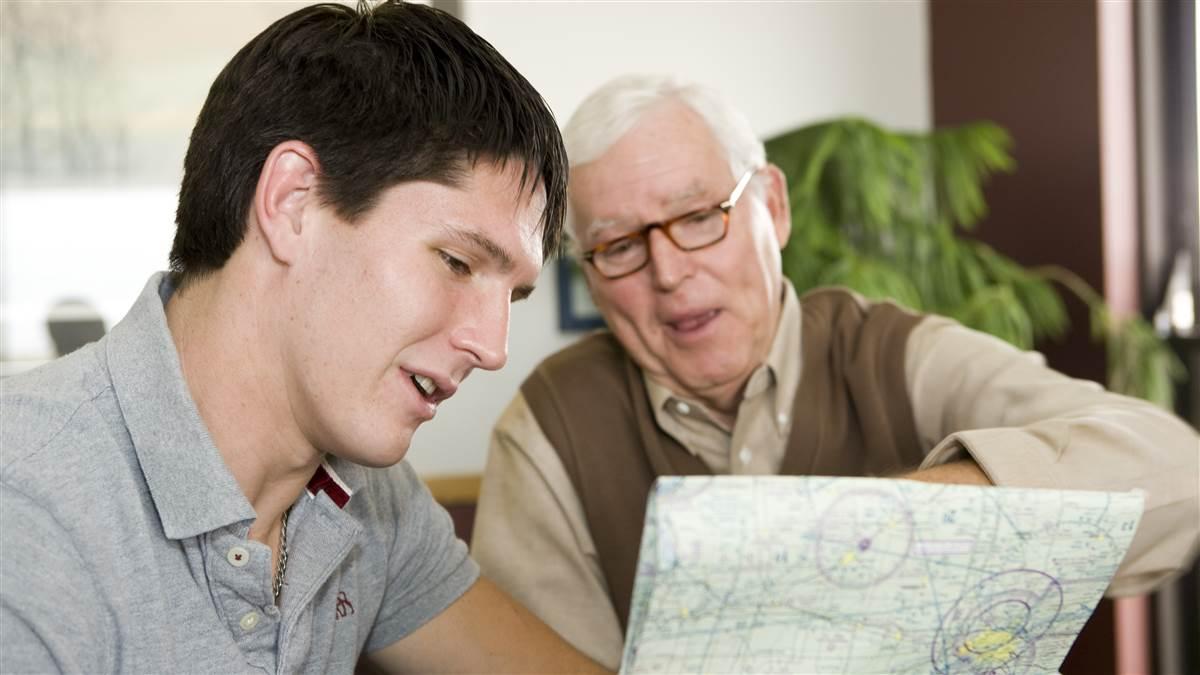 If your flight instructor or school doesn’t have a complete list of DPEs in the area, you can obtain the official list from the FAA website. You can sort by type of pilot examiner and FAA office.

The FAA has relied on designees such as DPEs to provide certification services to the public for more than 60 years.

If you’re nearing the completion of your pilot training, there is still one more important decision before your big day: choosing a designated pilot examiner (DPE). In some cases, the decision may be made for you by your flight instructor or flight school, because they have a close working relationship with a local DPE, or they may even have one on staff. But more often, you, the student, will have a choice in the matter. There are a few things you’ll want to consider.

Ask your flight instructor or school for a list of the DPEs in the area. Contact each of them by phone or email to address any questions you may have about the checkride experience and to clarify expectations. This is also a great time to ask whether that DPE has any supplemental documents or resources available to assist with your final preparation efforts. If possible, set up an appointment to meet in person to get a feel for how you will interact on checkride day.

Of course, cost is always a factor, so ask what the fee will be to avoid any ugly surprises. But bargain shopping for your DPE is not the best way to make your final selection. The old slogan, “You get what you pay for,” comes to mind. Another type of “shopping” you’ll want to avoid is seeking a “fast-and-easy” checkride. Many well-trained and -prepared applicants later comment that the checkride experience was easier and less demanding than much of their training had been, but searching for a Santa Claus of a DPE to guarantee an easy checkride should not be among your priorities.

One pilot applicant later described an oral exam that was a brief “shooting-the-breeze” chat session with little or no testing substance, followed by a short flight that did not even cover all of the required tasks for the test. This all seemed wonderful—until a certified letter from the FAA arrived, informing the pilot that his new certificate had been rescinded, pending a retest by an FAA safety inspector after the authority of the DPE who issued his certificate had been revoked. While this is thankfully a rare event, the timing of this one could not have been worse, because the unfortunate pilot received this shocking news while he was in his new-hire training at a major airline.

Another factor to consider is where the checkride will take place. Is the DPE able to conduct the checkride at your airport, or will you need to travel to the DPE? Having the examiner come to you is, of course, a great advantage, but flying to an airport where the DPE operates should not be a showstopper. Scheduling a couple of training flights there as part of your checkride preparations may be a big confidence booster for your checkride experience.

A DPE’s pass-fail ratio is not a meaningful yardstick for selecting a desirable examiner. Even though the national pass-fail ratio for private pilot checkrides typically hovers around 80 percent, a checkride is an individual event and the outcome is—and should be—determined solely by the applicants’ performance.

Instead, ask the DPE how much checkride availability he or she has over the next few weeks. Consider that weather or other factors can force delays. Selecting an extremely busy DPE may force you to wait weeks between checkride attempts should any unfortunate delays occur. Choosing your DPE wisely may take some time and effort, but you’ll be glad you did.

Bob Schmelzer is a Chicago-area designated pilot examiner, a United Airlines captain, and Boeing 777 line check airman. He has been an active flight instructor since 1972.