Get the app Get the app
Get the latest news on coronavirus impacts on general aviation, including what AOPA is doing to protect GA, event cancellations, advice for pilots to protect themselves, and more. Read More
Already a member? Please login below for an enhanced experience. Not a member? Join today
News & Videos How it Works: Traffic Information Service-Broadcast

Wouldn’t it be great if a display on your instrument panel—or an iPad in your lap—could show you other aircraft flying in the vicinity of your airplane? 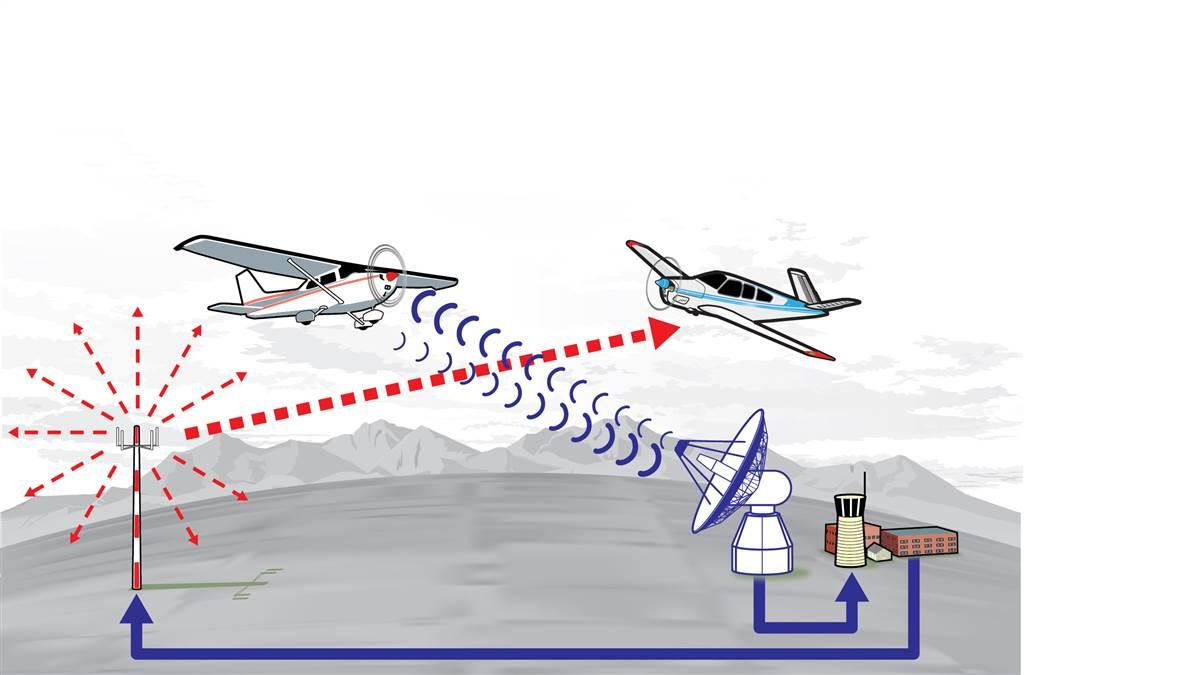 The aircraft on the right has ADS-B. However, it cannot directly “see” the aircraft on the left, equipped only with a transponder. TIS-B shares its position, as determined by ATC radar, with ADS-B-equipped aircraft.

Where will ADS-B be required?

Beginning January 2, 2020, ADS-B Out will be required in the same airspace where transponder use is mandatory today:

• In all Class A, B, or C airspace
• Within the 30-nautical-mile Mode C ring around a Class B primary airport
• Above the ceiling and within the lateral boundaries of Class B and C airspace, up to 10,000 feet msl
Class E airspace at or above 10,000 feet msl, excluding the airspace at and below 2,500 feet above ground level
• In addition, ADS-B Out will be required at and above 3,000 feet msl over the Gulf of Mexico, from the U.S. coastline out to 12 nautical miles.

Well, that technology exists today, and Traffic Information Service—Broadcast (TIS-B) is a big part of it. But to understand TIS-B, it really helps to discuss the broader enabling technology, Automatic Dependent Surveillance-Broadcast (ADS-B).

ADS-B uses GPS satellites instead of ground-based radar to determine aircraft position. The FAA has mandated ADS-B Out equipage for operations after January 1, 2020, in any airspace where a transponder is required today. ADS-B In, which is optional, provides the ability to “see” other ADS-B-equipped airplanes.

However, aircraft equipped only with traditional Mode A/C transponders are invisible to ADS-B equipment. That’s where TIS-B comes in.

TIS-B takes the position and altitude of an air traffic control radar target, converts that information into a format that’s compatible with ADS-B, and then broadcasts the information to aircraft equipped with either of the two U.S. ADS-B datalinks, the 1090-MHz extended squitter (1090ES) and the 978-MHz universal access transceiver (978UAT) frequencies.

For a pilot to benefit from TIS-B, his or her aircraft must be equipped with ADS-B In, and operating in airspace with radar coverage.