Get the app Get the app
News & Media Jazz Saxophonist: Kenny G

Simply stated, Kenny G (aka Kenny Gorelick) is the most successful instrumentalist of all time (as measured by recordings sold). He began playing the alto saxophone when he was 10 and then the soprano sax in high school. (The soprano sax looks nothing like the more familiar alto sax.) He failed to qualify for the school band, but this obviously did not hold him back. 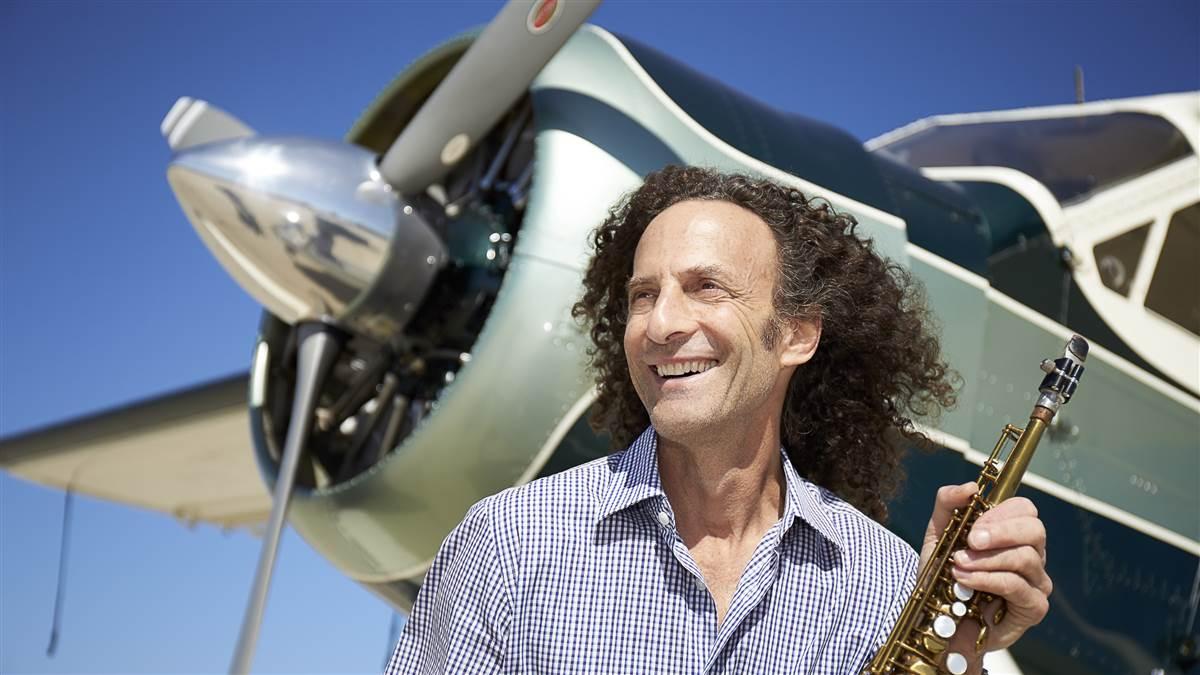 Kenny G currently holds the world record for playing the longest continuous note (an E-flat) for 46 minutes, the longest note ever heard from a saxophone. He uses circular breathing, a technique of breathing in through your nose while simultaneously pushing air out through your mouth using air stored in your cheeks (sort of like being a human bagpipe).

A pilot since 1989, Kenny G decided in 1995 to trade his Glasair III for a de Havilland DHC–2 Beaver. He had lived on the edge of Lake Washington near Seattle and became enamored with the Beavers skimming above the water in front of his home. He obviously had an ear for uniquely pleasant sounds, and the drone of the 450-horsepower radial engine was alluring. His new airplane had recently been rebuilt by Kenmore Air in nearby Kenmore. He swapped the conventional floats already on the airplane for amphibious floats and has flown the airplane in that configuration ever since. He now lives in Malibu, California, and his Beaver is hangared at the Camarillo Airport.

He has used the airplane to make six transcontinental flights—once as far as Martha’s Vineyard, Massachusetts. Although the Beaver would cruise 26 knots faster with wheels instead of floats, Kenny G is content to serenely cruise across the country at only 98 knots. He prefers versatility over performance. He loves to impulsively land on remote bodies of water (or a smooth ocean surface). He enjoys shutting down the engine and soaking up the ambiance. When he splashed down on Lake Powell in Utah, it was so hot that he couldn’t take off. He beached the airplane, camped under the stars, and departed at dawn.

Kenny G also is an avid golfer, enjoys cooking, and exercises daily. He pursues his interests with passion, especially flying, and suggests that pilots do the same: “Take flying seriously; practice to be great, not just good.”

Whether the air flows through his sax or over his wings, Kenny G strives to perfect the control of both.