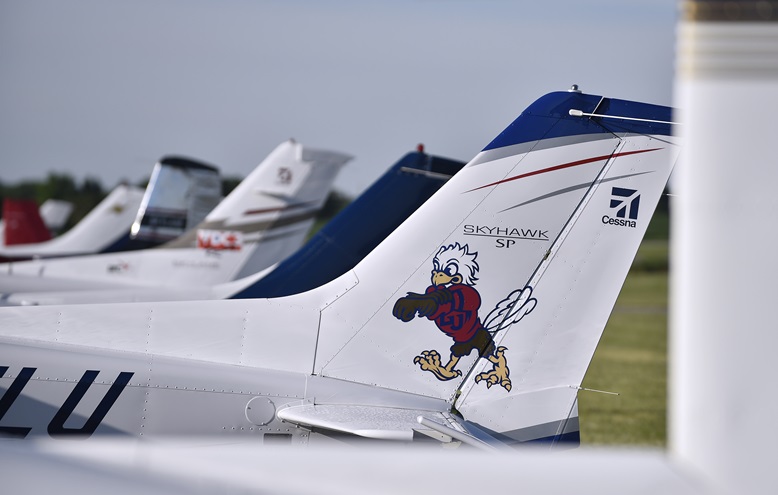 “We are excited for this honor and continuing our progress towards making CAU one of the top aviation universities in the country,” wrote Matthew Johnston, the California school’s president. He indicated the university would “make full utilization” of the Top Hawk during outreach efforts aimed at introducing more people to its aviation program. The Skyhawk will augment a recreational vehicle outfitted with flight simulators that Johnston’s team drives to local high schools to introduce aviation to students studying science, technology, engineering, and math (STEM). The university was the presenting sponsor of the AOPA Fly-In at Camarillo, California, April 28 and 29, and is a supporting sponsor of the association. It traces its roots to the Santa Barbara Business College.

Part of the Top Hawk program includes internships for students in which they gain exposure to Textron’s business, maintenance, and dispatch operations. They also participate in ground school classes, build flight hours through flying lessons and discovery flights, and participate in a flying competition that leads to one aviator taking home the coveted Top Hawk honor.

“The real goal of the Top Hawk program is to continue to generate interest among youth of a variety of ages,” explained Doug May, Textron vice president of piston aircraft. He told AOPA that he believes “the momentum is building” in the aviation industry as more young people choose a career path that aligns with some facet of aviation. He noted a variety of opportunities intersect with aviation including careers in information technology, education, weather services, retail, and more.

May said there were “literally hundreds of other ways” people could become involved in general aviation. “One of the things the Top Hawks do is broaden the perspective of what this industry is, what it does for our country, and what it means for people holding a variety of career roles.”