Get the app Get the app
Get the latest news on coronavirus impacts on general aviation, including what AOPA is doing to protect GA, event cancellations, advice for pilots to protect themselves, and more. Read More
Already a member? Please login below for an enhanced experience. Not a member? Join today
News & Videos Vietnam Veteran Chuck Boyd

A life of hardship and hope

Chuck Boyd’s life in flying has surpassed his loftiest hopes—and brought unimaginable hardships. Boyd learned to fly after joining the U.S. Air Force in 1959, and he became a fighter pilot, just as he set out to do when he left his native Iowa. He flew dozens of military jets including fighters, bombers, and transports, and retired as a four-star general—a rarified rank he never expected to attain. 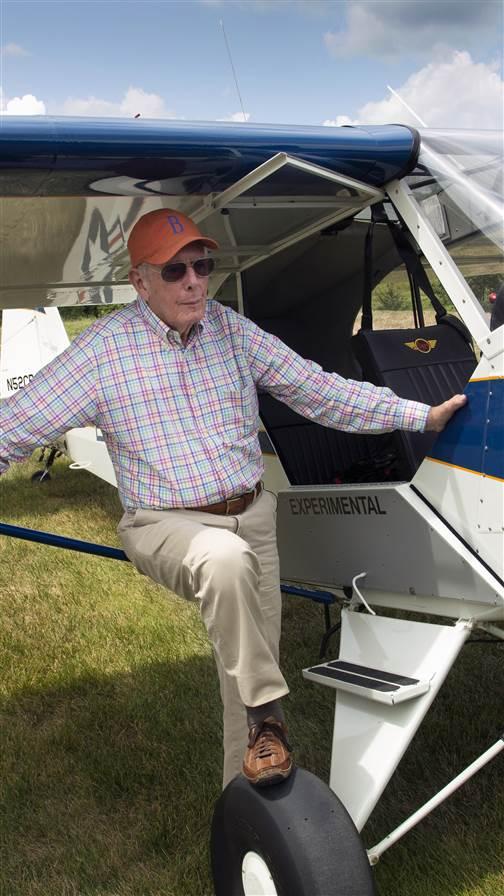 “Anyone who tells you they got that far without a certain amount of luck isn’t being completely honest,” he said. “I had more than my share of being in the right place at the right time.”

Boyd also suffered profoundly as a prisoner of war in Vietnam from 1966 until 1973—2,488 days—after his F–105 was hit by antiaircraft fire on a bombing run over Hanoi. He ejected at nearly the speed of sound, yet was remarkably uninjured by his violent departure from the airplane. The physical damage came later, during years of solitary confinement and frequent torture.

Boyd, 79, walks with a slight limp, the result of nerve damage on the bottoms of his feet. “They did some stuff to my feet when I was incarcerated,” he said. “But I still have enough sensation to operate the rudder pedals properly.”

Boyd owns and flies a Beechcraft T–34 Mentor that he keeps in Warrenton, Virginia, as well as a Great Lakes biplane and an American Legend Super Legend Cub that he flies from a pasture at his farm nearby. The T–34 and Super Legend both have personal connections.

When he was 7 years old, his dad bought him a ride in a Piper Cub with an Iowa crop duster that changed the course of the boy’s life. “We only flew for 15 minutes,” Boyd said. “But by the time we landed, I knew that I wanted to be a pilot. I wanted to fly from then on.”

Boyd read everything he could about the golden age of aviation and the rapid technological advancement that took place between the world wars. (Hence, the Great Lakes biplane.) But the aircraft that’s most meaningful to Boyd is the T–34, which is painted in Air Force insignia.

“The T–34 was the first airplane I ever flew—and it will be the last airplane I ever fly before I eventually hang it up,” he said. “It’s so delightful and so honest—and my connection to it so personal and long lasting. Rediscovering it has been an absolute joy.” AOPA