Get the app Get the app
Get the latest news on coronavirus impacts on general aviation, including what AOPA is doing to protect GA, event cancellations, advice for pilots to protect themselves, and more. Read More
Already a member? Please login below for an enhanced experience. Not a member? Join today
News & Videos Training Tip: Big-picture pilots
Sponsored by Aircraft Spruce

With the run-up and pre-takeoff checks completed, a student pilot is about to tell the tower she is ready for takeoff on Runway 33.  But first she turns to her instructor and says, “I think the tower will give us an early turn out today.” 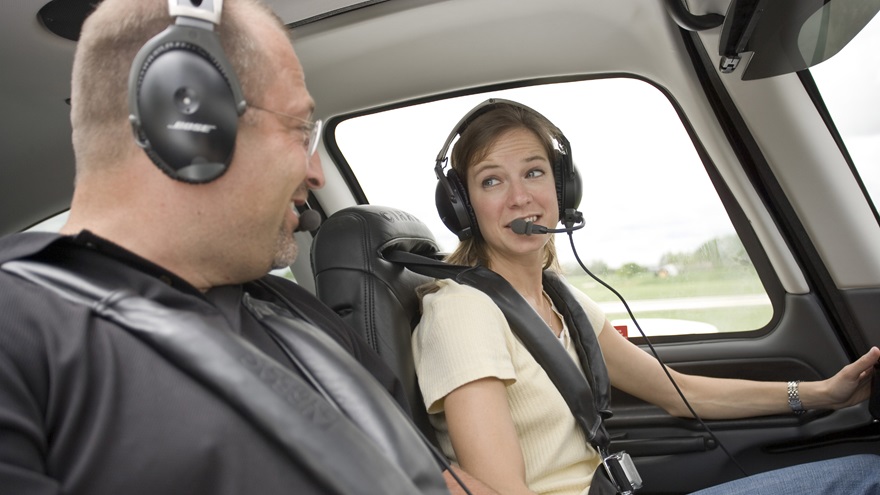 You have no idea what music this is to that flight instructor’s ears.

That’s because given the traffic situation at their takeoff time, an early turn is exactly what the CFI also expects to be included in their takeoff clearance. That the student understands this confirms two key learning accomplishments: one, that she has demonstrated ability to pay attention to what is going on around her, and two, that she grasps how that activity might affect her flight.

As for why the student and her instructor expect the takeoff clearance to include an early turn, rather than more routine instructions to “fly runway heading,” or simply to proceed on course, the reason is right there behind them: a fast business jet, also ready for takeoff.

After turning their single-engine trainer left or right—depending on traffic—promptly after takeoff, the tower can clear the bizjet for takeoff with minimum delay by adding instructions such as “Fly runway heading.” Departure control can assign the jet a new heading when it is safely above the trainer.

A student pilot who stays aware of the big picture by keeping track of air traffic control’s communications with other aircraft (and by looking around) can anticipate such coordination.

Less-well-trained pilots may comply with instructions such as, “Cleared for takeoff, when able turn left heading two-seven-zero,” never realizing that the “fly runway heading” clearance issued to the next departure completes the controller’s two-part plan for handling the departures.

Unable to visualize that big picture, the less-well-trained pilot may not initiate the early turn as promptly as the controller (and waiting flight crew) would expect.

That poorly prepared pilot would probably also remain unconcerned with the whereabouts of the departing jet—unlike the student pilot with superior situational awareness, who would scan for the other aircraft long after it takes off.

Back inbound to the airport after her lesson, she will not just “monitor” the ATC frequencies, but will really listen to the approach control and tower controllers’ communications, in turn, to get an idea of how many other aircraft are in the area, and where they are.