Get the app Get the app
Already a member? Please login below for an enhanced experience. Not a member? Join today
News & Media XTI TriFan 600 draws the curious at NBAA

At a convention dominated by enormous booths showcasing business jet interiors, announcements about cabin connectivity, and debates about the best company to do your hot section inspection, one booth stands out. The XTI Aircraft booth displaying the TriFan 600 hybrid electric aircraft drew a steady crowd of the curious. The pedestal-mounted mockup of the six-seat vertical takeoff and landing (VTOL) craft is a long way from a flying vehicle, but the concept sparked the imaginations of many. 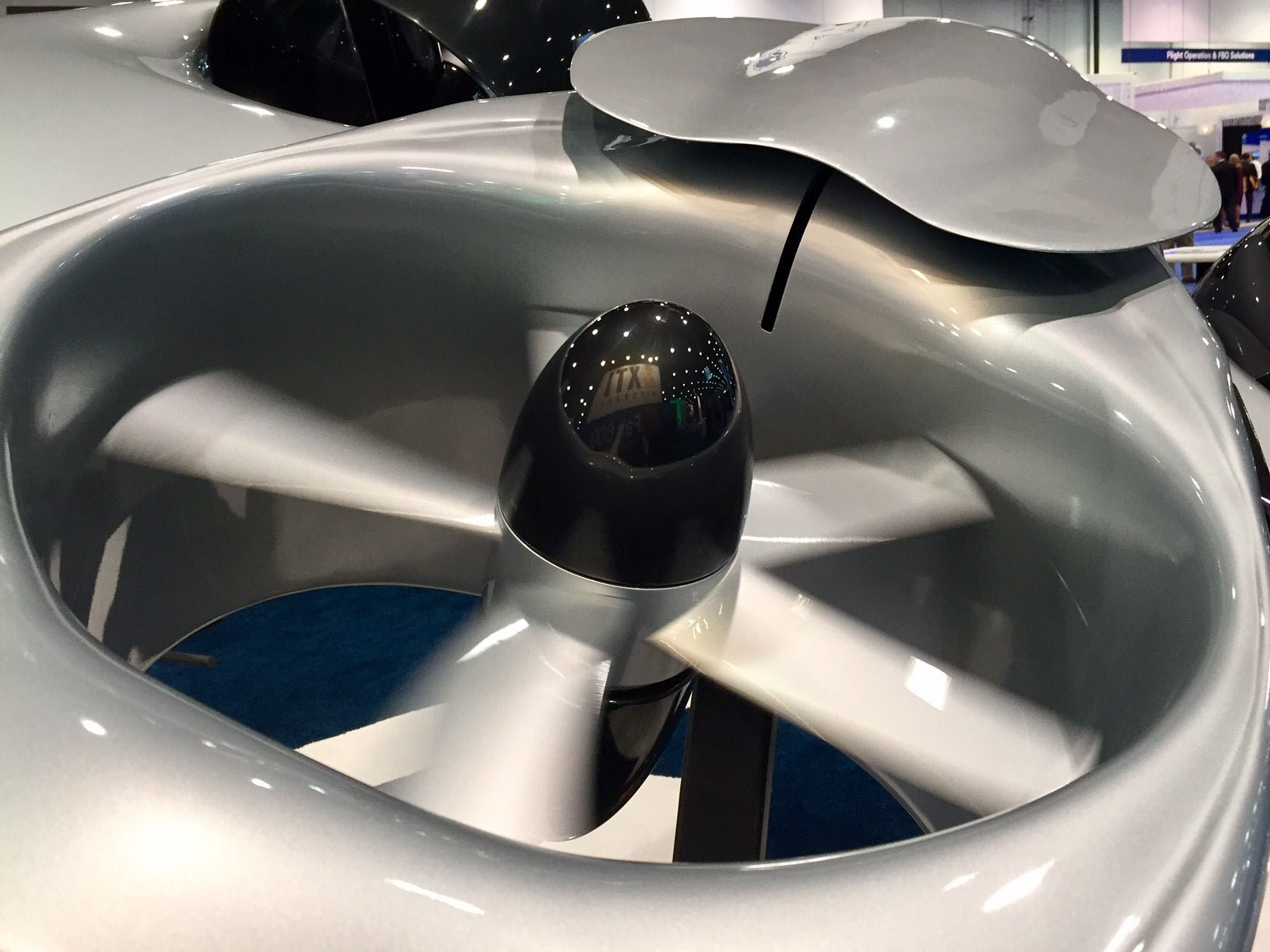 The airplane is the brainchild of David Brody, a Denver attorney. The concept has been refined under contract by Bye Aerospace, headed by George Bye, who has been a driving force in developing electric propulsion for aircraft. Brody’s original idea was for two turboshaft engines driving the pivoting ducted fans that allow for VTOL and then conversion to normal level cruise. In his redesign of the propulsion system, Bye swapped the dual engines for one engine that acts as a generator providing power to dual electric motors on each of the three fans. Bye’s vision is to use an engine, such as the Honeywell HTS900 turboshaft, to generate about 1,000 shaft horsepower or 734 kilowatts of electricity. The electric hybrid system also recharges batteries that assist with high-power modes, such as VTOL. The batteries also provide emergency power for landing should the turbine engine fail. If the battery system fails, the engine with its triple redundant generators can supply all the necessary power. If any one of the two motors driving each fan fails, the other can provide complete power. Finally, if all else fails, the airplane will be equipped with a ballistic parachute to safely lower it to the ground.

For VTOL, a door aft of the cabin slides forward, revealing the horizontal fan, similar to that found on the Lockheed Martin F-35B Lightning II VTOL fighter.

XTI CEO Robert LaBelle said the company is continuing engineering studies on the design and plans to fly a 60-percent scale model by the end of 2018. He expects the all-composite airplane will sell for about $6.5 million and have a max cruise at 300 KTAS with a maximum altitude of 29,000 feet. If taking off vertically, the range will be about 600 miles. If taking off from a runway, the range extends to as much as 1,200 miles. With a planned maximum takeoff weight of less than 6,000 pounds, he hopes the FAA will agree to certify it under the new Part 23 revised certification regulations, which should speed up and simplify the certification process.

LaBelle predicts that with its hourly operating cost of about $350, the TriFan 600 will easily beat the costs of any competitive turboprop or light jet. “A company flying it 1,000 hours a year will save $1 million in operating costs compared to other aircraft,” he said.

There’s a lot to accomplish first, though, including funding for the project. To date, Brody has funded most of the development. An online crowdsourcing campaign is attempting to raise some funds for daily operations while LaBelle and others seek investors.

Meanwhile, in addition to Bye and LaBelle, who is former North American CEO of helicopter and tiltrotor manufacturer AgustaWestland (now called Leonardo), the project has attracted the participation of former Cessna President Charlie Johnson; Alec Couvelaire, former owner of Mooney Aircraft and participant in the initial development of the TBM 700 turboprop; former Mooney engineer and Lancair president Tom Bowen; and numerous others with backgrounds in aircraft development and manufacturing. 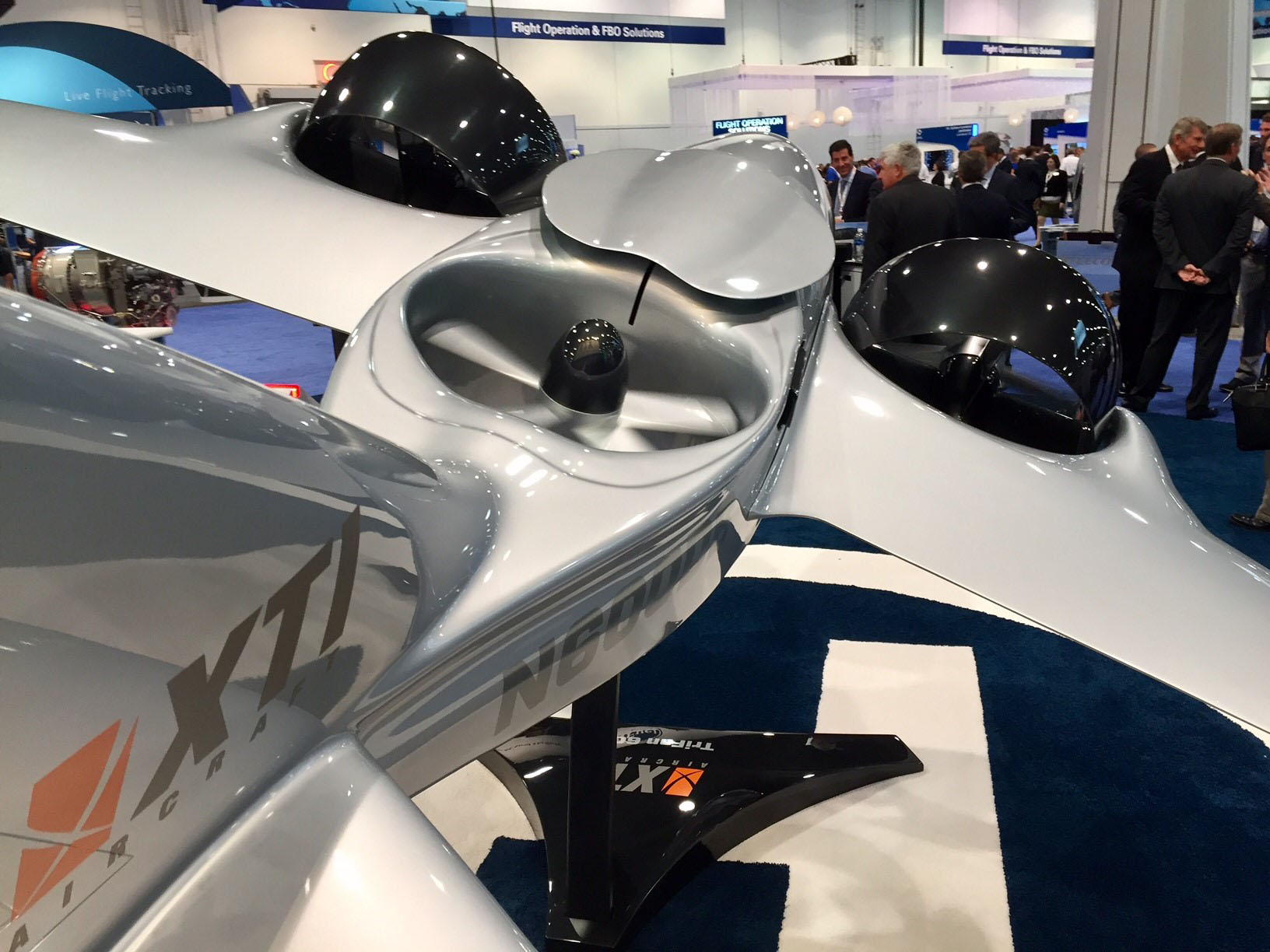 Editor in Chief
AOPA Editor in Chief Tom Haines joined AOPA in 1988. He owns and flies a Beechcraft A36 Bonanza. Since soloing at 16 and earning a private pilot certificate at 17, he has flown more than 100 models of general aviation airplanes.
Go to Thomas B Haines's Profile
Topics: Aircraft, Electric, National Business Aviation Association