Get the app Get the app
Already a member? Please login below for an enhanced experience. Not a member? Join today
News & Media Aviation History: ‘Founder of the jet age’

Ever hear of Sir Frank Whittle? 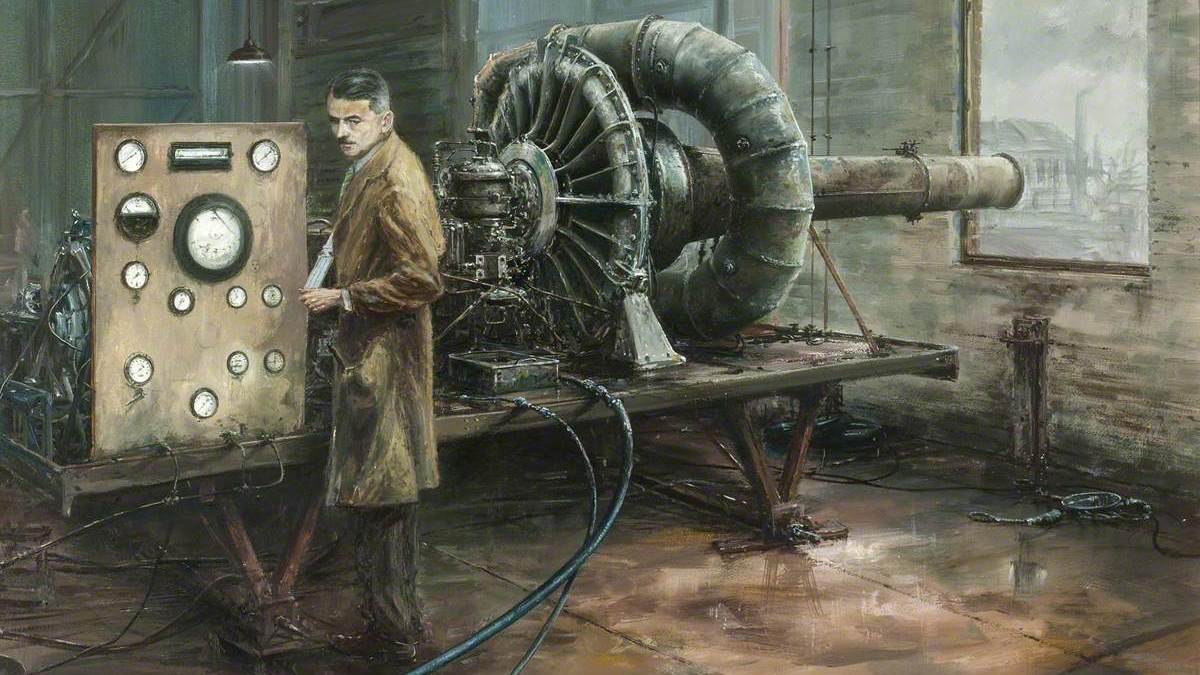 Whittle joins counterpart in hall of fame
The first turbojet-powered aircraft to fly, the He-178, took off in 1939 with an HeS.3B engine designed by German scientist Hans von Ohain. The National Aviation Hall of Fame inducted von Ohain in 1990.

Burt Rutan and the SpaceShipOne team at Scaled Composites captured the $10 million Ansari X Prize for the first private manned spacecraft to exceed an altitude of 100 kilometers—considered the edge of space—twice in a 14-day period. “Manned space flight is not only for governments to do,” said Rutan. “We proved it can be done by a small company operating with limited resources and a few dozen dedicated employees. The next 25 years will be a wild ride; one that history will note was done for everyone’s benefit.” Rutan founded Scaled Composites in 1982. He designed 46 different flying aircraft, won the Collier Trophy twice, and won more than 100 awards for aerospace design and development, including the Bob Hoover Freedom Award and the Wright Brothers Memorial Trophy. Time magazine named Rutan one of its “100 Most Influential People in the World” in 2004. Five of his aircraft are on display in the Smithsonian National Air and Space Museum’s collections.

On April 12, 1937, at the testing site in the British Thomson-Houston factory in England, Frank Whittle cracked open a valve sending fuel into the combustion chamber of his newly created turbojet engine, the Whittle Unit (WU). As he recorded, “for a second or two the speed of the engine increased slowly and then, with a rising shriek like an air-raid siren, the speed began to rise rapidly, and large patches of red heat became visible on the combustion chamber.” The alarming sound and visible flames shooting out of the tailpipe sent his assistants running in all directions. Whittle had just become the first person to successfully build and run a turbojet engine, designed to propel aircraft at speeds and altitudes never seen before. The jet era had begun. Surprisingly, the event went almost unnoticed.

Born in 1907, Whittle entered the Royal Air Force as an apprentice in 1923. In 1928, as part of the graduation requirements, he wrote his thesis Future Developments in Aircraft Design. Whittle proved by calculation that the turbine had the potential to be a prime mover for aero-propulsion.

By late 1929, Whittle concluded that jet propulsion derived from a gas turbine was the logical way forward for high-speed, high-altitude flight. He submitted his idea to the Air Ministry, but it was rejected as impractical. No secrecy was applied when he patented his idea in 1930, so it entered the public domain the following year and migrated worldwide. In 1936, Whittle secured financial backing and, with RAF support, began development of his engine. He also patented proposals for the turbofan and afterburner.

Not until 1939 did the British authorities finally recognize the potential of the technology and gave support for Whittle to develop a flight-worthy engine (W1). This was tested in the Gloster E28/39, the first British jet aircraft to fly, in 1941.

A W1 engine and plans for the W2 were brought to the U.S. and General Electric began development. In 1942, Whittle came to assist and, on October 2, the first U.S. jet, the Bell XP–59A, was flown, powered by a GE version of the Whittle engine. This development then led to the birth of the highly successful Lockheed P–80 Shooting Star, the first U.S. production jet fighter.

British and German jet-propelled aircraft appeared during the latter stages of World War II but were too late to influence the outcome of the war. The German jet pioneer, Hans von Ohain (sometimes credited with being co-inventor of the jet engine) is quoted as saying: “If the British experts had had the vision to back Whittle, World War II would probably never have happened. Hitler would have doubted the Luftwaffe’s ability to win.”

On Saturday, October 28, 2017, the National Aviation Hall of Fame will induct Sir Frank Whittle for his contribution as the “founder of the jet age.” Whittle will be recognized at the Fifty-Fifth Enshrinement Ceremony in Fort Worth Alliance Airport, Fort Worth, Texas.

Juan Merkt is chair of the Department of Aeronautical Science at Embry-Riddle Aeronautical University in Prescott, Arizona.