Get the app Get the app
Already a member? Please login below for an enhanced experience. Not a member? Join today
News & Videos Trio autopilot full kits now shipping

A non-TSO autopilot now available for Part 23 airplanes (and selling for $7,500 as a complete kit) is now shipping to owners of Cessna 172, 175, and 182 models, with more models of Cessnas and Pipers close behind. 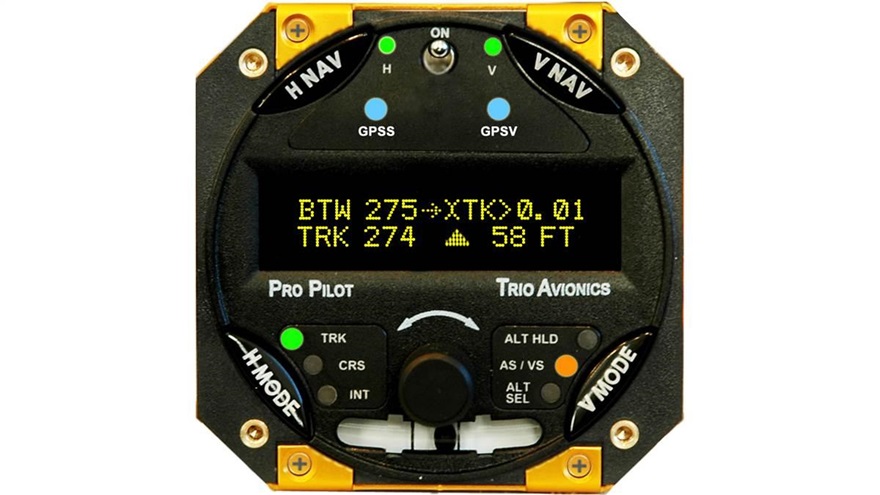 The STC Group was among the first of a growing number of companies taking advantage of recent FAA policy reforms that cleared the way for low-cost avionics and safety-enhancing equipment to be installed in Part 23 aircraft. The company secured a supplemental type certificate for the installation kits (listed on the company website for $2,500)  in April; in July, the company announced an STC that covers the servos and the autopilot unit itself, the Trio Pro Pilot ($5,000) that was originally developed for experimental aircraft. Parts manufacturer approval has since been granted, clearing the way for the company to ship kits with all required parts.

The AOPA Sweepstakes Cessna 172 was among the first of the Part 23 Pro Pilot installations, though more than 3,000 units have been delivered to date. The autopilot includes flight envelope protection, a level button, and a 180-degree turn feature to help VFR pilots escape instrument conditions, and can be used for course guidance as sell as constant-rate climbs and descents, leveling off at a selected altitude. It also can fly lateral and vertical portions of RNAV approaches when paired with a WAAS GPS.

The company notes on its website that STCs allowing Pro Pilot installation in Cessna 180 and 177 models and Piper PA28 and PA32 models are expected later this month, with Cessna 200 models to be added to the STC list in October, followed by another STC covering Piper Comanche installations in November. The company noted that schedule remains subject to change.