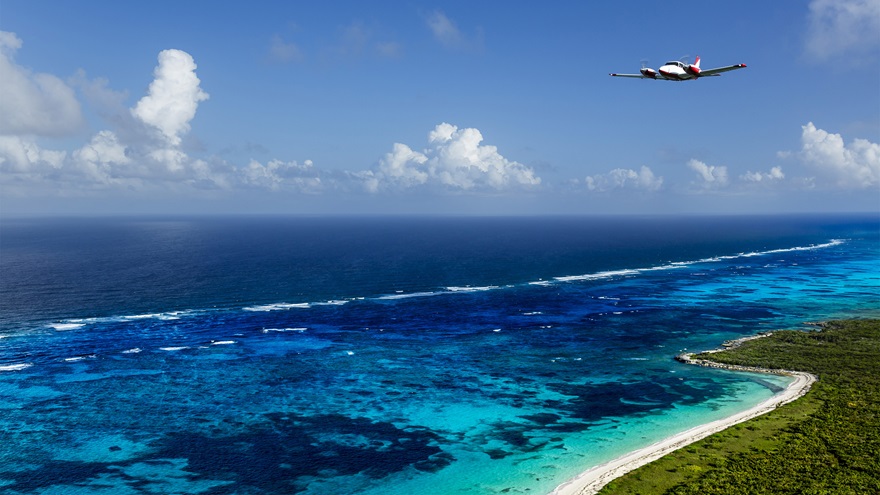 The 16-page guide, one of several initiatives AOPA is pursuing with U.S. Customs and Border Protection and other government agencies and industry groups to streamline international flights, may be viewed online or downloaded as a PDF.

Cross-border flying does not have to be an intimidating or complicated undertaking for a GA pilot—and the key to making it safe and enjoyable is taking the time to understand U.S. Customs requirements and procedures, as well as the requirements of the destination country, said Nobuyo Sakata, AOPA director of aviation security.

To organize and simplify the process, Cross Borders looks at a flight one step at a time, and answers many of the “What if” questions that come up as a pilot prepares for the journey.

For example, when validating travel documents of those who will fly, what if a traveler has two passports? The guide explains that in such a case, the pilot should be sure that the passport the passenger is carrying matches the travel document data in the Electronic Advance Passenger Information System (eAPIS) manifest, and if the passenger is a U.S. citizen, that he or she is using a U.S. passport. Also, the pilot should check the passport’s expiration date.

The guide contains a detailed checklist that provides a step-by-step approach to managing each phase of a cross-border flight, including emergency-landing procedures for reporting the event and segregating an aircraft’s contents.

How CBP classifies airports is need-to-know information for a pilot when it comes to planning the return flight to the United States.

The guide explains the differences between the types of airports of entry, and how much notice may be required to use a particular type of entry airport. A map of CBP Designated Airports—those to be used when arriving from areas directly south of the United States—is provided.

In July, AOPA conducted a member survey to better understand the experiences GA pilots have had with cross-border flying. Several of the 15 questions focused on pilots’ experiences with CBP requirements and procedures including eAPIS.

The survey recorded 1,232 responses from pilots who indicated that they have flown a GA aircraft across a border separating the United States and another country in the past three years. Among GA destinations, Canada was the most-visited country (42 percent), followed by the Bahamas (32 percent), and Mexico (26 percent).

The survey revealed that the majority of GA pilots “have positive experience flying cross border and clearing U.S. Customs; however, many feel that compliance procedures could be made easier.”

They said they would like to see standardized and streamlined procedures; improvements to eAPIS such as adding capability to store passenger data, and flexibility to change date/time/place of entry; automated estimated time of arrival update; and a simplified clearance process such as a trusted traveler program for GA. AOPA is working with CBP and other GA stakeholders through the CBP General Aviation Working Group, whose goal is to address these issues and streamline cross-border flying.

A recommendation to develop a trusted traveler program for GA will be on the agenda when AOPA President Mark Baker meets in the near future with Acting CBP Commissioner Kevin K. McAleenan to discuss key initiatives that would benefit GA and CBP.

Dan Namowitz has been writing for AOPA in a variety of capacities since 1991. He has been a flight instructor since 1990 and is a 35-year AOPA member.
Go to Dan Namowitz's Profile
Topics: Advocacy, Cross Border, Cross Border