Get the app Get the app
Already a member? Please login below for an enhanced experience. Not a member? Join today
News & Media Quick Look: Cessna Citation VII

Cessna’s 650-series Citations were introduced for the 1983 model year and made a splash with their big cabins and swept wings. And with a cruise speed north of 450 knots, the first of the series, the Citation III, put a muzzle on those who proclaimed all Cessna jets as “Slo-tations.” The 650 series were pivotal designs featuring a swept, supercritical wing rather than a simple, straight wing used on Cessnas since the 1930s. This modern, advanced design yielded speeds previously seen only in Learjets, Gulfstreams, and Hawkers. The design tipped Cessna into the category of “serious contender” in the jet arena. 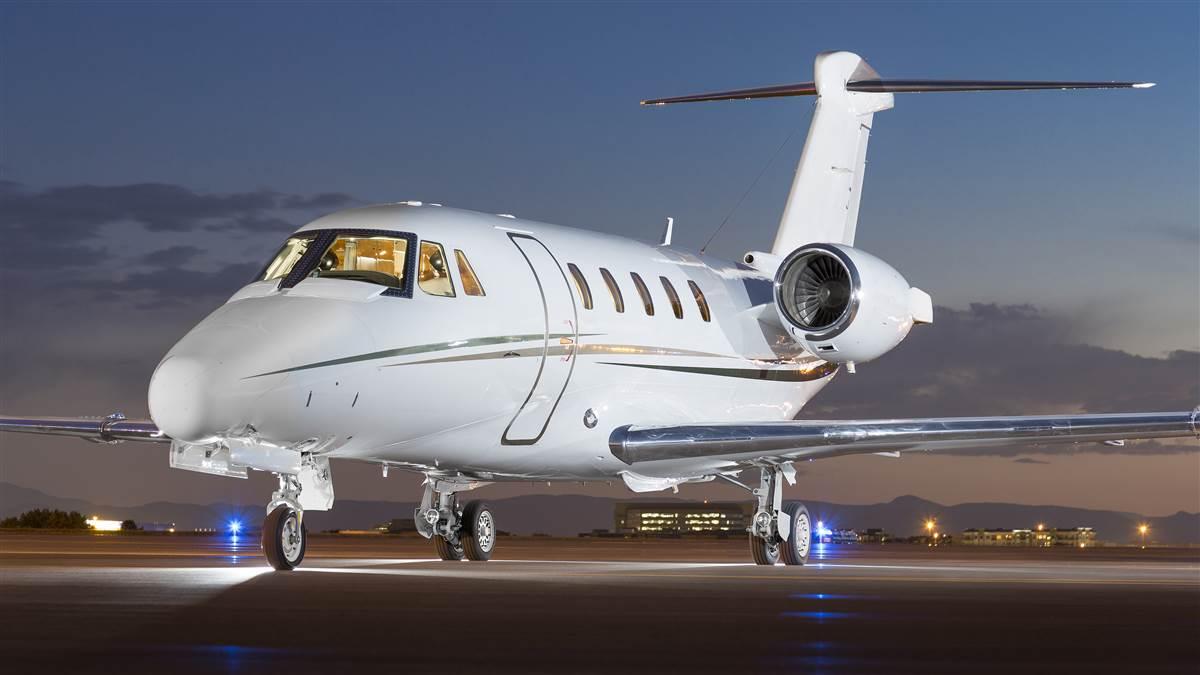 The apex of the 650 series is the Citation VII, introduced for the 1992 model year. The VII was Cessna’s biggest and fastest Citation until the advent of the 750 series, better known as the Citation X, in 1996. The VII took the III one better with higher thrust engines that boosted takeoff, climb, and cruise performance. A maximum takeoff weight increase, new avionics, and improvements in creature comforts rounded out the package to set the VII apart from the III.

Up front, gone were the round dials in favor of a five-tube Honeywell electronic flight instrument system (EFIS), backed up with optional dual Honeywell GNS-X flight management systems (FMS). Honeywell’s SPZ-8000 autopilot/flight director system formed the basis for the VII’s avionics package. These days, there’s a good chance most Citation VIIs will have a mixture of modern and legacy avionics.

In the cabin, Cessna addressed concerns that owners of the Citation III had and improved the soundproofing, design, and cabinetry. Systems-wise many other improvements were made. One of the more welcome redesigns came when Cessna simplified the flaps to provide more reliability and reduce maintenance. The flap redesign of the VII can be retrofitted to the III/VI.

The big difference in the VII is the engines, which are 4,140-lbst Honeywell TFE-731-4 featuring digital electronic engine controls (DEECs), the precursor to today’s FADEC systems. The DEECs provided electronic engine control, relieving the pilots of overspeed and overtemp protections, most notably during takeoff. Balanced field length is 5,170 feet, which puts it between the Lear 45 (4,350 feet) and Hawker 700 (6,825 feet), according to analysts Conklin and de Decker.

All 650-series Citations are certified to FL510, although you’ll likely never see one that high. Best speed/efficiency/payload numbers are achieved in the high 30s and low 40s. Expect around 460 KTAS/M0.83 at FL410, burning about 1,700 pounds per hour, in a Citation VII. While all 650-series Citations can achieve similar cruise speeds, the VII gets a bigger load off shorter runways and up to altitude in a shorter time. Expect about 18 minutes to reach FL370.

Inside, the VII features a stand-up cabin (69 inches) and a fully enclosed lavatory large enough to double as a dressing room. Baggage is stored in a 51-cubic-foot external bin, which is heated but not pressurized, so don’t swipe the hotel shampoo and climb to FL470 or you’ll have a mess in your bag. Vref pegs the value range of a Citation VII at $1.3 million for a 1992 model up to $2.4 million for a 2000 model.