The Sun Flyer 2, a prototype electric airplane being developed by Bye Aerospace in Colorado, took to the air on April 10 with a “fantastic first flight,” the company said in a news release.

The zero-carbon-emission, two-place airplane designed to slash operating costs and noise is aimed at the flight training market. Another prototype under development, the four-place Sun Flyer 4, targets the pilot-owner market segment.

AOPA reported in February that the company had completed a $5 million funding round to keep its test program, established in 2014, on track for the aircraft that Bye Aerospace says will be “the first FAA-certified, U.S.-sponsored, practical, all-electric airplanes to serve the flight training and general aviation markets.”

“We are excited about the future and the potential the Sun Flyer family of aircraft has to revolutionize general aviation, providing improved affordability and accessibility,” CEO George Bye said after the test flight from Centennial Airport, south of Denver. 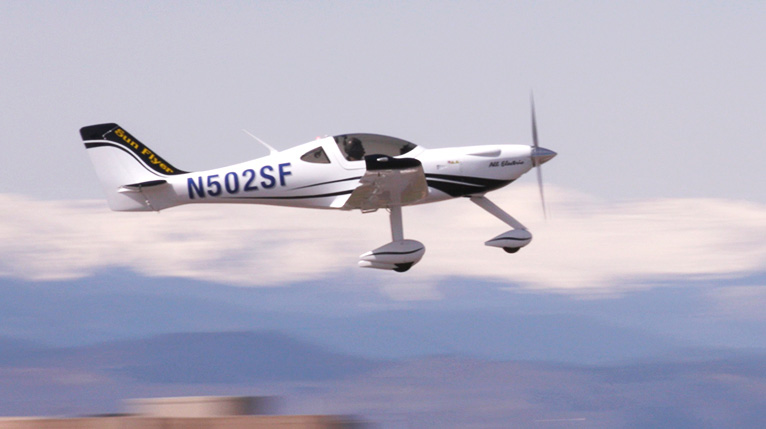 Bye Aerospace said it plans soon to announce the electric motor partner for the family of FAA-certified Sun Flyer aircraft.