Get the app Get the app
AOPA Members DO more LEARN more SAVE more - Get MORE out of being a pilot - CLICK HERE
News & Media Budget Buy: T-6 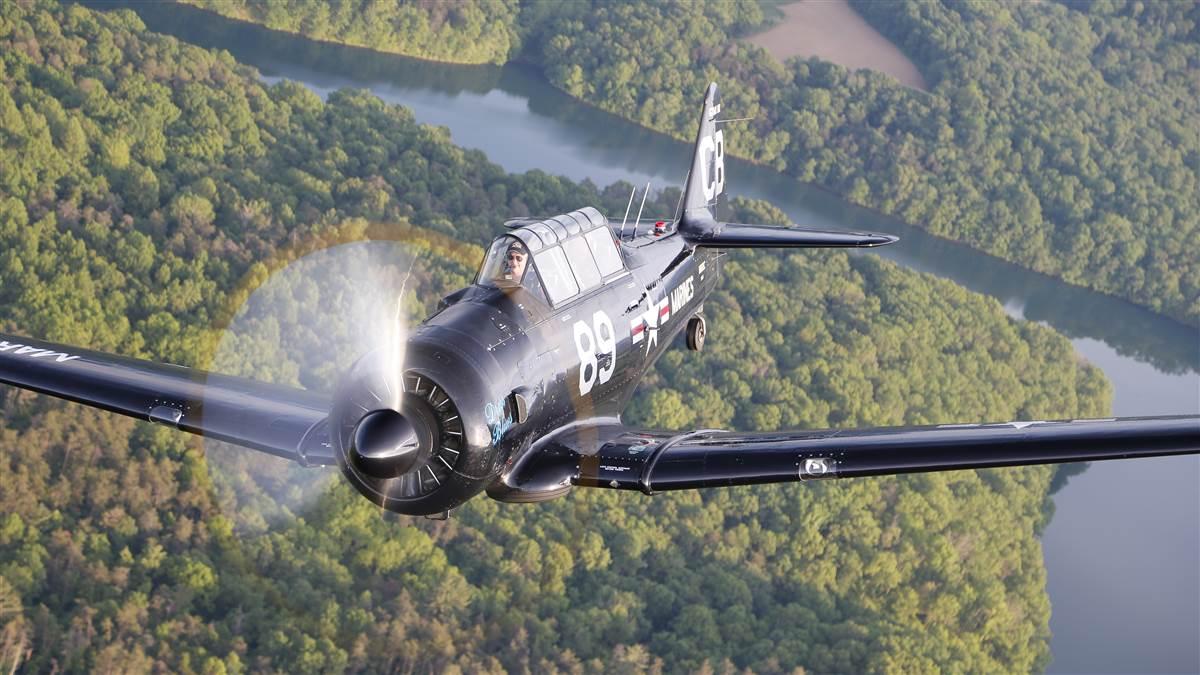 How many in the fleet: More than 500 are registered in the United States

Airworthiness Directives: In 2005, the FAA issued an emergency AD requiring an inspection of wing attach angles after a catastrophic in-flight failure.

Biggest plus: Tangible connection to history

Biggest minus: Loud and thirsty

Things to watch out for: Proper repair of any previous damage.

And One More Thing: Flying a T–6 is a sensory experience. The loping sound and feel of a radial engine at idle, a fresh breeze swirling through the open canopy on takeoff, the precise feel of the pushrod/ball-bearing controls, and the sense of accomplishment from a good landing don’t translate into performance numbers. The airplane challenges and delights pilots of all experience levels.

“I bought my first T–6 thinking it would be a stepping stone to a P–51 Mustang or another higher-performance piston fighter,” said David Peeler, of Memphis, Tennessee, who later owned and flew a Hawker Sea Fury. “But one of the best bits of advice I ever got was from a Mustang pilot who told me that, whatever else I did, to keep my T–6.”

The T–6 is as demanding and enjoyable to fly as more mechanically complex and costly warbirds. “The seating position, the panel layout, the control feel, and the flying qualities, are remarkably similar,” he said. “The only real difference is that the Mustang is 50 knots faster.”

The prototype T–6 first flew in 1935, and it was one of the most successful military trainers in history with more than 17,000 built. The North American product was an advanced trainer during World War II and the U.S. Army Air Corps used it for formation flying, aerobatics, tactics, and gunnery. The U.S. Navy used its version (the SNJ) for all that, as well as initial aircraft carrier landings. In the 1950s, LT–6s were used for battlefield reconnaissance in Korea, and the U.S. Air Force and Navy used them as primary and instrument trainers where they were known as “pilot makers.” The moniker is apt because the T–6 rewards proper pilot technique and punishes sloppiness, both in the air and on the ground. If a pilot is too fast on landing, a bounce is almost assured. A momentary loss of directional control can result in an embarrassing and expensive ground loop. When maneuvering, the slightly swept wing leading edges can lead to some lively departure characteristics.

Jimmy Gist, a veteran T–6 racer, said the airplane’s rowdy nature comes from the fact that, “it was made by 18-year-olds for 18-year-olds.”

Many of the T–6s owned and flown by civilian U.S. pilots were sent overseas in the 1950s and 1960s, then brought back. A huge lot of T–6s and parts came from Spain, and others from South Africa. The airplanes are airshow mainstays where their prodigious smoke and noise make them impossible to ignore. The Aeroshell Aerobatic Team does gorgeous day and night routines with four airplanes, and the Geico Skytypers fly six. Overseas, the Flying Lions of South Africa perform a breathtaking formation “water skiing” stunt in which they skim their main wheels across the surface of a lake in formation.

The T–6 is the gateway to other warbirds. When looking to fly piston fighters, the first question any insurance company is likely to ask is how much T–6 time a pilot possesses. (Better yet is backseat pilot-in-command time as an instructor.)

“The T–6 is the key to the kingdom when it comes to warbirds,” Peeler said. “But you shouldn’t forget it’s an incredible airplane in its own right.”