Corporate aviation has its own pilot population shortages

A friend was searching far and wide for a ﬁrst oﬃcer to ﬂy an exquisite Falcon 2000EX EASy, but couldn’t ﬁll the position despite the six-ﬁgure starting salary accompanying it. The company had advertised, oﬀered hefty referral fees, upped the salary and beneﬁts package—and still came up empty-handed. 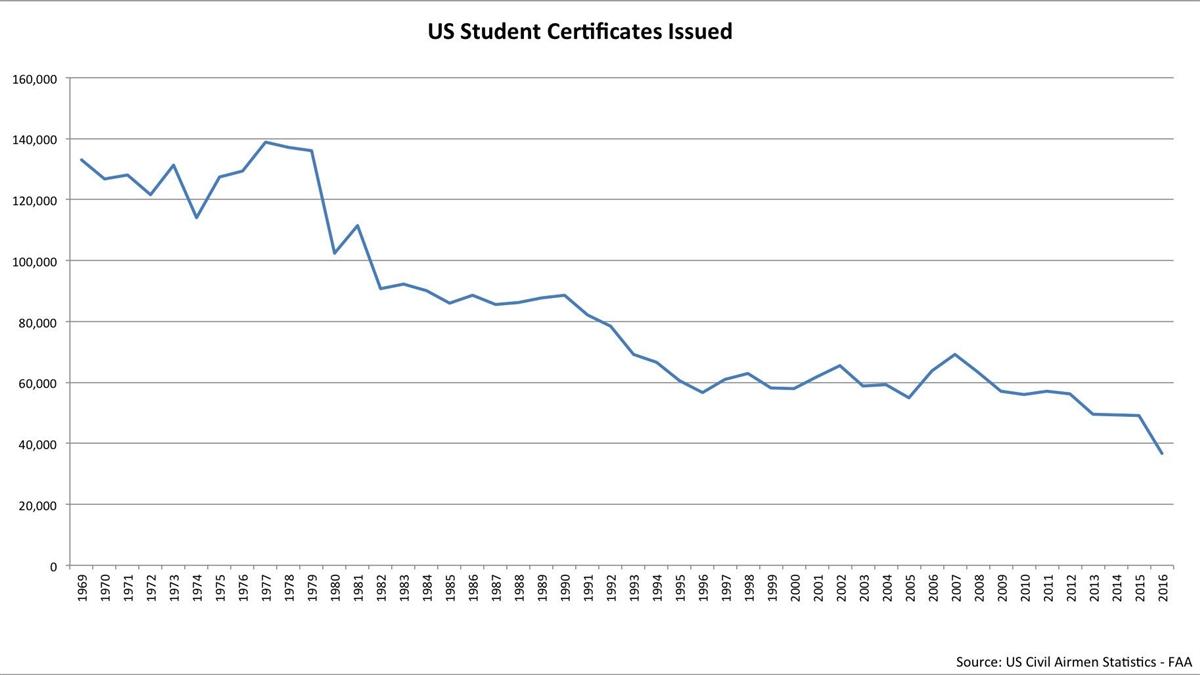 The financial crisis of 2008 contributed to a decline in student starts after a level-off in the 1990s and early 2000s. 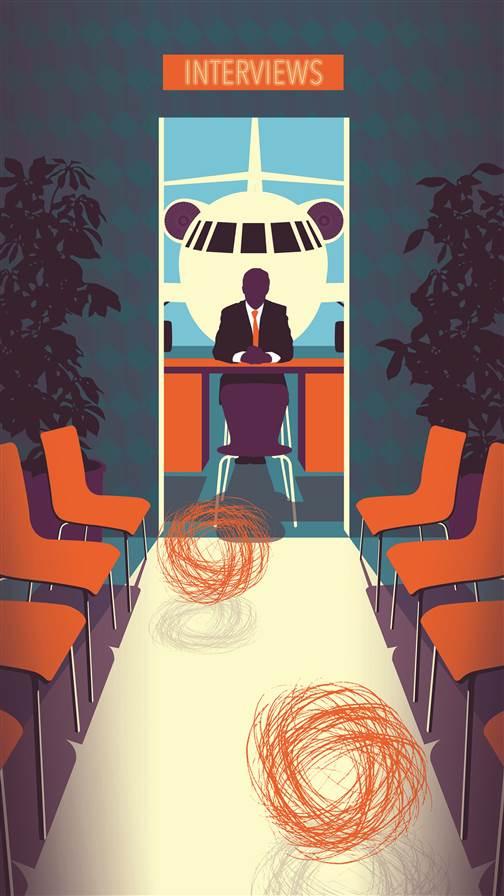 I’d sent him pilots for other jobs in the past, but by this time my own cupboard was bare. Everyone I knew who was even remotely qualiﬁed for this kind of gig was already fully employed.

How we got here

This conundrum started many years ago. Sometimes it feels like it was in a galaxy far, far away, too. It cost me $4,000 to earn a private pilot certificate in 1998. Can you imagine? That same certificate at the same FBO will set you back four times as much today. Higher fuel prices, insurance rates, maintenance and parts prices, and a shrinking industry ratchet up the costs for those who remain. Some are forced out of the game altogether, while others never get a chance to start.

We’re all familiar with the downsizing, mergers, furloughs, and bankruptcies that rippled throughout the aviation world after 2001. Flying careers had already lost much of their luster and accessibility even before the walls closed in post-September 11.

The next hit was the economic crisis of 2008, an event that played a central and somewhat underappreciated role in the current labor shortage. Obtaining the necessary certiﬁcates and ratings to work as a professional pilot can be a six-ﬁgure ﬁnancial commitment. Few young people have that kind of bankroll, so borrowing money is one of the only ways to make it possible in a reasonable timeframe. After 2008, ﬁnancing options for unsecured loans dried up almost overnight, taking student starts—and more than a few ﬂight schools—with them.

Ironically, this mid-2009 timeframe was almost the exact moment the mandatory retirement age for airline pilots was raised to 65. This eﬀectively masked the avalanche of Part 121 retirements for another half decade. And while the existing pilot workforce was growing older, there were precious few people training to replace them. The chasm was growing right before our eyes, but most were not sage enough to recognize what was happening—rumors of pilot shortages have been a part of almost every decade since the Wrights invented the airplane.

Business aviation versus the airlines

While the major airlines seem to be holding their own when it comes to recruitment, they’re doing so largely at the expense of business aviation and regional airlines. Christopher Broyhill wrote in December’s Business Aviation Advisor that the majors used to rely on the military for a steady supply of aviators, but now “target business aviation pilots, because they have time in sophisticated aircraft and are a known commodity when it comes to training and upgrade.”

NBAA recently conducted a workforce retention study and found that pilots leave the corporate and charter world because of a perception that compensation, quality of life, and stability are better at the airlines. One of the most sobering metrics from that study indicates that well more than half of business aviation pilots are at least considering a move to the Part 121 world. 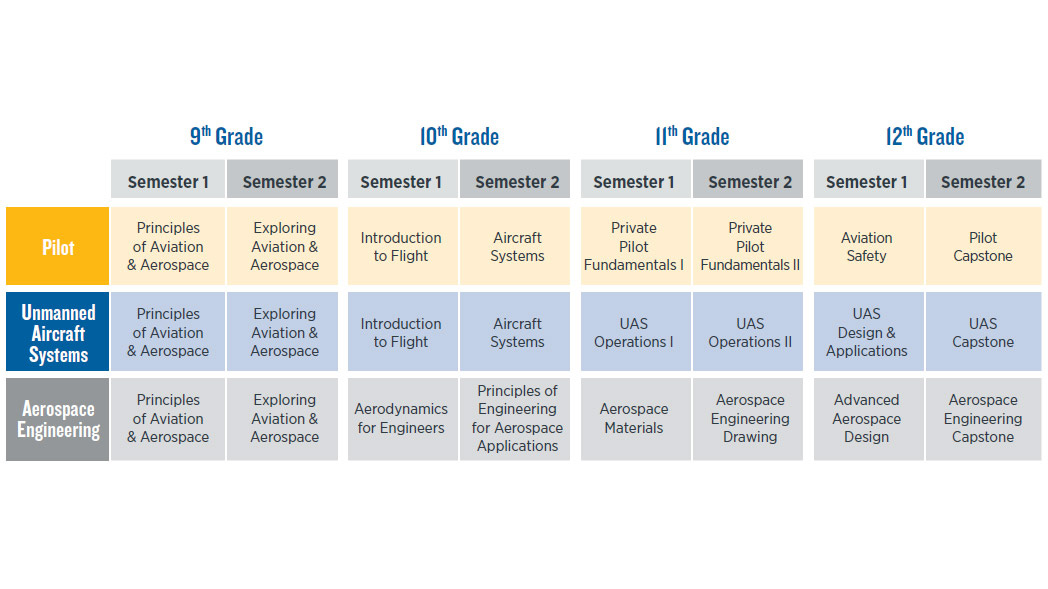 Exposing kids to the wonder of flying at an early age can inspire future pilots. To that end, AOPA is testing an aviation-centric science, technology, engineering, and math (STEM) curriculum developed through the High School Aviation Initiative, part of AOPA’s You Can Fly program.

This labor shortage may prove far more challenging to solve than even the industry itself has realized, because the skill set required of business aviation pilots extends far beyond that required of an airline pilot.

Airlines ply a limited route network, whereas business aviation can take you anywhere on the planet, and requires corporate and charter pilots to operate with greater autonomy and less support. My company’s director of operations once called to alert me about a trip to Pyongyang. (That ﬂight was canceled, but during the planning stages I was surprised to ﬁnd that Jeppesen does include charts and data for North Korea. That would’ve really given me a leg up when comparing destinations with other Gulfstream pilots.)

Business aviators must function at various times as ﬂight attendants, managers, dispatchers, instructors, mentors, recruiters, businessmen, accountants, and more. Some employers run steady and predictable schedules, but for most, the only constant is change. And let’s face it, not everyone thrives in that environment. Many ﬁne aviators lack the requisite skills, or simply have no interest in these sorts of challenges. Some of the talents are innate and cannot be taught—you either possess them or you don’t.

The charter industry has a unique challenge in the form of requirements from safety auditing ﬁrms such as ARG/US and Wyvern, which are ubiquitous components of the competitive Part 135 landscape. These auditors set standards that far exceed FAA minimums. This can have positive safety repercussions, but it may also reduce the pool of available candidates.

Will Rogers once said, “If you ﬁnd yourself in a hole, stop digging.” Doctors have the same philosophy: First, do no harm. In aviation terms, that means retaining existing pilots by providing compensation and quality of life that meet or exceed what others are oﬀering. While that sounds pricey—and it is—it’s almost certainly less expensive than replacing high-quality flight crew.

Second, since pilots require years of training and seasoning in order to qualify for corporate aviation or airline jobs, the critical role general aviation plays in the health of our industry has to be acknowledged. Light GA is the foundation of the proverbial food pyramid, providing the experience and opportunities necessary for building a well-rounded aviator, and it must be respected and nurtured if the rest of the aviation world is to thrive.

Achieving that goal will demand a reduction in the cost of light GA ﬂying. This is one area where a modicum of progress can be seen: the Part 23 rewrite, a shift away from heavy-handed FAA enforcement policy, the availability of non-TSO avionics for the light GA ﬂeet, and so on. But more must be done. Liability and tort reform would be an excellent place to start. Access to reasonable ﬁnancing options are another “must have” element of a healthy aviation ecosystem.

It also will require a long-term publicity and recruitment eﬀort on the part of the entire industry. Organizations such as The Ninety-Nines and Women in Aviation International have made strides over the years, but today 93 percent of the pilot population is still male.

We’ve got to expose kids (and parents) to the wonder of general aviation at an early age, getting them out to the airport, bringing aviation-related STEM activity into their classrooms, and making airﬁelds a hospitable place for visitors again.

I know from ﬁrsthand experience what an outsized impact these accessibility eﬀorts can have. In 1977, a kind TWA ﬂight engineer spent a few minutes with me after a ﬂight to St. Louis; I’m sure he forgot about the experience shortly thereafter. I didn’t. Four decades later it remains an indelible and cherished memory. It’s also part of why I’m an international captain on a large-cabin Gulfstream today.

Fixing the industry’s employment shortfall is possible, but it won’t be easy—or cheap. The market has turned, and the future belongs to those who embrace the change. AOPA