It is ridiculously dark in rural Alabama after sunset and before moonrise.

The county roads are thickly lined with trees, the eyes of creatures flashing in the headlights. Life here before GPS seems almost unimaginable; turnoffs emerge faintly in the darkness and, in this hilly county, the road rises almost like a mountain wall. At the top of a hill a farmhouse sits in an undulating field of brush and long grass. Several emergency services vehicles are parked along the drive and a brush fire flickers down by the creek. The whirl of small plastic blades cuts over the buzzing of mosquitos and other insects, and hopefully not a rattlesnake—a Blount County EMS employee has fired up a DJI infrared and zoom-equipped unmanned aircraft system. The drone is looking for the source of the fire. 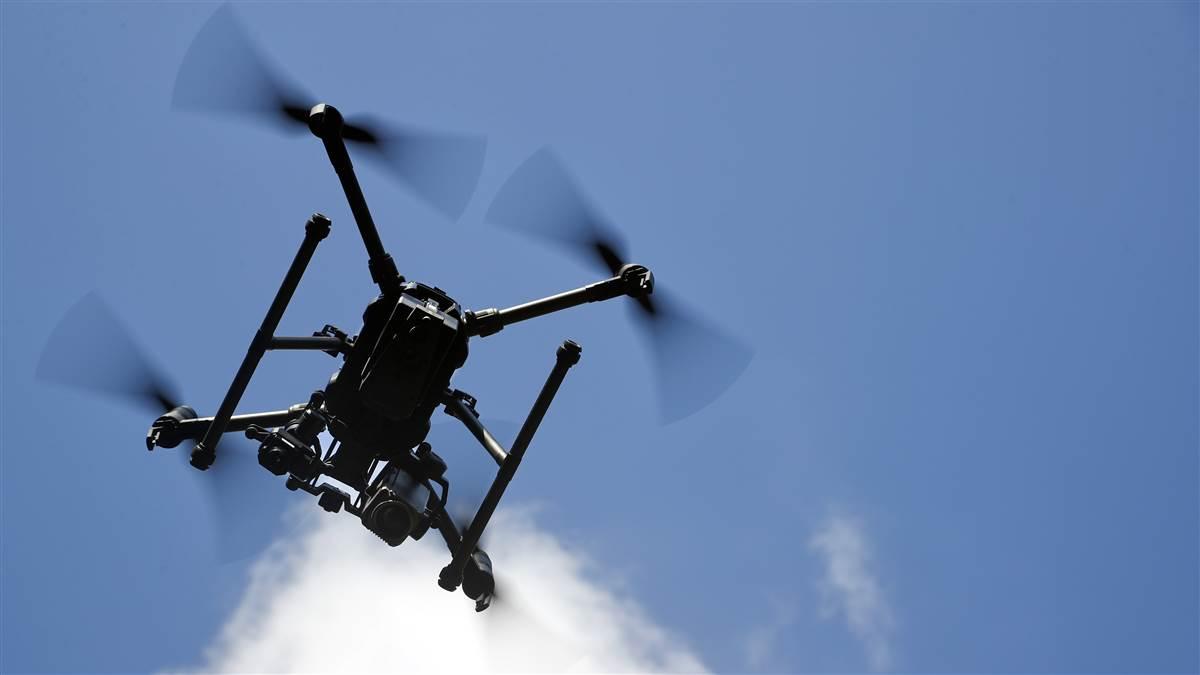 Matt Sloane calls the Matrice 210 a “game-changer for drones in public safety.” It has dual daylight cameras and a thermal imaging camera. It also has an Automatic Dependent Surveillance-Broadcast In (ADS-B In) transponder system so it can receive signals from aircraft equipped with ADS-B Out (mandated for all aircraft by January 2020). The “quadcopter” has four motors and four rotor blades. It is equipped with a forward-looking infrared (FLIR) camera and can run for 20 to 40 minutes, depending on its payload. It can fly in most weather conditions and in high winds. The base cost of the Matrice 210 is $8,999; cameras are additional ($8,900 to $14,000).

“Blount County is not a very wealthy county,” admits Caleb Branch, communications director of Blount County 911. “But we have a robust 911 system and using a drone provides us an economical resource; it’s our eyes in the sky.”

Branch stands out in this Alabama field almost as much as the drone. He is a young leader bringing the benefits of technology to an area rooted in tradition—a place known more for Sunday suppers than cutting-edge innovation. Several minutes with him reveal not only his intellect but his resourcefulness. “It’s kind of a funny story,” he starts. “I bought my own commercial drone and got my Part 107 license. We started using it on multiple things such as a manhunt, an airplane crash, and weather assessment. The FAA needed aerial images of the crash and when a line of storms came through here we sent weather photos to the National Weather Service. It led us to the thought that there are certain things you can’t get with a commercial piece of equipment.”

Mainly, Branch says, a zoom camera and infrared night vision. So he started researching companies that specialize in drones and at the same time organized mailing letters to the 33 county agencies Blount County 911 services—the fire, police, and emergency responders, the sheriff’s office, the town councils—to get a buy-in and received a 100-percent response. Each agency sent the money it could afford. When he identified the DJI drone that looked like it would be the best model for his needs, Branch discovered Skyfire Consulting in nearby Atlanta. “Skyfire is a reseller of DJI products,” Branch says. “We were looking for a company well-versed in drones with a background in public safety and some one that was in close proximity to us here in Alabama. Skyfire had the product we needed and also had the expertise and background in public safety.”

A CNN producer meets a pilot

Matt Sloane had a successful career as a medical news producer at CNN in Atlanta. After a decade with the company, he was looking for something new. An EMS responder himself, he was invited to speak at a local fire department gathering to discuss how CNN covered major stories. After his talk—and a discussion on CNN’s use of drones—a member of the audience asked how emergency responders could use drones. “I said I don’t know but I’ll find out and an idea was born,” Sloane says.

Although Sloane had a background in EMS and knew the importance of public safety, and, more important, that the FAA is greatly involved in drone activity, he knew he did not know enough about aviation. He is now a private pilot, but three years ago when the idea for Skyfire was born, he asked a friend if he knew anyone with a pilot certificate and his friend introduced him to Ben Kroll. A 5,000-plus-hour CFI, Kroll agreed to help develop a training syllabus for Skyfire. 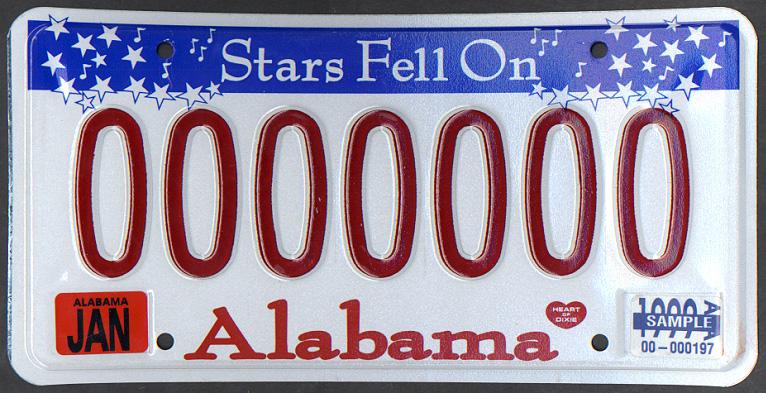 Alabama’s automobile license plates once paid tribute to the Leonid meteor shower of November 1833 and the book and song of the same name: “Stars Fell On Alabama.”

“We incorporate a manned aviation mindset into our training,” Kroll says. “Information such as aeronautical decision making, safety processes, checklists, scenario-based training. We want to impress that this is an aircraft and you are flying in the National Airspace System.”

Skyfire has supplied the UAS, training, and support to more than 60 public safety departments in 17 states around the country, from fire and rescue to law enforcement, according to its website. Since 2014 when Skyfire began, more than 2 million drones have been registered in the United States and more than 70,000 people have earned the new remote pilot certificate, FAR Part 107. Sloane is the chief executive officer and Kroll is the chief operating officer and chief instructor. Walt Wylupek is the chief strategy officer and Adam Weaver is general counselor. They are the four co-owners and have a staff of eight.

“Programs range wildly in price, largely depending on what kind of equipment they [clients] want,” Sloane says. “A program like Blount County’s would cost about $45,000, but more than $30,000 of that is equipment. The drone is about $9,000, thermal is $10,000, zoom is $9,000, then batteries and cases and stuff. The rest is for training for their pilots, setup of the program with standard operating procedures, operations manuals and logging stuff, plus the FAA certificates of authorization we file for them. Two different types: one for Class G airspace and one for controlled airspace in their jurisdiction.”

Sloane and Branch exchanged a lot of emails and eventually met and, working together with Kroll, trained the eight UAS operators for Blount County 911, many of whom now have their FAR Part 107 remote pilot certificates. But Blount County’s relationship with Skyfire didn’t end with purchasing the drone and initial training. Skyfire returns to clients like Blount County for recurrent training. On this pitch dark night in the countryside, Skyfire is helping operators conduct night flight around a fire, specifically getting them comfortable with the visual illusions the fire creates and helping them learn to keep track of the drone in the dark. Oh, they also supplied barbecue, macaroni and cheese, and fixins from a famous local restaurant to the responders and owners of the farm. There’s a lot of discussion about the merits of Southern banana pudding.

“Drones are important to public safety,” Sloane says. “It allows first responders to do their job more safely. A drone allows them to get close to a fire or chemical spill without putting their lives in danger, and to do so more quickly and efficiently.”

The next morning the Skyfire crew and Blount County 911 operators drive down to the Swann Covered Bridge on the Locust Fork of the Black Warrior River. The longest covered bridge in the state, built in 1933, it looms high over a hiking trail, which Skyfire will use to demonstrate drone use for finding a hiding criminal—in this case, played by a local law enforcement officer. To increase the fun, they enlist the aid of a local EMT and his expertly trained search and rescue dog. Neck and neck the drone and dog sniff out the elusive felon. Dog 1, drone 0.

Next Branch wades into the river so the Skyfire crew can demonstrate the use of the drone to rescue someone in the water. Kroll says the DJI drone can carry about five pounds so they’ve attached a lightweight inflatable raft. Unfortunately, the wind and the weight appear to be too much for the drone and it flails wildly, nearly smashing into the bridge. It crashes and the small raft opens when the drone hits the water, leaving Branch to fend for himself—and to rescue the damaged drone as it and the raft attempt to float away.

Sloane is unfazed. “We have clients all over the country from big departments to small departments and major cities. Blount County is a relatively small department compared to others we work with, but I actually think the drone is more useful in places like this. It’s a force multiplier. If Caleb goes out and responds, there’s often not many with him and the drone can give information and intelligence he couldn’t get as quickly on his own.”

Soon after the purchase of its drone and training from Skyfire, Blount County 911 responded to a missing person report. The drone assisted in recovering the lost dementia patient. And although the local television station called the DJI Matrice 210 drone “Blount County’s fancy new toy,” Branch is sure of his move: “It’s worth the investment. This is where public safety is headed.” AOPA